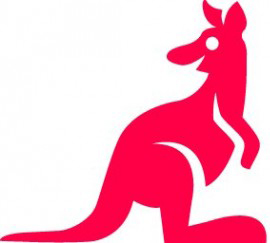 The Consumer Electronics Association along with the Computer and Communications Industry Association and the Internet Association tells a federal court that the Dish Hopper service that allows consumers to record and zap ads in all network broadcasting does not violate copyright law. Broadcasters have sued Dish, claiming copyright violations and breach of distribution contracts.

The Consumer Electronics Association, along with the Computer and Communications Industry Association and the Internet Association, is backing Dish Network in its legal fight with the broadcast networks over the legality of Dish’s Hopper DVR service.

The broadcasters have sued Dish in federal court, alleging that the Hopper with its ability to record and skip all ads in network programming with the press of a button or two violates copyright law and breaches agreements that allow Dish to distribute network programming.

The support came in the form of a joint amicus brief filed Thursday.

“Almost 30 years ago, the U.S. Supreme Court ruled in Sony that personal, private noncommercial use of video programming is legal, and products that have significant legal uses may not be blocked by copyright owners,” said CEA President Gary Shapiro in a prepared statement.

“Today, broadcasters seek to reverse this Supreme Court decision and kill what is essentially a new generation of VCR. The Hopper is more convenient to use and has more storage capacity, but has the same essential function — it allows viewers to time-shift and watch television programming at their convenience. The simple fact is, making television easier to watch is not against the law. It is simply pro-innovation and pro-consumer.

Why am I not surprised. For Shapiro it’s all about sticking it to broadcasters at every opportunity. Nothing more.