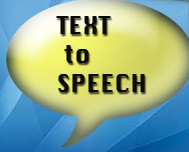 With the FCC's Nov. 30 deadline for TV station implementation of audible captioning rapidly approaching, vendors of the necessary equipment say that many broadcasters remain confused about what is and isn’t required of them to comply; the difference between EAS rules and the new rule; and even the difference between text-to-speech and speech-to-text.

Confusion, complexity and concerns over possible unintended consequences seem to best sum up where the television industry stands with less than two months to go until the mandated implementation of the FCC’s audible captioning rule that goes into effect Nov. 30.

“We hear people say, ‘Oh, speech to text, we need that,’ ” says Bob McAlpine, EVP, sales and marketing at Cobalt Digital, which offers a text-to-speech product.

“Speech-to-text is a valid functional requirement, but that’s not what this is all about.”

What it is about is processing text-based emergency messages regarding severe weather, road conditions, industrial accidents and other potentially life-threatening situations, and automatically generating those messages as the spoken word for the visually impaired.

The new rule — a scaled-back version of what was due to take effect in May — requires stations presenting emergency text crawls to provide the aural equivalent on their secondary audio program (SAP) channel.

When an emergency crawl appears, a series of beeps or tones on the main audio program alerts those who are visually disabled to switch their TVs over to the SAP channel.

There, the tones are repeated, the regular audio on the SAP channel is muted and the emergency crawl is presented twice as speech, before returning to the normal SAP audio, says Ed Czarnecki, senior director, strategy and government, global government solutions, at Digital Alert Systems, which also offers a text-to-speech solution.

One source of confusion for some broadcasters is figuring out how to present crawling school closings during a snow storm as SAP audio, says Alan Vernick, president of Vernick Technology, which offers a text-to-speech solution.

In some markets with hundreds of schools, doing so could take hours, which effectively would wipe out playback of the secondary audio associated with a program.

However, in May the FCC issued a temporary waiver of its requirement to present the audio equivalent of textual school closings on the SAP channel, putting the problem on the back burner, at least for now, he says.

Perhaps the biggest point of confusion is over EAS rules vs. CVAA requirements, says Digital Alert Systems’ Czarnecki. “Where does EAS stop and where do the requirements of CVAA begin? That’s what many broadcasters don’t understand.”

“There is no requirement to switch the audio of an EAS alert into the secondary audio program,” he says. “The premise the FCC is operating under is that under Part 11 rules, television broadcasters already are required to display the text of the [EAS] alert on the screen and carry the audio of the alert in the main program audio.”

However, confusion can creep in. For instance, a station that strips out an EAS-delivered Amber Alert and presents that information as an emergency text crawl would be required to comply with the CVAA rule and present the audio equivalent on its SAP channel.

Deploying text-to-speech technology injects a new level of complexity into the operations of some broadcasters, as well.

For stations currently not offering an SAP channel but displaying emergency text crawls on their main channel, the rules will necessitate not only adding a text-to-speech engine but also an SAP generator, says Clinton Ash, president of Quest Research & Development Corp., which offers a text-to-speech solution.

“I am finding between 30% and 40% [of stations] having nothing on their SAP,” says Ash. Another 30% to 40% of stations Ash is working with only periodically offer audio on their SAP channel, such as during primetime, leaving it “at other times with static,” he says.

“At this point they are going to have to start pushing their 24/7 audio [main channel audio] over to their SAP channel, and buy the necessary hardware to fulfill the [CVAA] requirement,” he says.

Another layer of complexity is added for each digital subchannel where emergency text crawls are displayed, which will trigger the need to convert text to speech for the SAP channels associated with those dot channels, Vernick says.

Further complicating matters for both vendors and broadcasters is the number and diversity of emergency data sources a broadcaster may use to source emergency information.

Each of those sources, which range from the National Weather Service to specialty news services and tickers, potentially use a unique — and in some cases proprietary — data format that must be recognized by the text-to-speech generator.

Both Czarnecki and Ash, for instance, say their respective companies have had to accommodate the data formats used by more than a dozen different emergency information sources.

Two of the vendors to offer text-to-speech products this spring in time for the original deadline are Baron Weather and WSI. Both companies initially confined their text-to-speech solutions to working only with their respective systems for weather-related emergency warning systems.

Mike Mougey, VP broadcast sales at Baron, says his company’s offering currently works exclusively with the Baron weather alerting crawl system. However, the company will work with its customers to support other data sources as required, he says.

Similarly, WSI’s text-to-speech solution was built to work with its emergency weather crawl solution, says Jim Brihan, director of product management. However, WSI is conducting field trials of its speech engine being driven by plain text and XML-formatted information, he says.

The FCC’s CVAA implementation rule may also have a couple of unintended consequences that in essence negate the aspiration of providing the visually impaired with aural emergency warnings.

Scott Flick, a partner with the law firm of Pillsbury Winthrop Shaw Pittman, says the FCC rules put stations in an awkward position.

On one hand, they wish to fulfill their obligation to serve their communities. On the other, they can sidestep the FCC rules completely simply by choosing not to run emergency text crawls.

“Unfortunately, it does put a station in position of saying: ‘Oh gee, there’s some weather out there. Should I quickly let everybody know about it? Of course, if I do that I have to make it available in audio and video format. Or, do I just let this one slide?’ ” he says.

Quest’s Ash confirms that a small percentage of the broadcasters he is talking to are considering dropping emergency text crawls to sidestep the new requirement.

The other unintended consequence is that the FCC rule may ironically make it impossible for most visually impaired people to access the aural description of the emergency text crawl, says Ash.

But most modern televisions do not have an SAP button on their remote controls, he says. To access the secondary audio program, viewers are required to make on-screen menu selections — something that depends on having the ability to see.

“It is such a pain that it is to the point that the visually impaired will not be able to use this service,” he says.

In many cases, TV stations are already meeting the spirit of the requirement, he adds. When a severe weather event is occurring and a crawl is generated, stations frequently have their meteorologists updating the information, which the visually impaired can listen to, he says.

“I’d love to sell this solution, but it is a total waste of time, and the broadcasters feel the same way.”

(Editor’s note: Follow this link to some helpful text-to-speech resources.)

The use of the SAP channel as the TTS source presents a number of interesting challenges. As was pointed out in the article, there isn’t an easy way to activate the SAP channel but I am not certain that is as big a issue as it might be perceived. Station supplying VDI content are typically doing that via SAP so theoretically visually impaired people would already be familiar with how to activate and deactivate SAP on their receivers. I think a more complex issue is that the non-English speaking house hold that is watch programming where the SAP service is being used to deliver another language version of the program. This is after all what the SAP was originally designed to do in markets with large non-English speaking communities. Now in this scenario, an emergency crawl appears on the screen (presumably in English) and the non-English sound track on the SAP channel ceases and is replaced by a computer voice “reading” the text in English. The non-English speaking viewer has the video disrupted by a crawl they don’t understand and the foreign language sound track is replace by an English which they don’t understand. Does anyone else see this as a problem?

Several years ago, stations in DC were fined by the FCC because they failed to provide closed captioning during a Tornado that came up quickly and ran through the University of Maryland Campus killing 2 students. The station that stayed with normal programming received no citation. I cannot think of a more serious threat to life than this situation and cannot fathom why you would be cited for immediately displaying maps showing the path of the tornado without CC. TTS is going to force decisions like that. Do we warn without TTS ready or do we just watch it slip by showing movies?

This is a solution looking for a non existent problem…Is the next silliness going to require radio stations to add video for hearing impaired listeners?

Why not? They’ve got “HD Subchannels” now. Put some really low res video in there…