Back to TVNewsCheck Home Print this page
TVNEWSCHECK FOCUS ON MULTICASTING 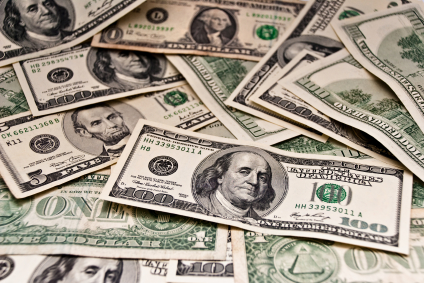 While multicasting is still in its infancy, a growing number of the D2 and D3 channels have turned into new revenue streams, accounting for about 3% of station ad money, according to BIA/Kelsey. The biggest earners are broadcast networks that don’t have a full-power home, but multicast-only nets like This TV, Live Well, Antenna TV, Bounce TV and Me-TV are creating their own growing niches as well.

Digital multicasting may never match the financial heft of broadcast TV stations’ main channels or create the buzz that cutting-edge technology like mobile TV does. But the nascent business is providing a nice pile of cash for some TV stations that they didn’t have just a few years ago.

This year, so-called D2 and D3 channels will account for about 3% of TV stations’ ad revenue, or as much as $600 million, according to research firm BIA/Kelsey.

“Some of these are generating audiences and turning those audiences into revenue,” says Mark Fratrik, VP and chief economist at BIA/Kelsey.

By BIA/Kelsey’s reckoning, seven of the top 10 multicast revenue producers for stations in 2011 were established broadcast networks that were unable to find homes on main channels. They turn up in small markets where there are not enough full-power stations to go around.

“If you look over the past three or four years, where they have been able to get cable carriage and they’ve been able to get good programming, whether it’s an established network or an up-and-coming network, they’re seeing an increase in revenue,” Fratrik says.

Fratrik also points out that multicasting is still a struggle for most. Of  the more than 1,300 multicast channels on the air at the end of 2011, only 277 of them generated measurable revenue, which ranged from $50,000 to $4 million for the year.

Diginet leaders This TV, Me-TV and Live Well are achieving coverage levels that suggest that they are here to stay.

With a mix of classic TV shows and movies, This TV is now counts 130 affiliates and reaches 85% of U.S. TV homes..

Me-TV, another classic TV offering with 132 affiliates, reaches about 82% of TV homes. The coverage includes cable carriage by Time Warner Cable in New York and Los Angeles. “Along with our affiliates, we will have access to the majority of households in these markets,” says Weigel EVP Neal Sabin.

Live Well is a lifestyle network that mostly airs original programming like Canadian talk show Steven and Chris. Just last week, Young Broadcasting picked it up in seven markets, boosting the network’s reach to more than 60%.

“Live Well Network was created by the ABC TV station group,” says Peggy Allen, VP of programming . “Given that they were No. 1 in each of their markets, why would we pursue a digital channel that wasn’t of the same quality? That’s why we decided to create programming that stations would be proud to talk about on their primary channel.”

Sean Compton, president of programming and entertainment at Tribune, says Antenna TV’s 65 affiliate now cover 60% of the country. And BIA/Kelsey estimates it made $1.2 million for its affiliates in 2011.

Less than a year old, Bounce TV last week signed on Scripps’ ABC affiliate WXYZ Detroit, bringing its total to 73 affiliates. That gave the channel coverage of 55% of all TV homes and, more important, 75% of African-American homes.

“Bounce TV is truly an amazing success story given we’re only nine months old,” says COO Jonathan Katz. “As several local markets share their ratings with us, we know the network is highly competitive.”

“There are some car dealerships and furniture stores,” says Compton. “The direct response ads are sold based on response, which we know are working because they keep coming back for more.”

Despite the current lack of Nielsen ratings, media buyers say they like the channels because of their targeted appeal — baby boomers in the case of This TV, Me-TV and Antenna TV and African Americans in the case of Bounce TV — because they are often a bargain.

“They have better CPMs than local cable,” says Lindy Sieker, senior broadcast specialist at media buying agency Empower MediaMarketing. “I have told cable providers that they need to come down in their rates because I can get the same ratings or better ratings than cable. And these networks cover the entire DMA, as opposed to just appearing in cable zones.”

Dasher Lowe, EVP and managing director at Starcom MediaVest Group’s performance marketing team, also points to the low CPMs.  “We do a lot of hybrid-DR buying, where we look at gross rating points and response. For advertisers who buy purely on a cost-per-lead model, it can be a very attractive option.”

Some diginets like Me-TV and ABC’s Live Well Network may soon start subscribing to Nielsen’s national ratings. That would give media buyers the currency they need to make network buys.

But the diginets and their affiliates say their sales are just fine without Nielsen.

“While we do not subscribe to Nielsen for multicast channels, we know people are watching,” says Pat LaPlatney, VP of digital media and business development at Raycom, which has an equity stake in Bounce TV. “We know because the direct-response ads on those stations are making the phone ring. That’s one way to gauge if people are finding the channel.”

“It’s not in our Nielsen book, but we know it works because the phone calls have been incredible,” he says. “And our clients like it. I turned a local weather channel into Me-TV and we’ve quadrupled our revenue.”

Thanks to cable, viewers have become more used to specialty or niche programming as opposed to stations that offer a broad mix of programs. And thanks to multicasting broadcasters can now offer this kind of niche programming. So its great to see the proliferation of diginets. I do wish more of them would reach out to LPTV stations as we do have viewers and lots of them. Many low power stations are also mulitcasting and could use more programming to fill these additional streams.

Some business prefer multicasting as this is the effective medium to promote their business or products the the people. Part of digital advertising is this one that has been adopted by many company, and positively, the result is effective. The digital printing san francisco services also uses this idea for every clients they have.