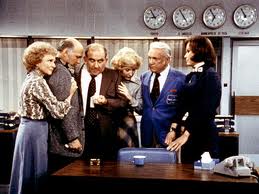 After years of experimentation, broadcasting specialty networks on subchannels is starting to draw viewers and revenue in amounts that really matter. Some peg the take at more than $200 million. While classic TV shows and movies are popular formats, others see the future in original programming.

Flip through the channels on your TV and you’re likely to stumble across The Mary Tyler Moore Show on Me-TV, Six Million Dollar Man on Cozi TV and films like the 1955 black-and-white Not As a Stranger with Robert Mitchum on This TV.

This isn’t a trip back in time, but it is cause, perhaps, for the kind of optimism that broadcasting hasn’t seen since Mary arrived in Minneapolis and landed that job at WJM-TV.

After years of experimentation and occasional flops, the business of broadcasting specialty networks on digital subchannels is starting to draw viewers and revenue in amounts that really matter.

David Brenner is a partner at Marathon Ventures, a rep firm that sells ad time for a wide range of programs and networks, including NBCUniversal’s Cozi and the independently owned African-American network Bounce TV.

A diginet executive thinks Brenner may be a little high. The top several networks are generating $30 million each from national DR advertisers, he says. “Maybe a little more; maybe a little less. Then, you factor in local on top of that and the total is probably between $200 million and $250 million.”

The most widely distributed diginets are Weigel’s Me-TV (84% of TV homes), MGM Television’s This TV (76%), ABC’s Live Well Network (66%), Bounce TV (61%) and Tribune’s Antenna TV (61%), according to a recent estimate by consulting firm Across Platforms.

Across Platform President Michael Kokernak says even though most diginets are carried on subchannels or LPTV stations, broadcasters are able to secure cable carriage for most of them as part of retransmission consent agreements.

Brenner says that buying several of the top diginets is like buying one of the most-watched cable networks like A&E or ESPN.

“Direct response advertising is the purest form of advertising,” says John Bryan, president of domestic television distribution at MGM. “If an advertiser’s phone isn’t ringing, they don’t buy you again. We are very comfortable in the revenue generated from that business. The phone is ringing.”

For Fox TV’s upstart Movies!, DR is a perfect fit, says Frank Cicha, senior vice president of programming at Fox TV Stations, which in May launched the classic movie diginet in partnership with Weigel.

“We expect that will be enough to [offset startup costs]. Certainly, once we are rated by Nielsen, that will open the door for new advertisers. But, out of the gate, we are very confident DR advertising could support this.”

In time, if diginets continue to increase their distribution, other revenue sources like retransmission consent fees may be possible.

“Right now, there are no fees being generated on cable,” says Kokernak. “Eventually, that will happen. Stations may be able to get something like three or four cents [per subscriber] a month.”

Diginet executives and reps make no apology for the age of the programming on many of the networks. In fact, they say, it’s a positive.

“What these networks have is programming that has been presold to viewers,” Brenner says. “In a very cluttered TV landscape, there is something reassuring and attractive about movies and TV shows that they have some familiarity with.”

Impressed with what other owners of vast TV and film libraries are doing, Sony Pictures is getting into multicasting later this year with getTV.

“We will launch with classic movies,” says Superna Kalle, senior vice president of networks at Sony Pictures Television and general manager of getTV. “Over time, we may expand to nostalgia TV series and, way down the line, original programming.”

While some network aspire to original, others are committed to it.

“One of the key shifts we’re making is that, while we are still taking advantage of the resources and assets of our ABC stations, we are bringing in veteran cable producers to produce our shows,” says Peggy Allen, vice president of programming and operations at Live Well, a lifestyle channel.

“They are producing shows that are high quality, in terms of their casting, structure and storytelling, which you can tell when you watch a show like Sweet Retreats.” That vacation-home show debuted this year.

African-American network Bounce TV, which launched in fall 2011, is also funneling revenue back into original content.

“We will have over 100 hours of original programming next year,” says COO Jonathan Katz. “We have acquired programs and we have a large stock of African-American-centric theatricals. We recently added more live college football and basketball.”

Weigel Broadcasting, owner of the classic TV channel Me-TV, is doubling down in multicasting with a news channel aimed at young viewers. Created in partnership with former Tribune executive Lee Abrams, TouchVision should be ready for its debut this fall.

Subchannels will be just one of the outlets for the service, says Neal Sabin, president of content and networks at Weigel.

“It’s not just a diginet,” he says. “Our affiliates could be a radio group or a newspaper or any entity in a city that could get people to the Web or their phones to watch the product. It’s very ambitious. It is going to be hours of news and feature material every day.”

As the networks inch their way into original programming and gradually pick up viewers, the diginet business is sounding remarkably similar to the experience of basic cable in the 1980s and 1990s.

“Every quarter this is getting bigger,” says Dan Casey, executive vice president of sales and general manager of Worldlink, a direct response media rep firm. “There isn’t anything else in television like this right now.”

The Parallel Universe of Multicasting

Note: Most networks are carried on subchannels of the full power stations, but most of subchannels have widespread cable carriage in their markets. Because many of the LPTV stations do not have cable carriage, they are not factored into the coverage count and percentage.

This is Part II of our Diginets Special Report. Read the other parts here.

In this economy, these new additions — such as the “Movies!” channel on some Fox affiliates — represent a “cable killer.” Stations should do advertising tie-ins with antenna sellers; many viewers still do not realize these channels are available free, over the air, with picture quality that exceeds the best that cable or even fiber can offer.

I think stations should take viewer demand into consideration when choosing digital subchannels. Here in Phoenix, there are two subchannels dedicated to weather, but no sign of Antenna TV. Some stations think the future is in mobile ATSC M/H, but I still believe subchannel networks with programming people want to watch will make more money for the stations.

All the subchannels mentioned, except for Cozi TV, are available here in Orlando. We don’t have The Cool TV or The Country Network here, and the 3 newest ones (Live Well Network, Movies!, and Bounce TV) are not yet on Bright House.

I purchased a used Antenna Direct antenna and I get all NY/NJ stations clear as a bell in Nassau County, Long Island. I have it hidden in a pine tree about 10 feet off the ground. I have written the local papers to please publish the Diginets programming line-ups. I am waiting for their response.

Appreciation to my father who shared with me concerning this weblog, this website is really amazing.

Wonderful blog! I found it while surfing around on Yahoo News. Do you have any suggestions on how to get listed in Yahoo News? I’ve been trying for a while but I never seem to get there! Appreciate it