Back to TVNewsCheck Home Print this page
DMA 111 (AUGUSTA, GA) 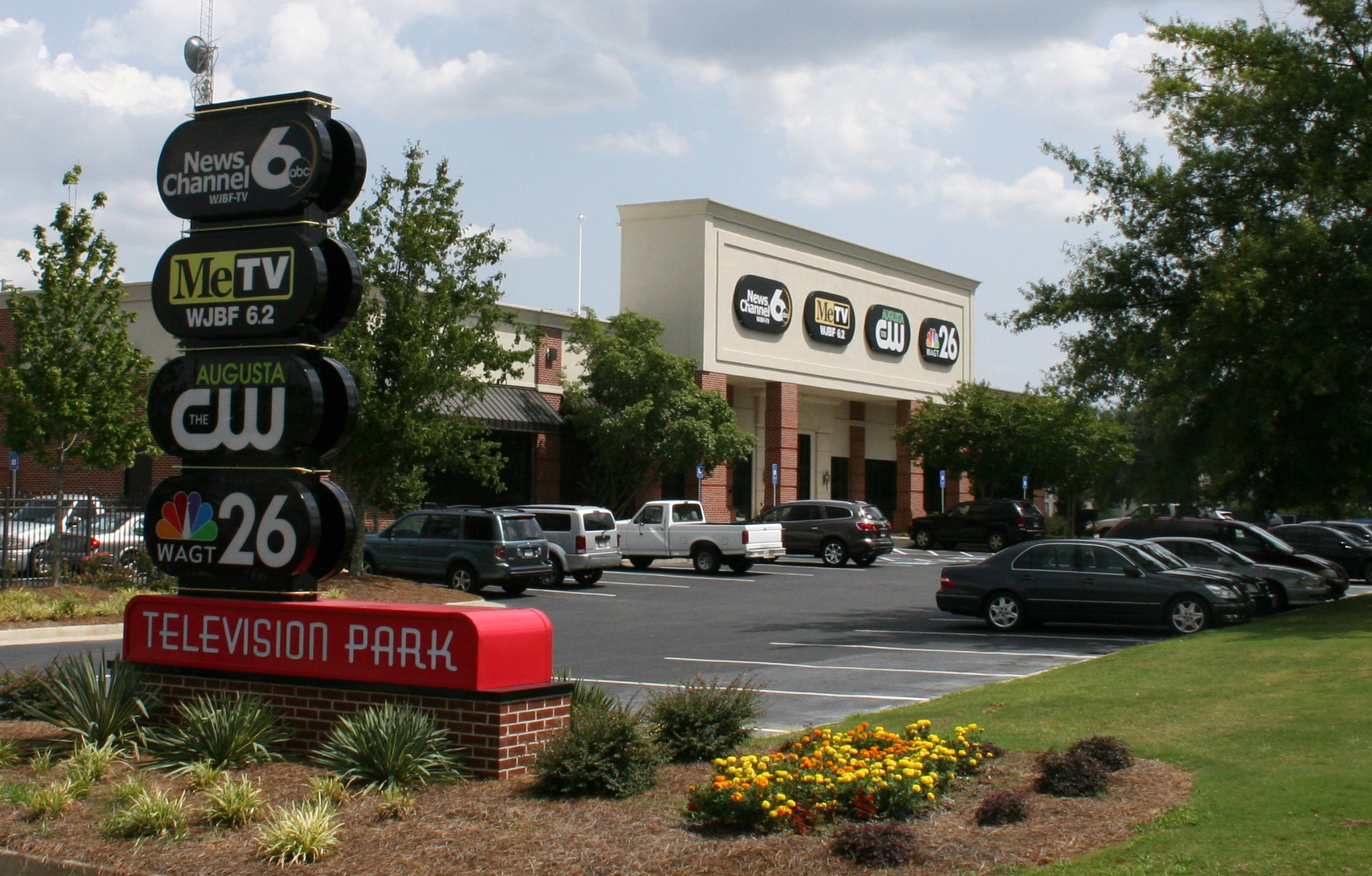 When Media General's Augusta, Ga., ABC affiliate WJBF took management control of Schurz's NBC affillate WAGT in 2009, one of its goals was to maintain the distinct personality of WAGT. So, when Media General moved the duopoly into a renovated Barnes & Noble bookstore last fall, each station got its own newsroom and studio. Although the gear is the same, the on-air products are not.

Like other broadcasters involved in such arrangements, the two station groups wanted to streamline costs and maximize profits. “Both stations gain economic benefits on the personnel and operations sides,” says Bill Stewart, general manager of the combined operation.

But at the same time, they wanted to preserve each stations’ distinctive programming and personality, figuring “a healthy amount of competition” would spur ratings and revenue growth, Stewart adds.

Today, the commitment to differentiating the stations is reflected not only in the management — there are separate news directors, news operations managers and local sales managers — but also into Television Park, the state-of-the-art facility Media General built and brought on-air last fall to house the stations and their secondary channels — Schurz’s The CW Augusta and Media General’s Me-TV digital channel.

“We’ve got two local sales departments on opposite sides of the building,” says Bill Stewart, who runs the combined operation. Likewise, he says, the facility features separate newsrooms with dedicated studios and control rooms. The stations share a third studio for local programs and commercial production.

Television Park occupies a former Barnes & Noble book store, chosen partly for its location. “It has easy access to the Augusta market and Interstates 5 and 20,” says Stewart. “And the building had tremendous workflow opportunities. You could gut it down to four walls and a roof.”

But despite its 28,000 square feet, the building was not without limitations, says Media General VP of Operations Mark Turner. “Exterior walls constrain you, so you know your outer limits. They also guide your space allocation choices as you begin to imagine the workflows.”

The broadcasters saw the building as an opportunity to upgrade their former hybrid analog/digital facilities to a fully digital 1080i operation. For WJBF, that required down-converting network programs, because ABC transmits a 720p signal.  “The secondary stations are also run in 1080i, but are down-converted to 480 for secondary transmission,” says Turner.

The new construction was also a logical time to upgrade major systems and to settle on common suppliers and formats, although an effort was made to use old equipment wherever possible.  “Both stations are identically equipped in terms of production facilities,” says Turner. “The only time call letters come up is about where the equipment goes.”

“We wanted the stations to keep their respective brands and community image,” says Stewart, who describes WJBF’s target audience as “a little older, upper income,” which the station pursues with the brand name NewsCenter6, and the slogan “Coverage You Can Count On.”

WAGT promotes itself as NBC26, with the slogan “Here For You.” “We certainly did not want a vanilla operation,” says Stewart. “Both newscasts are challenged to make sure stories are done with a different flair.”

Although the respective news sets have a distinctive look and feel, they are similarly equipped. “Both studios have an anchor desk, a weather center and comparable sized monitors,” says Turner. The chief difference is that “the WJBF news set has a separate interview area with additional lighting fixtures.”

While creating a facility to house competing stations is inherently more challenging than building for one, the ramp-up to switching over was surprisingly smooth. “I was impressed by how well everyone worked together to find creative ways to combine our various media and equipment,” says Turner.

Still, the stations deliberately scheduled their switch-overs two weeks apart, to allow extra time to spot and correct latent problems. Sure enough, a few occurred. “One of our goals was to eliminate tape and we succeeded with our mainstream content like news, programming and commercials,” says Turner. “But we didn’t fully think through all the other ways content comes into the plant.”

The chief offenders were episodic and image promos for network and syndicated shows, which are delivered and stored on various tape formats.  “We had to find some quick methods to transfer those to file-based HD storage,” says Turner. The techs soon settled on an off-the-shelf solution: a Black Magic capture card in an ordinary PC. “Whenever we can, we use inexpensive tools to solve problems,” says Turner.

The remaining glitches were the inevitable “punch list” of minor tech problems — such as faulty tally lights or distorted audio — that can only be solved once they become apparent. “Half the battle is getting people to report the problem then analyze the report to figure out what they really mean,” says Turner.

But when two stations are joined at the hip by infrastructure and technology, how competitive can they really be?  “I want to keep these two stations as competitive as they can be. That’s how we grow the market,” says GM Stewart. “We don’t put sales packages together for the two stations. We make sure they create their own revenue-generating projects.”

And while the newscasts share “factual” content, such as video of city council meetings, enterprise reporting is kept separate. From the outset, one goal was deeper, more competitive coverage of the towns and neighborhoods surrounding Augusta.

“We’re not where we need to be with hyperlocal news,” Stewart says. “But we’re gaining ground, learning how to gather news in those small communities. There are many sources for national news, but only a few for local. We want to be that source.”

This should be ILLEGAL, a violation of antitrust law. This concentration of media ownership is a dangerous trend that is doing major damage to democracy in America.

Wow..what planet do you live on? It’s where smar toperators need to be.

Definitely on a small isolated planet……small ops will have to consolidate in the future or go out of business.

Those single ownership and small TV local networks are mostly affected from this kind of business hierarchy, this kind of consolodation of businesses is mostly sister companies of one mother business. simply to say, this is run mostly a family business. From my study of this branding workshop http://eatmywords.com/services/workshops/, this is unethical business idea.