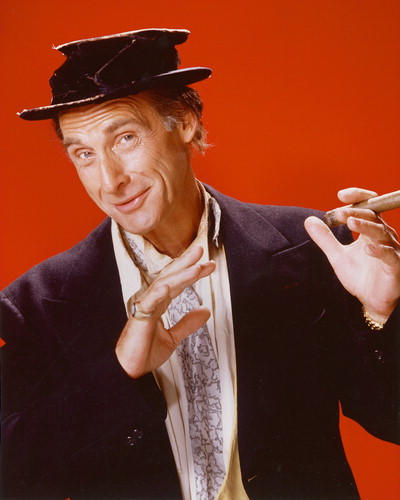 Throughout the year, TVNewsCheck has reported the deaths of outstanding men and women who shaped television as actors, lawmakers, producers, business people, journalists and on-air personalities. Here is a selection as Part 4 of our Year in Review Special Report. Read the earlier installments here.

Glen A. Larson, 77, powerhouse producer of numerous TV hits including Knight Rider; Magnum, P.I.; Quincy, M.E.; and the original Battlestar Galactica. He was also an an accomplished singer and composer. He died Nov. 14.

Dick Rich, 84, a copywriter and advertising executive who turned the disadvantages of indigestion and outsize cigarettes into classic 1960s television commercials for Alka-Seltzer and Benson & Hedges 100s, among other classic campaigns, died Nov. 11.

Joan Rivers, 81, the comedian whose never mellow sense of humor drew criticism as well as laughs for 50 years, died Sept. 4.

Don Pardo, 96, the durable television and radio announcer whose resonant voice-over style was widely imitated and became the standard in the field, and who was perhaps best known as the longtime Saturday Night Live announcer, died Aug. 18.

Robin Williams, 63, the Academy Award winner and comic supernova whose big break came in the late 1970s as the alien in the ABC hit Mork and Mindy, died Aug. 11.

Robert Halmi Sr., 90, a veteran TV movie and miniseries producer whose career spanned decades (he produced the TV miniseries Neverland in 2011, and a year later a new version of Treasure Island, starring Donald Sutherland and Elijah Wood). His projects were honored with 136 Emmy Awards. A Peabody Award citation hailed him as “perhaps the last of the great network television impresarios.” He died July 30.

Eli Wallach, 98, the actor who appeared in scores of films and TV shows during a 60-year career and earned an Emmy in 1967 for his supporting turn in the drama Poppies Are Also Flowers — and scored four other nominations during the next four-plus decades — died June 24.

Jim Rogers, 75, the longtime owner of NBC affiliate KSNV Las Vegas, died June 14. During his lifetime, Rogers gave away an estimated $4 of every $10 he earned — $200 million to nonprofit organizations and educational institutions, including the law school from which he graduated, which was renamed for him. In 2000, Rogers was named one of the nation’s top 12 philanthropists by Time magazine.

Marilyn Beck, 85, a Hollywood columnist whose work was featured in the New York Daily News and on several television outlets, died May 31.

Efrem Zimbalist Jr., 95, became a star when ABC’s 77 Sunset Strip began its six-season run in 1958. When the program’s run ended in 1964, Zimbalist segued seamlessly into ABC’s The F.B.I. the following year and that program aired until 1974. He died May 2.

Mickey Rooney, 93, was nominated for four Academy Awards over a four-decade span and received two special Oscars for film achievements, won an Emmy for his TV movie Bill and had a Tony nomination for his Broadway smash Sugar Babies. He died April 6.

Oded Bendov, 76, was the inventor of and prime mover behind the television industry’s transition to circularly polarized TV antennas, a technology that was recognized with an Emmy Technical Achievement Award in 1984. He died April 2.

Sandy Grossman, 78, was an eight-time Emmy winner who directed 21 seasons of NFL coverage hosted by John Madden and Pat Summerall for CBS and Fox. He died April 2.

Lucy Hood, 56, president and COO of the Television Academy who was respected for her keen understanding of digital media, died April 2.

Sheila MacRae, 92, who played Alice Kramden in the 1960s re-creation of The Honeymooners, died March 6. While she starred on the Broadway stage and in films, it was her small-screen role as the tolerant and brassy wife of a Brooklyn bus driver for which she is most remembered.

Hank Rieger, 95, former president of the Academy of Television Arts and Sciences, died March 5. In his 40 years with the TV academy, Rieger also served as president of the organization’s Hollywood chapter and editor and publisher of its Emmy magazine.

Garrick Utley, 74, who joined NBC News in 1963, and for three decades handled a wide variety of assignments, died Feb. 21.

James Dowdle, 79, who began his career as an advertising salesman for the Chicago Tribune in 1956, retired 43 years later as executive vice president of Tribune Co., died Feb. 17.

Ralph Waite, 85, the actor played the patriarch on CBS’s long-running series The Waltons, died Feb. 13. He scored an Emmy nom for the role in 1978 and also directed more than a dozen episodes of the series, which ran from 1972-81 and was followed by a series of TV movies.

Sid Caesar, 91, the TV comedy pioneer whose rubber-faced expressions and mimicry built on the work of his dazzling team of writers that included Woody Allen and Mel Brooks, died Feb. 12. In his two most important shows, Your Show of Shows, (NBC) 1950-54, and Caesar’s Hour, (NBC) 1954-57, Caesar displayed remarkable skill in pantomime, satire, mimicry, dialect and sketch comedy.

J. Mack Robinson, 90, was a legendary Atlanta businessman who in September 2002 entered the television and newspaper business when he bought Gray Television, which owned a host of television stations and five newspapers across the South. Robinson stepped down as CEO in 2008 and resigned from the board in 2012. He died Feb. 8.

Ralph Kiner, 91, a member of Major League Baseball’s Hall of Fame and a New York Mets broadcaster from 1962 until his death, died Feb. 6.

Russ Withers, 76, founder and owner of Withers Broadcasting Companies, which owns six television stations and 30 radio stations, died Jan. 24. For many years, Withers was recognized by NAB for being the individual broadcaster who helped raise the most money for the NAB Political Action Committee.

Mark Cohen, 81, joined ABC in 1958 in the network’s clearance department. When he left the company in 1988, he was executive vice president of ABC Inc.

Ed Ney, 88, joined the Young & Rubicam advertising agency in 1951 and served as CEO and then chairman from 1970 to 1989. Completed under his watch: the purchases of competitors Marsteller, Burson-Marsteller, Sudler & Hennessey, Wunderman Ricotta & Kline and Cato Johnson, as well as the agency’s joint venture with Dentsu.

Kitty Broman Putnam, 97, known in western Massachusetts as the “First Lady of Television” for her role as one of the founders of NBC affiliate WWLP Springfield-Holyoke, Mass., in 1953, died Jan. 5.

This is Part 4 of our four-part 2014 Year In Review special report. Read the other parts here.