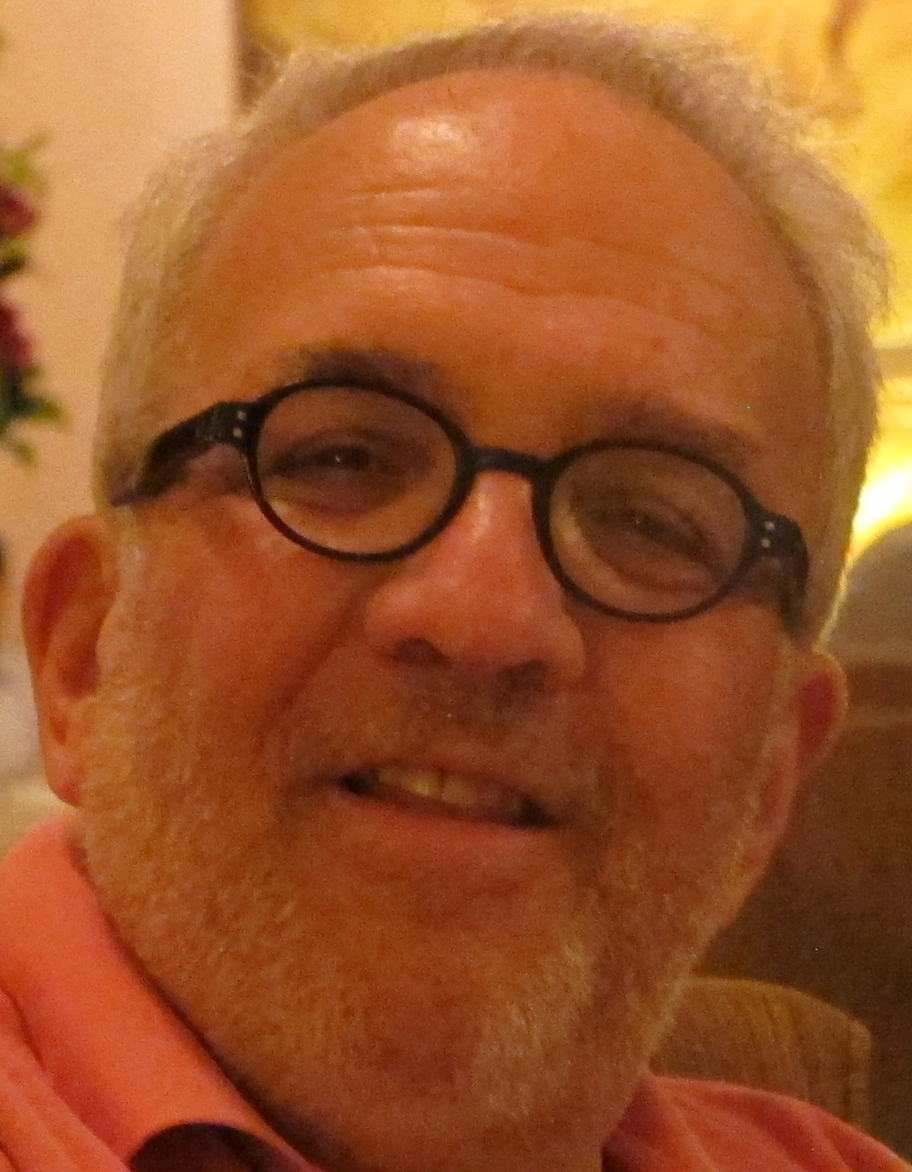 Jack Goodman says that after 20 years, it's time to reconsider the FCC guideline effectively requiring TV stations to air three hours of educational and informational children programming each week. If it cannot be demonstrated that such programming is effective, the intrusion on broadcasters' First Amendment rights cannot be justified.

I was struck recently by how many discussions of health care reform after the House passed its Obamacare repeal bill used the “I’m Just a Bill” segment of ABC’s venerable Schoolhouse Rock to explain what impact the House action would have and the many steps that remain before health care reform might become law.  Media as varied as CBS’s The Late Show and the Slate Magazine Political Gabfest used “I’m Just a Bill” to explain the congressional process.

Schoolhouse Rock, which in addition to civics and history taught math and grammar, disappeared from television 20 years ago, and that made me wonder why a program that clearly had such a significant impact on at least a generation of children went off the air.

The answer lies with the FCC. In 1996 , in one of Chairman Reed Hundt’s signature initiatives, the FCC adopted processing guidelines that effectively required all TV stations to provide three hours each week of educational and informational programming for children.The FCC rejected broadcasters’ arguments that interstitial programming such as Schoolhouse Rock and CBS’s The More You Know,  which were broadcast between other kids’ programming, should be counted towards meeting stations’ obligations to serve the educational and informational needs of children. It concluded that only programs lasting at least 30 minutes would be considered in evaluating whether a station met the processing guideline.

(To be sure, stations that did not broadcast three hours of the required programming could cite interstitials as showing that they met the needs of children other ways, but no one expected stations to walk themselves into a license renewal problem by taking that approach and — to my knowledge — few stations have.)  The commission’s reasoning was that longer-form programming would be more effective in educating kids.

So what happened? Interstitial educational programming disappeared from the airwaves. And yet one of the programs the FCC thought was ineffective remains the way an entire generation understands how Congress works, and I suspect that much of the other information offered in interstitials also has stuck with the kids who watched them.

The FCC’s core conclusion was that “there is substantial information before us showing that television can educate children.” It also determined that every TV station must offer a minimum amount of educational and informational programming both to make that programming more broadly available and to ensure that the obligation to provide it did not fall on only a few stations.

(Indeed, the FCC subsequently ruled that the three-hour minimum applies to every multicast channel so that even a station broadcasting a 24-hour weather or business information channel has to add three more hours of educational and informational programs for children.)

These rules have been in place for more than 20 years, resulting in 3,000 or more hours of FCC-required programming designed to educate children on each and every television station.

Although the FCC decided that the kidvid rules did not violate the First Amendment, and broadcasters have never challenged the rules in court, the Supreme Court has made clear that “the FCC’s oversight responsibilities do not grant it the power to ordain any particular type of programming that must be offered by broadcast stations; for although ‘the commission may inquire of licensees what they have done to determine the needs of the community they propose to serve, the commission may not impose upon them its private notions of what the public ought to hear.’”

The FCC, however, believed that it could impose these content-based requirements on broadcasters because “our regulations directly advance the government’s substantial, and indeed compelling, interest in the education of America’s children.”

It seems to me that, after two decades, it is time for the FCC to find out what impact its 1996 rules have actually had. Presumably, the availability of more educational and informational programming on every station, and the associated rules requiring such programming be identified in program guides and publicized by stations, would by now have demonstrably improved the knowledge and abilities of American children. Perhaps the programs mandated by the FCC’s 1996 decision have had a greater impact than programs like Schoolhouse Rock did.

But if they have not and the forced enlistment of every television station into the FCC’s plan has had little or no effect, then the basis for the FCC’s conclusions that the processing guidelines would serve the public interest and not violate broadcasters’ free speech rights would disappear.

The court of appeals has told the FCC that it cannot keep longstanding rules in place without examining whether the foundations for those rules remains valid. As the FCC begins a comprehensive review of its media rules, it should include studies to see if the children’s educational and informational program mandate has benefitted kids, or whether instead the loss of Schoolhouse Rock and similar programs has in fact lessened the educational benefits of television.

Jack Goodman practices communications law in Washington. He was previously general counsel of the National Association of Broadcasters, where he was NAB’s chief legislative counsel on the 1992 Cable Act. He can be reached at [email protected].

Perhaps I’m just ignorant, but I thought the FCC’s E/I requirements came from the Children’s Television Act of 1990–passed by Congress, which would imply that only Congress can make it go away. If the FCC unilaterally chose to remove the 3-hour requirement, it would be in violation of law. By contrast, this article makes it sound like it was the personal whim of an FCC Chairman. Am I wrong?

Repeal the Children’s Television Act and give the decision of the kind of childrens programming (either entertaining, educational, or a mixture of both) back to local station. Make the airing of E/I programming voluntary, not compulsory. If the law is gone, then the major broadcasting networks and local stations may go back to broadcasting traditional kids shows, and they may some E/I shows or none at all. Of course, the stations and broadcast networks will have to compete against the major kids networks (i.e. Nickelodeon and Cartoon Network) as well as streaming services like Hulu and Netflix, but a little competition wouldn’t hurt though.

Former FLOTUS Michelle Obama’s Let’s Move Program attempted to help reduce childhood obesity. Yet
we mandate putting more childrens tv programming on to encourage them to sit on their fanny instead.

The SNL send-up of “I’m Just a Bill” was “I’m an Executive Order” https://www.youtube.com/watch?v=JUDSeb2zHQ0

Correction: “The More You Know” interstitials air on NBC, not CBS.

There are 168 hours in a week. Three of those, dedicated to hoping that kids learn something, is way too much. We need MORE than 165 hours a week for Kardashian news and pet videos and another Inside Edition!

This rule is helpful to college males, who spend all night drinking at the bar and come back to the dorm at 4am to watch reruns of “the New Zoo Revue” and see Emmy Jo dancing around in her airplane skirt and go-go boots.

Kids’ programming rules for broadcasting is nearly a textbook example of how well-meaning regulation can upset the apple cart with unintended consequences.
The regs associated with CTA, specifically the host-selling and commercial limits rules, have GUTTED E/I and other programming aimed at children, at least in the midsize market stations I’m familiar with. Most stations have already abandoned programming aimed at children under 13 (because sales and management are terrified of the massive fines they could incur for even a fleeting violation, with no possible mitigating factors). They made it almost impossible to make any money on the kids’ programming they essentially require (but it’s worth noting there is technically no penalty for failing to do so, nothing concrete anyway– it just means a further delay on license renewals, despite the fact that our last renewal came with less than a year left on the SUBSEQUENT license period, so only 7 years late, no problem).
As a broadcaster (who’s not in sales), I believe in our mission to serve our viewers with quality educational content and other informational programming, but I often feel hamstrung by the regs and our inability to recover any revenue from expenditures associated with that mission. I lay the state of educational programming on broadcast TV (abysmal, in case anyone’s wondering) right at the feet of Congress and the FCC’s well-meaning but ultimately counter-productive regulations).

I am Director of Programming and Traffic in a top 100 Market…I have been here for 41 years. I think this mandated 3 hours is a burden…and another example of too much federal control over business. I see the benefit of limiting commercials, but it did make me sad that good wholesome educational shows for younger kids did disappear from local stations. WE don’t air anything for kids under 13. Very sad…FCC needs to research and congress needs to rethink it’s law.

As long as Litton can make money leasing and host-selling at least 21 hours a week of programming among 4/5 networks and syndication, they’re sticking around. Hearst made a smart buy by picking them up despite how badly Litton shows hew to the same templates, and we all know that Saturday mornings would just be infomercial hell outside of subchannels if the requirements are abandoned. At the very least kill the subchannel requirements; no soul in the world is tuning to This TV voluntarily for “Wild About Animals”.

Dump this stupid rule and let the marketplace decide for themselves. Litton being on every network except FOX is dumb anyway. Do kids REALLY watch Litton? NO? God, I miss the Saturday Morning Cartoons, bring them back!!!