For HBO’s Tryneski, It’s All About The New 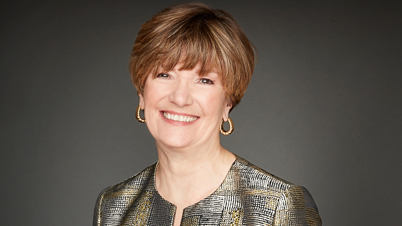 Diane Tryneski, HBO’s tech EVP and chief digital officer, has worked for broadcasting and cable networks since 1982 and has been guided by constantly seeking to move her state of the art forward. Right now, that means building out HBO’s IP infrastructure.

It’s not often that a tech executive for a major media company comes from a background in journalism and communications. But that is the unexpected path of Diane Tryneski.

TVNewsCheck is honoring her with its eighth annual Women in Technology Leadership Award that will be presented during the NAB Show on April 10.

As HBO’s executive vice president/technology and chief digital officer, she has overseen its transition from a domestic cable operation to global, all-platform distribution. In 2015, there was the launch of HBO Now, marking the first instance of a cable network going “over the top.”

That’s pretty far removed from where Tryneski seemed headed upon her graduation in journalism from Rutgers in 1982. While in college, she landed an internship at noncommercial WNET New York during which she worked on a nationwide financial video conference with public broadcasting stations.

That led to a permanent job there after leaving school in the station’s “telesales” department. Telesales marketed the station’s excess satellite capacity, studio and production facilities to large corporations, financial and legal continuing education programs and nonprofits.

She was responsible for producing short-form or closed-circuit programing, while also overseeing the financial, technical and operational aspects.

“Very early on, I became more interested in the technical side of the business,” she recalls.

So, when ABC offered her a job as assistant manager of studio services in 1987, she was ready and began working in production services for daytime soap operas and other shows.

From there she moved around the company, learning everything from network finance to satellite distribution.

By 1999, she was senior VP of TV operations for ABC, overseeing the network’s move of distribution from Los Angeles to New York. She also was responsible for the technical staff and facilities that gathered news, as well as sports.

From the start of her career, Tryneski discovered that her driving motivation in choosing new jobs was whether there was an opportunity to learn something she didn’t already know.

In 2003, she was courted by Discovery and could not resist its call. “I loved a lot about ABC, but I was intrigued at the opportunity at Discovery, and that opportunity was to rebuild what was called Discovery Production Group.

“It was establishing a subsidiary, Discovery Productions LLC, and increasing original production. In my time there, [original production] grew from seven hours in 2004 to 107 in 2006. I had responsibility for the post-production facility.”

(Her reputation as a hard worker and dedicated team leader was never more evident than on the day before her last day at ABC — Aug. 4, 2003, the day of the Northeast Blackout. “I literally worked through the evening getting us back on the air, getting the shows all keyed up for the next morning and walked out of my office at 6 a.m. on Friday and by Saturday afternoon I was on a budget call with Discovery for my new position.”)

“I was there [Discovery] to build the first HD production control room. So, it was both the technical operations and production side. And, Discovery at that time was already getting into digital content.” The network was doing original digital programming for its suite of channels, the Travel Channel and the Health Channel and TLC. “They also, at the time, owned a lot of their own music, so in terms of the technology side, [I was] making sure that we were setting up processes and work flows so that we could sell that as well for revenue generation.”

After three years at Discovery’s Silver Spring, Md., headquarters, Tryneski says she missed New York. Preston Davis, who was president of ABC’s broadcast operations and engineering, convinced her to return to the network. She came back in December 2006 as a senior vice president, looking at workflow and technologies for entertainment marketing.

“We were transitioning at that time from an SD tape-based environment to an HD file-based environment and, also, I was head of business continuity for network distribution and really looking across the different groups at the different technological and cultural challenges that we were facing as a division and helping make those transformations — both on the people side as well as on the technical side.

“My team was largely the below the line that launched what was called ABC2000 — the turn-of-the-millennium coverage. We were live out of Times Square for 23-plus hours. My only time out of the control room was to run to the hotel room to take a shower. It was amazing — 175 million tuned into some portion of our coverage.”

About two years after her second tour at ABC, Tryneski got a call from HBO. Her first reaction was to say no, she was “really happy” back at ABC. However, figuring it couldn’t hurt to hear their pitch, she discovered again that she would again be learning something new. Plus, she says, there was the HBO brand’s cachet and how everybody there was passionate about it.

“HBO was really beginning to look at technology, work flow, automation and other ways of capturing the elements of their productions. And HBO does a number of amazing original productions … so being closer to that part of the business was intriguing to me and thinking about how technology can really be intertwined with production as we were going forward.”

After six years at HBO as senior vice president of studio broadcast operations and engineering, she was moved up to her current post in January 2015. She cites some of the changes during her tenure: “All of the technology groups have been integrated into one portfolio, so distribution, production, streaming, security and seeing the power of leveraging those respective groups, that’s been a highlight.

“Also], obviously watching HBO Now in 2015 become the first premium network to go direct to consumer, and in general transitioning from a domestic [operation to one] focused on a global, all-platform technology strategy.”

Scott McElhone, HBO’s executive vice president, sums up Tryneski’s strengths as a leader: “Diane is relentlessly focused on what matters most. She’s open to ideas and input from others and has an insatiable appetite for what’s new. What’s remarkable is her ability to weed through it all and refine her view of what’s most important to HBO. The result is a clear vision and set of priorities for her team.

“Her greatest strength as a leader is in driving a participative culture in which everyone feels heard. She simultaneously projects an air of confidence and willingness to make difficult decisions which inspires the staff to think boldly and creatively.

“I’ve always been impressed with Diane’s calm rigor in the face of crisis or uncertainty. She is remarkably patient when it matters most to avoid us making an emotional or reactive decision when a far better decision is only another 30 minutes of discussion away.”

Another impressive entry on her resume is HBO’s 2017 Emmy Award for Outstanding Creative Achievement in Interactive Media Within a Scripted Program for a Westworld VR experience. This was an internal Technology development effort created in partnership with HBO’s Marketing group, Kilter Films and Bad Robot.

Tryneski is a member of the National Academy of Television Arts and Sciences and New York Women in Film and Television. She was inducted into the YWCA’s Academy of Women Achievers in 1998. In 2010, she received a National Association of Broadcasters’ Technology Leadership Award and was named one of 2011’s Wonder Women by Multichannel News.

Looking back, a couple of people stand out to her as mentors. First was Mary Frost with whom she worked at WNET. “One of the things that really impressed me about Mary was she was a risk taker and she had no fear.”

And then there was Preston Davis, ABC’s president of broadcast operations and engineering, who died in 2013. “Preston really instilled in me that you need to listen to all points of view and really get outside of what your comfort zone is.”

What technological challenges is she looking forward to? HBO is “building our IP infrastructure. Over the next year or two, we will be completely IP based. The idea [is] looking at ourselves as a global company having … one global platform embracing and building out the production pipeline from a technology standpoint so that we are able to offer consumers all kinds of different experiences.

“I use the term generically immersive. So, whether it’s VR or AR, mixed reality or simply is an interactive feel to programming, over time I think that it’s always about a good story.

“But increasingly people want to live in the worlds that you create, they want to consume more aspects than the 30 minutes or 60 minutes, and from a technology standpoint there is so much we can do to capture that and begin to make that available over time.”

Her career-long enthusiasm for technology and all things new remains undiminished. “If you think about today, technology and content are inextricably tied in a way that they have never been before. So, creating those experiences — whether it’s for media or for any industry — there’s never been a more amazing time for engineers.”

I think this is a real great blog article.Really looking forward to read more. Will read on…

“Really appreciate you sharing this post. Will read onвЂ¦”

I really like and appreciate your blog article.Much thanks again. Awesome.