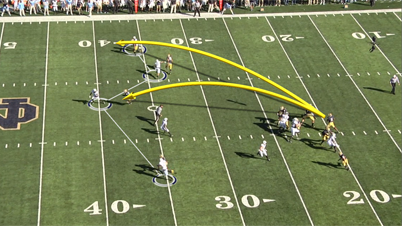 With broadcasters around the world moving to IT-based operations, graphics vendors are offering products that manage efficiencies across a broad set of workflows so buyers can use graphics and branding more efficiently and quickly. (ChyronHego photo) Click here to access TVNewsCheck’s NAB 2018 Resource Guide listing of broadcast graphics vendors and products or here to download it as a PDF.

Whether it’s news, sports, or weather, broadcast graphics at the 2018 NAB Show will reflect new features designed to automate tasks, streamline workflows and otherwise make things simpler for broadcasters trying to do more with less.

“With an industry in the middle of major transformations, demand for efficient solutions to produce more at a lower total cost of ownership is greater than ever before,” says Marco Lopez, CEO of ChyronHego.

Agreeing with him is Daniel Nergård, Vizrt president AMECS. “Broadcasters are looking for solutions that allow them to focus on storytelling while having the ability to deliver that story to multiple platforms. The focus on beautiful and very cost-efficient storytelling is extremely important because the expectations of consumers keep growing and the consumer expects visually enriched content.”

“We’re seeing broadcast customers on all continents head down the migration path to IT-based operations powered by solutions such as Camio Universe.”

This year at NAB, Vizrt will be demonstrating how its visual storytelling tools can let broadcasters share their stories on air, online and to OTT platforms with efficient and automated workflows. “We want the journalist and content providers to focus on the storytelling while making the delivery workflow of the story easy,” Nergard said.

Vizrt will also be demonstrating how its tools engage fans and viewers while providing the ability to monetize the content with regionalized and targeted ads with AR and field side advertising replacement graphics.

Mike O’Connell, EVP of Pixel Power, says more customers are seeking to manage efficiencies across a broad set of workflows so they can use graphics and branding in a more powerful manner.

For example, the preparation of fully branded video on demand assets can be automated up front with all the graphics required for multiple OTT and catch-up services, rather than waiting until programs have aired.

“The key is the combination of total automation without any operator intervention plus the enhanced viewer experience that fresh branding and graphics delivers on the VOD channels,” O’Connell says.

Another example of workflow automation is in promo versioning. Pixel Power is deploying fully automated solutions that gives a broadcaster’s marketing department full control over the promo graphic from the very beginning.

“End boards are approved up front, information is entered once, schedule changes kick-start the re-versioning automatically, and so on,” O’Connell says “This puts the power back into the hands of the business side of the broadcaster by getting the technology to work for them, rather than the other way around.”

Time-based triggers and other recent enhancements to automation in Max Engage with Watson can help newscasters produce up to 10 times more content, according to Bill Dow, head of media and entertainment for The Weather Co., an IBM company.

“We believe Max Engage with Watson is having a meaningful impact on growing their digital audience by radically accelerating the manual, time-consuming process of curating a menu of relevant, timely subject matter across digital properties,” Dow says.

The product is touted as having “augmented intelligence” that automatically detects weather or traffic events. Customized content can be geo-targeted through push alerts to a specific DMA, for example, when traffic on a specific highway route slows below normal speeds.

One customer reported an 13-fold increase in mobile views and an annual ROI of $600 from using the technology, according to Dow.

“I wouldn’t really call that artificial intelligence yet,” Thompson says. “It’s more just querying the database. But I think that’s definitely a trend, and you’re going to see more and more of that.”

Established graphics platforms are getting new modules and features that will help broadcasters better customized graphics and potentially enhance the bottom line.

Baron will introduce a traffic system for news and weather into its Baron Lynx display system, according to Mike Mougey, VP of broadcast sales.

Broadcasters are interested in augmented and virtual reality, but are largely still trying to figure out how to best take advantage of the technology, according to Maxon President-CEO Paul Babb.

“There’s still a lot of exploration, and we still do get a lot of questions,” he says. “But I truly believe this hasn’t evolved to a point where it’s become a part of the pipeline yet … I still think it’s got a long way to go before it gets truly defined.”

Ross Video is focused on TV journalists who are being asked to create content for the main news broadcasts, as well as web, mobile, and social media outlets, according to Patrick Twomey, director of XPression product marketing.

“It’s critical that we provide content creators in the newsroom and edit bays with the ability to create the content once, and then repurpose it for all the outlets their station populates,” says Twomey.

Combined with its Streamline media asset management (MAM) server, the latest 8.0 version of Ross Video’s XPression enables broadcasters to create and use content across multiple platforms, effectively creating more content with the same headcount, whether it’s a lower-third graphic, full-screen police mugshot or other graphical element.

“This gives the station’s news department the ability to break stories online and already branded for the consumer to view, with all the same production value they expect to see on traditional newscasts,” Twomey says.

For Imagine Communications, part of helping broadcasters do more with less has centered on better integration with Adobe After Effects, says Darby Marriott, Imagine’s product manager for graphics, editing and newsroom solutions.

“By and large, for the customer base we deal with, this fits exactly into their workflow and is resonating very strongly with them,” Marriott says.

Beyond After Effects, Imagine has done work to leverage other graphics engines, including Vizrt, directly within the Versio platform. “It’s really empowering [customers] for their decision making, and knowing, ‘OK, I can go with a solution that addresses the desire to be more open, as far as being able to play with different vendors.’ ”

It’s actually a great and helpful piece of information. I am happy that you just shared this useful information with us.
Please stay us informed like this. Thank you for sharing.

I know this web site presents quality dependent articles and additional data, is there
any other web site which offers these stuff in quality?

You could definitely see your expertise within the work you write. The arena hopes for more passionate writers like you who aren’t afraid to mention how they believe. At all times follow your heart.