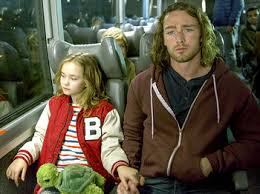 Cuaron and sci-fi auteur J.J. Abrams (Lost, the Star Trek movies) are executive producers of Believe, NBC's new drama about a child whose supernatural powers put her and the world at risk. The premise came to him while he waited during "the endless process of special effects" on Gravity, Cuaron said.

LOS ANGELES (AP) — Oscar-winning director Alfonso Cuaron was looking for an anti-“Gravity” follow up to his blockbuster space film, and he found it with a rare excursion into television.

Cuaron and sci-fi auteur J.J. Abrams (“Lost,” the “Star Trek” movies) are executive producers of “Believe,” NBC’s new drama about a child whose supernatural powers put her and the world at risk.

The premise came to him while he waited during “the endless process of special effects” on “Gravity,” Cuaron said at a media event.

“Well, first of all, I wanted to do something in which people were not floating,” Cuaron said, drawing laughs.

He recounted sharing the idea with Abrams and his reaction: “Wow.”

The pair met more than two decades ago and, Abrams said, “I’ve wanted to work with him desperately ever since. I was a huge fan of every movie that he made, and each one made me more and more desperate to try and figure this out.”

When Cuaron contacted him with the idea for “Believe,” Abrams said, it created the opportunity for him and his company, Bad Robot Productions.

Johnny Sequoyah stars as Bo, a 10-year-old who appears to have won the special-gifts lottery at birth: She can levitate, has the power of telekinesis, can control nature and see the future.

But she can’t control or understand her powers and is at risk from those who would use them to conquer Earth. Delroy Lindo co-stars as Bo’s protector, with Jack McLaughlin as a wrongfully imprisoned death row inmate enlisted in the effort.

Cuaron has dabbled lightly in TV in years past, but big-screen projects like “Gravity,” “Harry Potter and the Prisoner of Azkaban” and “Children of Men” have been his focus.

He shepherded “Gravity” with Sandra Bullock and George Clooney to a leading seven Oscar trophies March 2. Among them was the best director award for Cuaron, with the Mexican filmmaker becoming the category’s first Latino winner.

Oscar dazzle and box office grosses aside — “Gravity” pulled in more than $500 million internationally in 2013 — cast members said it was Cuaron himself who drew them to “Believe.” He directed the series’ pilot.

“The things that Alfonso said creatively were very exciting to me,” said Lindo. “So from my standpoint it was not necessarily a no-brainer, but it was certainly very exciting, the prospect of working with him on this project.”