Back to TVNewsCheck Home Print this page
PROMAXBDA STATION SUMMIT

Hands On For Dr. Oz In Las Vegas 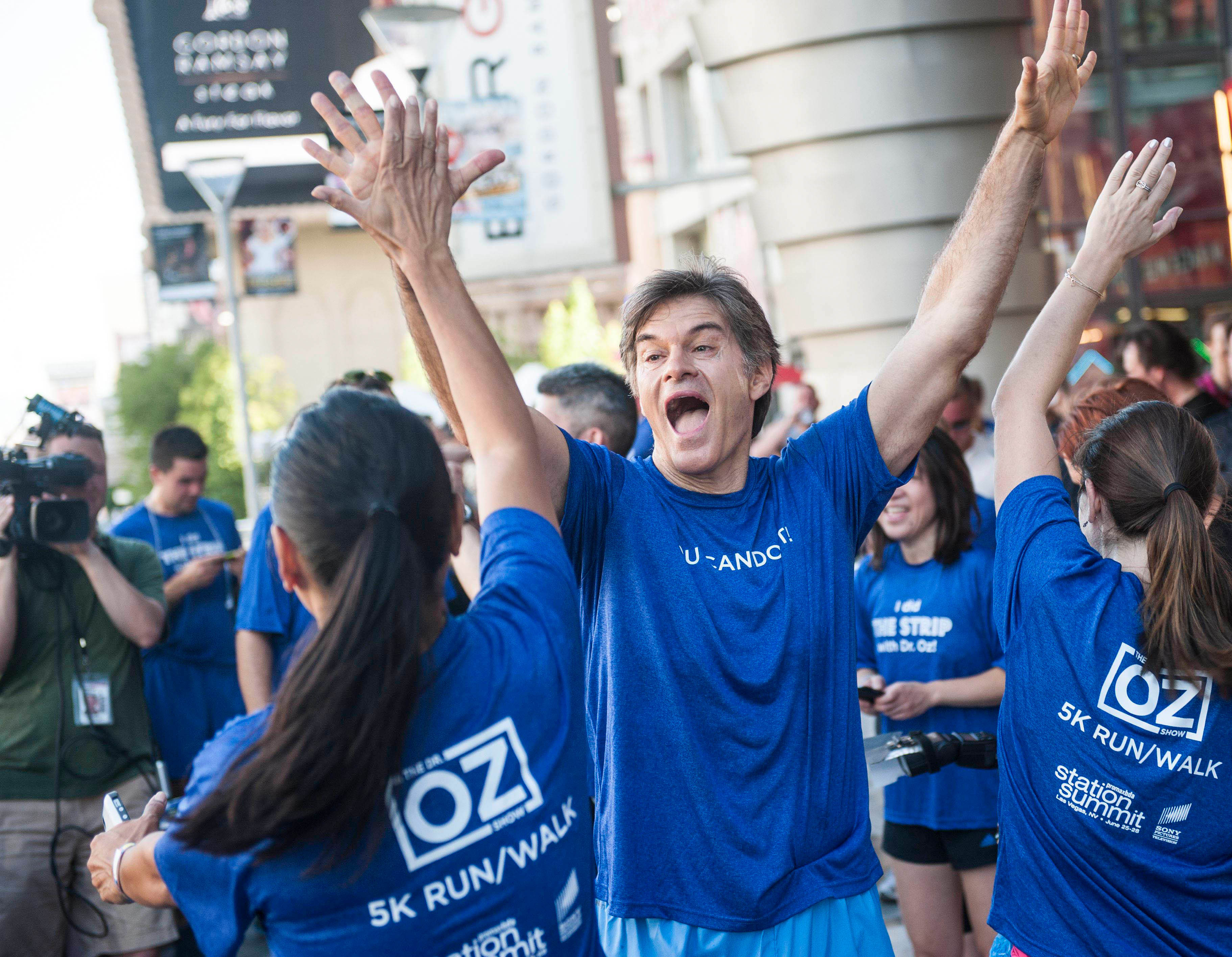 Dr. Mehmet Oz led almost 100 racers in a 5K run down the Las Vegas Strip at 6:30 a.m. this morning as part of the ongoing PromaxBDA Station Summit. Oz, host of Sony Pictures Television’s recently renewed Dr. Oz, led racers from Planet Hollywood down the Strip and back. Oz, a cardiovascular surgeon at New York’s Presbyterian Hospital, is at the annual gathering meeting with stations that carry his show. Sony and Oz stations are reviewing marketing plans for the talk show’s fifth season premiering this fall. In addition to the 5K run, Oz appeared on a morning news show and an afternoon talk show on Meredith’s Las Vegas Fox affiliate KVVU.