Hitachi-Comark Primed For The Repack 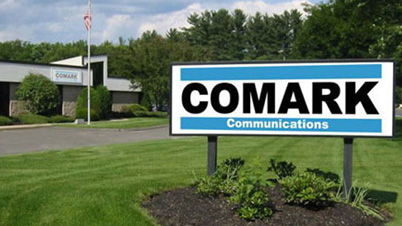 In anticipation of the repack market for high-power UHF transmitters, it has been expanding its workforce and otherwise gearing up. Although the company is confident that the business is coming, it's just not sure when or, to put it more precisely, it isn’t sure of the pace of business. The repack is to play out in phases over three years.

Following the FCC incentive auction of TV spectrum, the agency mandated that nearly 1,000 TV stations move to new channels in the repack of the TV band so that it can segregate the spectrum that was sold to wireless carriers in the auction from the remaining TV spectrum.

The repack will be a boon to makers of transmitters andother RF gear because the channel migration often means new TV transmission facilities, and Congress has set aside $1.75 billion of the auction proceeds to reimburse broadcasters for all their repack expenses.

Among the beneficiaries will be Hitachi-Comark, a well-established transmitter manufacturer based in Southwick, in the western half of Massachusetts, not far from Springfield.

In anticipation of the repack market for high-power UHF transmitters, it has been expanding its workforce and otherwise gearing up.

“Our shop is set up and ready to go,” says CEO Dick Fiore.

The company now has the capacity to produce 10 to 15 transmitters a month, each typically costing well over $1 million, he says.

Although Fiore is confident that the business is coming, he just isn’t sure when or, to put it more precisely, he isn’t sure of the pace of business. The repack is to play out in phases over three years.

He is also disappointed in how the FCC has managed the reimbursement process so far. “I had hoped that the FCC would be better organized.”

To a great extent, orders and Hitachi-Comark production schedules depend of the FCC approving broadcasters’ reimbursement requests.

Those requests came in last July, but, according to Fiore, the approval process has bogged down because the original reimbursement forms were flawed.

That has resulted in a lot of back-and-forth between the FCC and broadcasters about what is reimbursable and for how much, Fiore says. “From my perspective, I think they could have done a better job. But, of course, it’s the government.”

The current $1.75 billion fund seems inadequate in light of the broadcasters’ reimbursement requests, which total around $2.1 billion, and it’s not clear whether Congress will increase the fund.

Despite the uncertainty, a visitor to Hitachi-Comark’s 54,000-square-foot plant in Southwick finds a nearly palpable sense of anticipation and a revamped production line designed to meet the surge in orders — whenever it materializes.

The company has taken its head count to 55, including engineering and drafting personnel, says marketing chief Joe Turbolski. “At the peak of the analog-to-digital transition [2008-09], we had 200 people at this facility, so we have room to grow.”

On the 20,000-square-foot factory floor, Hitachi-Comark has reconfigured its old IOT transmitter assembly line to produce the solid-state Parallax rigs, which, the company believes, are most attractive to repack buyers, Turbolski says.

On the line, the company has developed custom fixtures to assist workers assembling rigs. For instance, a special jig lets a single worker easily install aluminum amplifier shelves weighing between 60 and 70 pounds into the transmitter cabinet.

At the heart of the transmitters are 2 kW power amplifiers that are ganged together, the number depending on the total desired power for the unit. The Parallax can be configured for total power of between 5 kW and 100 kW. A typical unit has output of 27 kW.

The modular amplifiers are made by another unit of the Hitachi parent in Japan. “We support, repair and maintain those amplifiers here in Southwick,” Fiore points out.

Into each transmitter also go power supplies, an exciter, intermediate power amplifiers, internal AC and breakers, the control system and the cooling system.

In the module assembly area, the company has set up four workspaces to build the subassemblies.

As demand grows, the rate at which the company can build transmitters will not be limited by the production process, Turbolski says. “It’s really a matter of how many amplifiers do we have in inventory to support the cabinets.”

While Comark maintains a machine shop and welding, much of the metal fabrication is done by outside vendors, Turbolski says.

The last stop before transmitters are shipped is the high-power test stand.

“It’s is used for all high-power, solid state and MSDC-IOT Paragon line [transmitters] and for customer training sessions,” Turbolski says.

The stand is also home to the first Parallax pre-production prototype. The cabinet operates at 27.5 kW into a water-cooled load, he says. The prototype, which runs through a Dielectric tunable mask filter, is 42% efficient.

Fiore says the FCC incentive auction and subsequent repack planning has made the market extremely tough for U.S. transmitter vendors over the last several years. “They killed transmitter sales.”

Broadcasters put off buying replacement transmitters until they could buy them in the repack when they could get reimbursed by the government, he says.

Comark weathered the storm by selling IOT-based transmitters to Aqiva in the United Kingdom and to various scientific labs involved in research, he says.

Now, finally, the market appears ready to break, he says. “We have generated a significant number of quotes.”

Hi My name is johan santan,am from upper island cove , Canada.. I want to use this opportunity to thank God for using this Great prophet to solve my marriage problem. This Great Prophet of God brought my husband back to me. 3 years ago, i and my husband has been into one quarrel or the other until he finally left me for one lady. I felt my life was over and my kids thought they would never see their father again. I tried to be strong just for the kids but i could not control the pains that was tormenting my heart. My heart was filled with sorrows and pains, because i was really in love with my husband. Every day and night i think of him and always wish he would come back to me. Until one day i melt a good friend of mine that was once in my situation, but her problem was different a little bite, her ex-boyfriend who she had an unwanted pregnancy for refused to take responsibility and dumped her. She told me that mine issue was a minor case and that i shouldn’t worry about it at all.So, i asked her what was the solution to my problems and she gave me this Great Prophet of God phone number and his email address. I was doubting if this Great Prophet of God could actually solve my problem. So, I contacted this Great Prophet of God and he told me what to do and i did it. He told me to wait for just four days and that my husband will come crawling on his kneels just for forgiveness. So, I faithfully did what this Great Prophet of God asked me to do and for sure after four days i heard a knock on the door, in a great surprise i saw him on his kneels and i was speechless, when he saw me, all he did was crying and asking me for forgiveness,from that day, all the pains and sorrows in my heart flew away, since then i and my husband and our lovely kids are happy. That why i want to say .) ig thank you to God for using Prophet ikehedu .to solve my marriage problem. This Great Prophet of God made me to understand that theirs no problem on earth that does not have solution.So, if you are having same problem, any problem that is similar, i will advise you to a contact This Great Prophet of God straight at [email protected] And his facebook contact is this And his facebook contact is this (https://www.facebook.com/ikehedu.sundayn.3)