Back to TVNewsCheck Home Print this page
THE ROAD TO IP 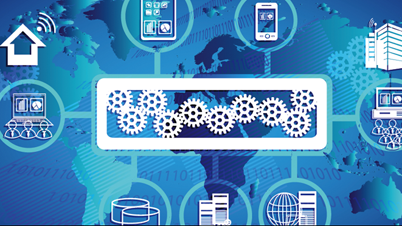 Television broadcasters may wish to leverage IP technology, but they cannot simply abandon their paid-for baseband infrastructures. Rather, most will look for ways to introduce islands of IP into their existing workflows with the help of IP gateways. Four early applications for IP in this type of hybrid environment have emerged. (Graphic: Imagine Communications)

However, for most TV stations with a baseband infrastructure, the introduction of IP will likely be done in measured steps.

“The heart of most of the investment in these broadcast facilities is located in the router,” says Scott Barella, CTO of Utah Scientific.

“Particularly with something like a routing switcher, you depreciate it over a number of years — five, seven — and it has a useful life of 10 or more,” says Joe Zaller, president of Devoncroft Partners, a market research and consulting firm.

What makes more sense in many instances is creating a hybrid environment where the existing investment in baseband infrastructure can continue to pay dividends and new IP elements are added to workflows where they make sense.

Four IP gateway applications are beginning to emerge in broadcast facilities to enhance existing baseband workflows with the strengths of IP, according to sources.

And in doing so, they are helping to position broadcasters for a transition to an all-IP-based workflow — either on premise or in the cloud — at some future point.

IP makes it a lot easier to route video throughout an entire infrastructure and makes it “significantly easier to manage [sources] when you have a large number of devices in your network,” says Mark Senecal, Imagine Communications VP of product management for playout and networking.

Moving IP into a multiviewing environment gives broadcasters greater flexibility about what is displayed where, says Daniel Collin, networking product manager at Grass Valley. “Because it is IP, it can be brought back into a switch and displayed on different monitors across a location.”

IP in multiviewing also makes it possible to share picture-in-picture (PiP) screen setups with numerous multiviewers, eliminating the need to route source input video to all multiviewers where the PiP is desired, says Imagine’s Senecal.

More broadly, there is a savings on cabling by being able to pull multiple video sources off a single wire. Over a 10 Gb/s Ethernet connection, it’s possible to fit six 1.5 Gb/s videos, Senecal adds.

Playout — Playout is a natural place to introduce IP into a baseband workflow, says John Luff, a media technology consultant in Pittsburgh.

“You aren’t really changing that content after leaving master control,” he says. “So you don’t have to be worried about interfacing with a whole lot of things other than the distribution channel itself.”

Luff currently is consulting on a multichannel playout facility being built for a group of public television stations. For this project, he says, there is no reason to replace the existing baseband router. IP gateways are used to convert the baseband output of the router to IP, which is then introduced to the IP infrastructure for playout.

“As we see systems migrate away from a traditional master control path where you have a master control switcher and move into more integrated platforms, which are more file-based and have IP interfaces natively, playout will go IP,” he says.

Tielines — Before IP transport was practical in broadcast facilities, connecting multiple routers together via tielines was “a real bugger,” says Utah Scientific’s Barella. “You had to chew up inputs and outputs just to feed another router.”

However, with IP gateways it’s possible to create IP pools of content that can be pulled from any one of several different baseband routers to make what in essence is a larger router.

“Some customers just want to get a feel for what is possible with IP,” he says. “They have ordered smaller systems used purely for monitoring their infrastructure, so they are not for the main broadcast chains.”

This strategy is about mitigating risk while gaining experience with a new technology, he explains.

As a fuller roster of IP-enabled equipment becomes available, IP production and distribution environments that do not require gateways will become easier to build, he says.

However, for the foreseeable future a hybrid approach that takes advantage of installed baseband infrastructure and leverages gateways that add IP islands to existing workflows will prove to be popular among broadcasters, Luff says.

Not unlike the transitions from black-and-white to color, analog to digital, SD to HD and linear to nonlinear, the transition to IP among broadcasters will play out as islands, he predicts.

“History has a way of repeating itself for very obvious reasons,” Luff says. “Economics is one. Technology doesn’t move fast enough is two, and three is people are resistant to change. Add them all up, and you tiptoe into a new era of technology rather than leap in.”