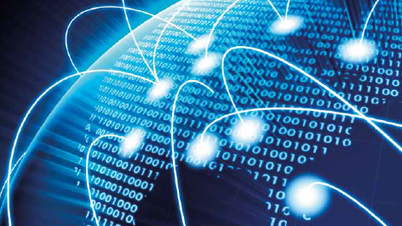 Coming off a sluggish year, national and local broadcasters are looking forward to 2018 as one promising substantial revenue and rating growth spurred by big events like the winter Olympics, the World Cup and the November elections.

Also hoping for a big year are the media tech vendors whose fortunes tend to rise and fall with those of their clients.

“There is always a correlation between the advertiser dollars being spent and equipment sales,” says media tech consultant Alec Shapiro, former head of Sony pro products. “If advertiser dollars are up, that’s a good sign for vendors.”

And the big events not only generate more cash for tech spending in general, but also more demand for production software and gear to cover the events, says Joe Zaller, head of Devoncroft Partners, a research firm that tracks the media tech market.

One driver of the tech marketplace in 2018 will be the transition from hardware-based SDI infrastructure for software-based IP infrastructure with public or private cloud, according to the market watchers and vendors.

So far, the transition has been slow with only a few companies making large investment in it. But, Zaller says, the migration should accelerate as standards are settled and media companies come to understand the technology and the opEx marketing that spreads out the cost over years.

“They are not going IP for the sake of going IP. They are going IP because it’s a prerequisite for software. If you want to have a software-defined infrastructure, you have to do it in IP.”

And it is simply time for an infrastructure upgrade, Zaller says.

The last big one came in the 2000s when broadcasters made the switch from analog to digital broadcasting and from SD to HD production, he says. “That means that there is stuff out there that is 10 or 15 years old and has probably reached the end of its natural life.”

“It’s like when MPEG arrived on the scene. Everybody had to go back to school to learn … a whole other language. How does it work? How does it all fit together?

“When we talk to people involved with these projects, they say, ‘Start with something real, but small. Learn how to do it before you rebuild your whole network.’ ”

Zaller says media companies are also getting more comfortable with the cloud, a natural extension of IP infrastructure.

Six years ago, media companies would not consider putting video in the cloud, he says. “That’s changing. Not everybody is doing it, but there are early adopters who are.”

Until the transition is complete, he adds, most media companies are “going to be living in hybrid worlds — hardware, software, IP, not IP, capEx versus opEx. Each by itself is difficult to navigate, but when you layer them all on top of one another it doesn’t leave a lot of margin for error.”

Dana Ruzicka, chief product officer at Avid, told investors at a Dec. 5 presentation that Avid is well aware media companies are “retooling” to take advantage of IP and cloud technologies and is positioning itself of capitalize on the trend.

The move to the cloud is “sort of the biggest tectonic shift” in media, he said.

Avid customers see “the ability to virtualize their footprint and get better efficiencies in terms of how they deploy their technology, they see it as a way to connect people in different … physical locations” and they see the “new capabilities” like AI that the cloud facilitates, he said.

“There is a big magnetic pull, a draw for our customers to move forward and move their operations to the cloud.”

So, Avid’s strategy is to develop applications that take full advantage of the IP-cloud movement, he said. “With Avid’s platform approach, we bring this all together.

“We can provide an end-to-end unified solution for our customers, where ingest, storage, MAM, editing, graphics, playout all works on the platform, certified it works with each other, and it doesn’t have to just be Avid products.”

IP infrastructure companies are continuing to push the IP concept. In an interview with TVNewsCheck last week, top executives at Imagine Communications said that it will be doubling down on its IP.

So far, Imagine and Evertz have stuck the largest IP platform deals — with Disney and Discovery, respectively.

One of the clear winners of 2018 should be the makers of transmitters and other RF gear and services as hundreds of broadcasters migrate to new channels with the promise of full reimbursement from the federal government — a windfall for vendors that could top $2 billion over the next three years.

Another positive for RF is the new voluntary ATSC 3.0 broadcast standard, which the FCC authorized in November. That should generate some sales as broadcasters begin exploring what they can do with the standard.

“I’m hoping we are going to have some ATSC 3.0 movement in terms of pilots,” says NTC Chief Technology Officer Eric Pohl. “I believe both Sinclair and Pearl have been talking to suppliers.”

Pearl is the consortium of leading TV station groups. It has announced plans to turn Phoenix into a “model market” for 3.0 implementation.

But what’s good for RF could be bad for other sectors of media tech. “It takes away management bandwidth from thinking about other [tech projects],” says Zaller.

Cameras — studio, field and ENG — are staples of broadcasting and, according to Shapiro, they will continue to get less expensive and more features.

But that doesn’t mean their manufacturers will prosper, he adds. “The market for content creation keeps exploding so everybody keeps selling more unit. But it’s for less dollars. It’s a challenge just to keep the [revenue] flat.”

The bonded technology that allows reporters to deliver live shots from virtually anywhere is becoming ever more capable, he says. “That’s helping local markets because they don’t have to fire up the microwave or sat link as much.”

Broadcasters want to deliver content — some derivative, some original — to a variety of digital media and are still searching for ways to do it more efficiently, Pohl says.

And the vendors are responding, he says. Vizrt, for instance has a tool that is the equivalent of the responsive design used on websites. “It allows you to create a lower third [for the TV screen] and put in the data once. It looks good on in horizonal 16-by-9 and on a phone with vertical orientation.”

At a Dec. 5 investors’ conference, Avid CEO Louis Hernandez said that media companies spend fortunes to try to develop “winning” programming and when they do they want to make the most of it.

They want to “optimize it, add insertions, make it available any time, any place in multiple formats,” he said.

And they want to do it more cheaply — “not just capEx to opEx, actually spend less money. And this is the challenge that we face.”

NTC’s Pohl believes virtual sets may make deeper inroads into broadcasting in the U.S. next year. “I don’t know why they have not been used to the degree that are used in Europe and other places.”

The technology is evolving rapidly, benefitting from related development in video gaming and virtual reality imaging, he says. “The talent base for creating photo-realistic environments is increasing.”

And the cost is coming down, he adds. “It’s not the big old investment it used to be. The numbers are going to get better.”