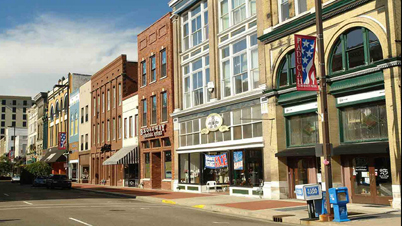 Raycom’s KFVS dominates its local peers on social media according to Shareablee data. A rich, socially-competitive station culture is making that happen with anchors, meteorologists and reporters jockeying to be the most connected with viewers.

The Paducah, Ky.-Cape Girardeau, Mo.-Harrisburg-Mt. Vernon, Ill. DMA (No. 83) straddles parts of Missouri, Illinois and Kentucky with a few Tennessee counties thrown in for good measure, making for a wide-ranging viewership in this self-described stretch of “heartland.”

That’s worth considering given that the Cape Girardeau, Mo.-based, Raycom-owned CBS affiliate KFVS captures a significant lead over its next-closest local competitor on social media according to data from audience insight firm Shareablee. KFVS had almost 1.2 million total social actions in the market’s overall nearly 2.5 million actions in that period. Falling well under that high water mark was Paxton Media Group’s NBC affil WPSD with more than 620,000 social actions.

KFVS’s lead is reflective of its Facebook dominance in the market, and it also had the most Twitter actions (at under 19,000 in first place, it’s a relatively Twitter-quiet DMA). Paducah Life Magazine held the top spot for Instagram in the market with about 14,000 actions.

Seay says one of the factors compelling KFVS’s strong social media performance is the competitiveness it has inspired in the newsroom. “It’s very much a competition, especially on Facebook,” he says of the anchors, meteorologists and reporters who closely follow their performance on ShareRocket and CrowdTangle.

Most stations will point to a few Facebook ringers on that front, but Seay has trouble cutting the list off. He names evening anchors Kathy Sweeney and Jeff Cunningham as going back and forth to best each other’s metrics, but chief meteorologist Grant Dade and meteorologist Laura Wibbenmeyer are just as aggressive. Lifestyle reporter Nichole Cartmell is also an up-and-comer with her HeartlandWeekend.com content on Facebook.

KFVS has been keen to play with Facebook Live, too. It has been working with a Smith Geiger consultant to hone its approach, and streams at least once a day. Seay says the station often promotes its live streams on air, and he likes to plan ahead for them when possible.

“Program it like you’re programming a TV station,” he says. Unlike a TV newscast, however, Facebook Live streams aren’t constrained by time or a need for commercial breaks, and when audiences are hooked, such as when heavy weather hits the area, they can go on as long as they need to.

Polls also grab high engagement for the station, such as this one about President Trump that reached over 2 million or this one about toilet paper that had a 2.3 million reach.

Anchor/audience conversations on Facebook Live have been hits, too, particularly after heavier investigative pieces or around unsolved local crimes, where Seay says new leads have surfaced.

Still, viewers’ passions on Facebook can be unpredictable, so KFVS finds itself always bobbing and weaving to see what might catch on.