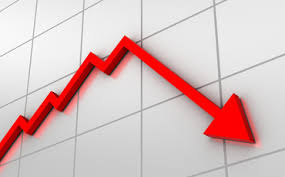 Stock prices of six publicly-traded TV station groups had a rocky first half due to concerns over leverage as well as political, automotive and overall sustainability of the television business model. The companies bounced back a bit in the second quarter, but were still well below where they were on Jan. 1. Analysts, however, see signs for optimism.

During the first half of 2016, investors had serious issues with six publicly-traded TV station groups tracked by TVNewsCheck, driving down their stock prices between 7% and 32%.

The big issue was leverage — with concerns about political, automotive and overall sustainability of the television business model also feeding doubts, according to three analysts who follow the sector.

The six — Entravision, Gray, Nexstar, Scripps, Sinclair and Tegna — were able to allay investors’ fears to some degree in the second quarter,  but not nearly enough to push stock prices back up to where they started this year or to the highs of 2015. And the general post-Brexit sell-off in late June didn’t help.

The exception to the rule was Tribune Media. Its stock rose 14.1% in the first half. However, the analysts say, Tribune gains can be attributed primarily to a low starting point and investor approval of its plans to spin off assets rather than financial performance.

(Two publicly traded companies with substantial TV station portfolios are not included here — Meredith, because only a third of its revenue comes from broadcasting, and Media General, because it is merging with Nexstar.)

Debt was the chief culprit for the poor first half, the analysts say.

“If Brexit causes a risk-off … reaction, you would image that TV stocks by and large … would be weak, given that on average they have four-and-a-half times [cash flow] leverage,” says Daniel Kurnos of  The Benchmark Co.

High leverage is clearly behind the Gray’s weakness, says Kyle Evans of Stephens Inc. “At the end of last year, the beginning of this year, in the minds of investors, leverage became toxic,” he says. “And not only is Gray one of the most leveraged groups, it’s demonstrated a willingness to continue to do deals when great stations come up.”

Adds SNL Kagan’s Justin Nielson: “There may be some sentiment out there in the marketplace that [Gray is] growing a little bit too fast and they’re not going to be able to digest some of these new acquisitions.”

Evans, however, believes the leverage issue is overrated. “Nexstar and Gray, who are four-times-plus levered, they’ve been beaten down, I think unfairly. I don’t have any concerns about their ability to service the debt. To me, that’s just market sentiment about debt and that’s not necessarily logical.”

In any event, the expected political windfall this year should help, he says. “For companies like Gray and Nexstar, where their leverage has weighed on their multiple, it’s a great opportunity to pay down debt.”

Stock prices stabilized in 2Q because of good 1Q results and good reports about what was happening in 2Q, the analysts say.

“The quarterly results proved that core wasn’t as bad as expected, even with political being the question mark,” says Kurnos. “Once again it highlighted that the sky is not falling.”

Nielson says many were expecting a slowdown in auto sales in the first quarter. “There were some rumors about more displacements in auto advertising towards digital and mobile distribution outlets.”

But the 1Q earnings indicated that “auto was actually fairly strong and, in some cases, growing as a percentage of share,” he says. “So core revenues actually were pretty good in first quarter and political came in higher than people expected.”

The analysts believe the political cash will arrive on schedule and the continuing doubts about it are unfounded.

“A lot of that has stemmed from multiple headlines on all the media outlets citing how Trump has only raised a million dollars even though he then subsequently raised another $11 million overnight,” Kurnos says.

“There’s a disconnect between the impact of the presidential election and the potential for record political since presidential typically only accounts for 25% or so of total political ad spend,” he adds.

Investors’ ambivalence about the sector is reflected in the stock prices, says Evans. “On the up days, you have people finding conviction in the long-term growth of net retrans. On the down days, you have real fundamental concerns about the fragmentation of the TV ecosystem. You have this weight that is Facebook, YouTube, Netflix on top of this [broadcast] group that is applying constant pressure to it.”

And the FCC is not helping. says Nielson. “If you look at the most recent FCC moves on the broadcast ownership rules, it looks like they’re going to stay the same and maybe be a little bit more restrictive in terms of the JSAs and SSAs.”

Nielson also cites the FCC rulemaking that is considering regulations that would make it tougher for broadcasters to negotiate for retransmission consent fees from cable and satellite. “I think that’s playing into investor sentiment on the sector.”

According to Kurnos, some investors and analysts believe broadcasting will experience the same fate as newspaper publishing.

But he is not among them.

“It’s really a contrarian play to [invest in] broadcasters … despite the fact that the vast majority of the broadcast universe has now locked in at least 80% of its [retrans] subscriber base for the next three years with built-in escalators.

“If you combine that with political and just assume that core is at least flat, they’ve basically locked in 75% of their EBITDA for at least three years.”

Evans, too, thinks retrans will sustain the business for awhile. “I always look at CBS…. They gave you the 2020 $3-per month [per-sub] number, and they gave you the $2 in reverse [comp] they expect to get from their affiliates. The $3 looks like a very doable number.”

The analysts see other positives. Pressure on cable penetration coming from OTT and the skinny bundle, which hurt Disney and Comcast, is seen as a net plus for the station groups, since local broadcast is considered a must-have in smaller channel packages.

Another potential positive is ATSC 3.0, the next-generation TV standard that some broadcasters are eager to deploy.

Any benefits with will be gradual, however, cautions Nielson. “It’s going to be a staggered approach. You’re not going to see the big digital transition like you did back in ’09. “

Let’s see now…operating a highly leveraged business model at a time when streaming is disrupting the entire TV ecosystem? What could possibly go wrong?

this is what happens when people who don’t have a clue as to how to run a tv station let alone a group have too big a voice.

But, consolidation is a GOOD thing. Isn’t it? After all, didn’t it work really well for radio? Look at the terrific numbers that iHeart and Cumulus have. Oh, wait…

We all laughed at the story of the rancher who was losing money on each cow he sold and then told his banker that the answer was to just sell more cows. The consolidation and buy everything we see folks seem to fall right in line with that model. Who really loses…the consumer footing the bill, as usual.

Media stocks are generally a risky buy anyway, although Sinclair has been doing okay. Their share price went up to 29.85 today. IHeart shares, on the other hand, have been dropping steadily for a long time, closing at 1.08 yesterday. It may be that the promise of all this incentive auction cash has made TV station consolidators more valuable. But realistically, media watchers know that TV stations will never get this 86 billion no matter how many rounds the FCC auction goes. That kind of money is just not there for this spectrum.