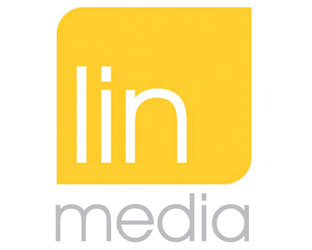 Fourth quarter revenue was up 76%, boosted by the eight stations acquired from New Vision in October. Local revenue was up 39%, national up 25%, interactive up 52%. For the full year, revenue rose 38% to $553.5 million.

Interactive revenues, which include revenues from LIN Digital (formerly RMM) and Nami Media1, increased 52% to $12.8 million, compared to $8.4 million in the fourth quarter of 2011.

Commenting on fourth quarter and full year 2012 results, the company’s President-CEO Vincent L. Sadusky said: “2012 was a year of record-setting results at LIN Media. We closed on the largest acquisition in our company’s history, achieved historic political and digital advertising revenues and benefited from a rebound in the automotive industry. As a result, we delivered record revenue, EBITDA and EBITDA margin in both the fourth quarter and full year.

“Most recently, we completed the first of two transactions to remove the NBC joint venture overhangs, which is a significant positive development for our company. Looking ahead, we are cautious about the state of the economy and excited about the evolution of our company, continued growth of our digital business and the contributions of our recent acquisitions.”