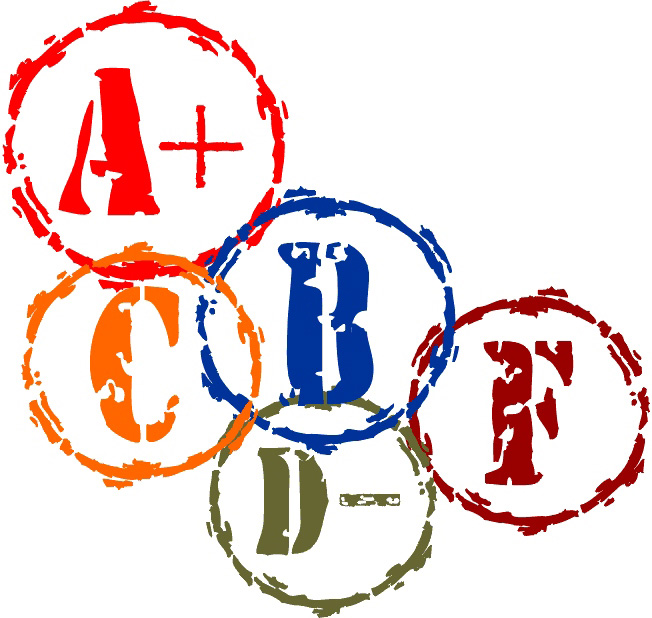 In a TVNewsCheck survey, a cross-section of news directors at TV stations around the country were asked to grade ABC News, CBS News, CNN, FNC, NBC News and MSNBC on "overall journalistic quality." None received an A, four earned Bs and, as for Fox News Channel and MSNBC, they may have to stay after class.

As a group, the six major national TV news organizations are journalistic underachievers, according to a TVNewsCheck survey of the news directors at TV stations across the country.

While the three broadcast network news organizations earned solid Bs with NBC News leading the way with a 3.18 GPA, the three cable news networks clearly have some work to do, the survey found.

In the survey, the news directors were asked to grade the six organizations’ “overall journalistic quality” using conventional letter grades, A to F. The GPA were calculated by assigning the letter grades a point value from 4 to 0 as is the convention in many schools.

On the other end of the spectrum, nearly a fifth of the respondents flunked FNC and another fifth gave it a D. Only a tenth slapped MSNBC with a failing grade.

There appears to be a correlation between the grades and political bias with the lowest grades being assigned to the two networks perceived to be most biased.

A slight plurality felt that three of the other four networks — CBS News, NBC News and CNN — also had a liberal bias. But no more than 11% thought they were “very liberal.”

Only ABC News, which had the third-highest GPA (3.03), was deemed to have “no bias” by a majority of respondents who answered the question.

In broadcasting, the top grade and popularity align. NBC News’ Evening News with Brian Williams is a  perennial ratings winner.

But in cable, the network with the worse grade is the most watched. Despite its C-, FNC attracts 50% more viewers across the total day in the key demo (ages 25-54) than CNN and its flanker network HLN combined, even though the CNN’s journalism was judged an entire grade point higher.

TVNewsCheck is reporting the results of the survey in two parts. Next Tuesday it will reveal what the news directors think about their own portion of the TV news business — the local side.

For the survey, TVNewsCheck contacted 643 working news directors via email during the first two weeks of December, virtually every news director in the country; 136, or 21%, participated.

How would you grade the following national TV news organizations in terms of their overall journalistic quality? (All numbers are percentages except for GPA)

How would you assess the political bias of the following national news organizations? (Numbers are percentages.)

Why wasn’t PBS included in this survey?

So 2.4% of news directors thought FNC was very liberal? As Seth and Amy would say, REALLY? Or maybe they just can’t read. Either way, they shouldn’t be news directors.

And after working with all of these networks covering national news, I avoid the 24 hour newschannels like the plague. NBC deserves the kudos here for strong reporting on the evening news, and CBS with Scott Pelly is coming on strong. Unfortunately, while I agree with the assessment about ABC’s centrist bias, I can’t watch World News with Diane anymore as it seems she’d rather be hosting Inside Edition. Did Conrad Murray’s trial really deserve to be the lead story every night for what seemed to be a year? It was almost like watching FNC think that the world revolved around the Natalie Holloway story.

This is really amusing. Local TV stations grading network news! If it was reversed the majority of local stations would receive D and F, with none higher than a C. Crime, mayhem, car crashes, weather hype, and 12 minutes of commercials in every half hour newscast. LOL!

There has always been a rivalry between the locals and the nets. While covering and AIDS conference in Sweden I remember a network producer reaching for the eject button on a tape deck while I was feeding becuase everything was late, and of course his stuff was more important than my local feed. It almost came to teeth.

Biggest problems network have is they’re short of money to fill their 24 minutes with NEWS. Instead we get two, maybe three full reporter-on-scene stories, the rest of the show being features and promotional ‘stories’ for 60 Minutes, CBS Morning News, 20/20, Rock Solid, er, make that Rock Center.