Back to TVNewsCheck Home Print this page
GEARING UP FOR NAB: AUDIO 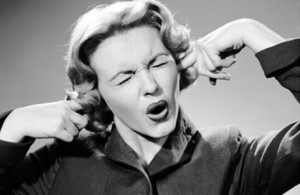 Now that the FCC has decided on tech specs for TV commercial audio loudness, broadcasters will be in a buying mood to get in compliance by the end of the year. A host of companies will be offering equipment and software  to monitor and correct any potential problems and document compliance.

With FCC enforcement of the new TV loudness law set to begin at year’s end, audio vendors at April’s NAB Show will be competing to supply gear and software that broadcasters will need to comply with the requirements.

The CALM Act (Commercial Advertisement Loudness Mitigation) requires the FCC to regulate the audio of television commercials so they are not louder than the TV programming they accompany. Larger stations have to perform spot checks of commercials, while smaller stations will be required to spot-check only if there are complaints from viewers.

The complaints must be part of “a pattern or trend” and they have to be specific. Complaints about a single commercial or evening of programming are not enough to trigger enforcement.

Virtually all loudness devices monitor audio and track the key parameters needed to comply with the law. If a complaint is filed, a station uses a log to find the program element in question to show its loudness parameters to the FCC.

Advanced loudness equipment can correct audio problems before they become a violation. These devices — far more sophisticated and expensive — will probably be found more often at the network level, where audio specifications must be guaranteed for their affiliate stations.

Among the leaders in the field, Linear Acoustic offers a wide range of products that can measure, log and automatically correct audio errors in multichannel surround, stereo, mobile and file-based domains. At NAB, the company is also targeting smaller stations on a tight budget.

“We will have a new product called AERO.lite, a streamlined, basic stereo-only processor at a much smaller price point than we usually offer,” said Guy Hufferd, director of marketing. Although the company would not release the price, it said the new device offers the company’s best algorithms.

In the NAB scramble to purchase loudness compliance gear, Hufferd said, broadcast customers should remember that stations need a top-quality audio signal to be competitive in their market.

“Everybody seems to be concerned that the actual numbers are right, but the engineers need to really use their ears to insure that the signal is right,” he said. “That’s what our company is all about — insuring the best audio possible from a facility.”

While Linear Acoustic manufacturers more traditional high-end boxes for monitoring and correcting audio problems, there are many form factors, functionalities and prices coming to this year’s NAB show.

In addition to its standard lineup of monitors, Wohler, for example, is offering Pandora, a portable loudness analyzer that uses Apple’s iPad or iPod Touch to monitor up to eight channels of audio embedded in 3G/HD/SD-SDI and discrete AES signals. Pandora can log two years of continuous 24-hour-a-day audio feeds for compliance.

“It will show the momentary and average loudness reading so users will get a clear indicator,” said Don Bird, Wohler’s chief marketing officer. “It’s a great little low-cost solution that’s portable and small enough to be installed anywhere it’s needed.”

In the U.S., Wohler will also distribute an openGear version of KARMAudio, a product being licensed from the U.K.’s Eyeheight. KARMAudio is a solution for automatic loudness control based on ITU-R BS.1770 multichannel perceptual loudness and true peak measurement with sophisticated proprietary correction algorithms.

“OpenGear is a 20-slot rack frame from Ross Video that allows a series of modules to sit side-by-side from various manufacturers,” said Bird. “The KARMAudio card plugs in and integrates with their Dashboard software, which makes an elegant loudness solution.”

“We do all audio analysis continuously and can go back and associate the audio information with any specific piece of content,” said Andrew Sachs, VP of product management.

“You can produce an A/V affidavit with the video, audio and measurements burned in,” he said, noting that most customers log records for 90 days. “A customer can buy an entire single channel Volicon logger with loudness monitoring for $5,000—about the same price as a high-end standalone meter.”

With Volicon’s equipment, there is no need to trust the station, Sachs said. “There is no ambiguity with the data,” he said. “With many standalone loudness meters you have go out and get a string of numbers and prove to the FCC that this is where the commercial is in that data. That’s a back-and-forth process. Our business is really about proving specific compliance.”

Triveni Digital, maker of the StreamScope monitoring systems for digital television networks, said its loudness monitor costs nothing for customers with a service contract. “If you are an existing customer of ours, you don’t need to buy a box to measure loudness,” said Ralph Bachofen, VP of sales and marketing. “There’s zero cost if you maintain your service plan.”

Jünger Audio will offer two new members of its *AP family of loudness control processors at NAB. This line incorporates a new version of the company’s Level Magic adaptive loudness algorithm, which is compliant with all current broadcast audio loudness recommendations.

“These products allow loudness consistency to be maintained in a very easy and cost effective way—and without any detrimental effects on sound quality,” said Peter Pörs, managing director of Jünger Audio.

Jünger Audio will also be showing a prototype of the V*AP two-channel voice processor. The development of this unit, the company said, was driven by market demand for a voice processor that allows TV and radio journalists to capture their own narrative style, particularly when operating outside the studio. It will come with either a microphone (optional dual mic preamps) or AES I/Os so that it can be used with a mixing desk as a high-end outboard dynamics processor.

Isn’t it true that compressed audio is perceived by the listener to be louder, even when audiometers may show compliance with technical frequency limit standards? If that is not the case, someone with technical expertise please clarify. Thanks.

Because Orban was not mentioned in the article, I would like to add that Orban will be showing two Optimod TV loudness controllers at NAB: the 8685 and the new value-priced 6585.
Bob Orban

If anything, the BS.1770 meter punishes producers who make “high-energy” promos and commercials using lots of compression and music. If a station uses this meter for quality control, the usual result is that this material airs significantly quieter than the program material. A number of production people have complained that this compromises their artistic freedom — they have to mix music, for example, lower than they normally would just to ensure that the dialog in the promo or commercial is not significantly quieter than the dialog in the surrounding program material. I believe that Dolby had the right idea regarding the importance of dialog, and the BS.1770 is a step backwards from Dolby’s “Dialog Intelligence.”

This is BS blaming it on compressed audio. This was a preconceived tactic by the advertisers to make sure you hear them in the kitchen when you go for another beer during a game. Who ever turned up the levels needs to stop being a pinhead and turn them back down so my neighbors don’t complain about my surround system. if the audio is louder on the consumer end then it sounds louder in post production so TURN THE DAMN LEVEL DOWN ON THE BOARD. Using politics and techno babble to postpone doing what Congress has mandated just adds insult to injury. The party is over, turn it down Skippy.