Back to TVNewsCheck Home Print this page
GANNETT-BELO MERGER 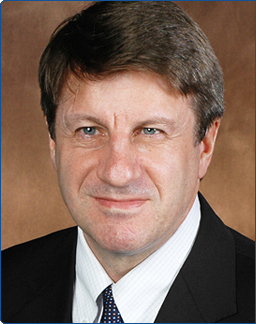 Overlapping stations in Phoenix and St. Louis will continue to battle it out for ratings and revenue as the “ability of local broadcasters to compete and thrive” is key to their viability, says Gannett's head of broadcasting David Lougee. “We will operate those stations and hold them to the same standards and accountability that we do today."

“They are going to stay basically completely independent from a news and operations standpoint,” Lougee said.

That means that the Gannett and Belo stations in Phoenix and St. Louis will continue to battle it out for ratings and revenue as the “ability of local broadcasters to compete and thrive” is key to their viability, he said.

However, Gannett may provide “very, very limited” support, such as Web infrastructure, to the Belo stations, he said.

Gannett announced last Thursday plans to absorb Belo in a deal valued at $2.2 billion. Upon closing, Gannett will have 43 stations and reach about a third of U.S. TV homes. It will rank No. 3 behind Fox and CBS on the TVNewsCheck-BIA/Kelsey Top 30 Station Groups, which are ranked by 2012 spot revenue.

To comply with FCC local ownership limits, Gannett and Belo are setting a company that will be headed by former top Belo broadcasting executive Jack Sander.

However, broadcasters have learned to circumvent the rules by setting up third-party “sidecar” companies to own stations that would conflict with the rules. The sidecars have varying degrees of autonomy.

Lougee said Sander’s group will have free reign over its stations, meaning it will have the power to negotiate everything from programming and retransmission consent agreements to staffing. Sander’s and Gannett’s stations will have little to do with each other, he said.

Lougee saidGannett is committed to preserving the stations’ local editorial autonomy, which is “key to serving the community,” and bolstering their ability to succeed.

“We will operate those stations and hold them to the same standards and accountability that we do today,” he said. “Most of them exceed those expectations and are strong in their markets, and they will continue to be.”

Husband to wife: “No, that’s not my mistress. I simply pay for her home, car, health care, clothing, furs, jewelry and daily needs and sleep with her on a regular basis, but we aren’t seen much in public, except when I’m out of town.” Wife to husband: “Oh, then that’s all right,dear.”

Jack Sanders is the Darth Vader of OTA broadcasting. He is one of the primary people responsible for the demise of “free television” as we used to know it. He is nothing more than a self serving evil person who is nothing more than a “slick” salesman. All he has ever done is suck up to people higher than he is in order to serve his own interest.

First of all it Sander (no s on the end), 2nd Jack could care less what you think and 3rd, you’re completely wrong about the man, he’s intelligent, skilled adn thoughtful. Sounds like you didn’t get the raise or promotion you wanted at one point.

One more nail in the coffin of “local’ TV… the FCC has facilitated the demise of what was once the best, most responsive group of locally owned broadcast entities and created a corporate bean counters Nirvana…so what about the public trust and public responsibility…how much has the free-for-all of station ownership helped anyone other than the money guys…name one.

What a joke. Gannett, Belo, “sidecar”, whatever. It’s just a business having very little to do with public interest. More on the cheap local news – defined by crime, mayhem, traffic, and endless weather hype.

I would rather see Gannett gaining WFSB, and WSHM-LD by spinning off KSAW, KMSB/KTTU, and KMOV to Meredith and combined the operations of KSAW with KPHO, and gaining KGTV/KZSD-LP, and KERO/KZKC-LP by spinning off KTVK, and WHAS to Scripps and combined the operations of KTVK with KNXV with ABC moving to KTVK and KNXV becomes independent for competitive reasons and a very true win-win situation for Gannett, Meredith, and Scripps. LIN could buy WSET and WCIV from Allbritton and KSTU, KDVR and turned into a CW station that CBS could buy and form a duopoly with KCNC with KWGN getting FOX, WDAF, KTVI and turned into a ABC station with KPLR getting FOX and KDNL getting CW for competitive reasons and a very true win-win situation in Saint Louis, WITI with the option of also acquiring WIWN from Pappas if they would want to fully sale the station in the future, WJW, WHNT, WGHP and turned into a ABC station with WXLV getting FOX, and maybe WNEP from Local TV LLC, while Meredith could buy KWGN and KPLR if Tribune would ever sale various stations to help pay off it’s debt from their 2008 bankruptcy and buy KFOR/KAUT, KFSM/KXNW, WHO, WQAD, WREG, WTVR, and WTKR/WGNT from Local TV LLC. I would allow FOX to buy KPLR and KWGN from Tribune if I still want Meredith to own KSAW, KMSB/KTTU, and KMOV from Belo

I truely favor a real competitive balance for TV stations affected in the Gannett/Belo merger deal.

anybody asked the Belo employees what they think about leaving Belo?