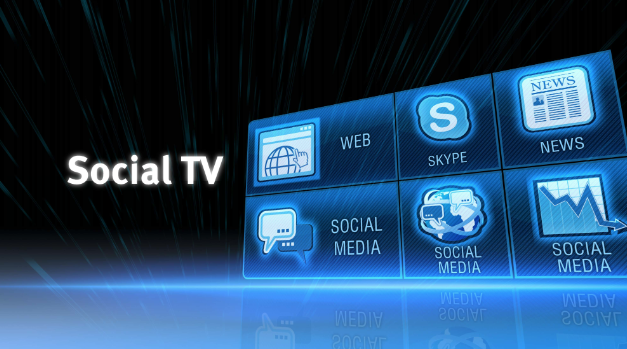 Social media in the newsroom has boomed to the point where major breaking news stories come with a hashtag to keep people engaged with the story on their social accounts. Broadcasters who want to monitor and air those social updates have plenty of options, ranging from the $600 jury-rigged solution all the way to a $30,000 high-end system.

The station linked the iPad to a monitor via Apple TV, using the iPad’s AirPlay feature. When anchors or producers found a tweet they wanted to air, they would lock onto it and switch the monitor to air. The total cost: $600.

“The Apple TV has been a godsend,” says Travis Ruiz, KXRM interactive managing editor. “We don’t have to worry about putting anything into the iNews strip, or creating special graphics — when we see an informative tweet come in, we can show it live in real time.”

Social media in the newsroom has boomed to the point where major breaking news stories come with a hashtag — in Colorado, it was #COFlood — to keep people engaged with the story on their social accounts. Broadcasters who want to monitor and air those social updates have plenty of options, ranging from the $600 jury-rigged solution all the way to a $30,000 high-end system.

Determining which solution is the perfect fit, however, isn’t easy.

“It’s risk management in this space,” says Scott Bowditch, a product manager at Ross Video. “It’s hard to justify staffing and equipment when it comes to social media because you can’t point with a straight line at the investment’s return. Everyone knows they have to do it, but it’s still really hard to monetize.”

Brett Jenkins, CTO at LIN Media, for instance, says if his stations want to put a tweet on air today, they paste it into a graphics template.

“We don’t need a special system to do that,” he says. “We’ve looked at a couple different systems about a year ago and made the decision that right now, it just seems like hype.”

That’s not stopping vendors — from startups to mainline companies — from marketing solutions to bring social content into stations’ day-to-day workflow.

Lower-cost solutions designed for broadcasters today tend to focus on doing one thing easily, like getting tweets on air or managing all of the social accounts at a station.

SocialNewsDesk is a Web-based solution used at more than 600 TV stations whose sole purpose is keeping engagement high on social networks.  It costs between $400 and $900 a month.

Kim Wilson, a former broadcast news producer, founded the three-year-old company. While working at WXJT Jacksonville, Fla., she came up with the idea after realizing how difficult it was to manage all the social media accounts at the station.

“Working in a newsroom taught me pretty quickly that managing social media in a newsroom is unlike any other industry,” Wilson says. “It really demanded its own tool set.”

SocialNewsDesk manages all of a station’s social media accounts — from reporters to branded accounts — in a single dashboard. It helps build engagement by making sure best practices are being used.

If a reporter, for instance, hasn’t posted on Twitter in several hours, the dashboard turns red, alerting that user, depending on their posting goal. It can also launch reminders to include a photo or link in a post, or to spell-check.

“For busy journalists, these things can be extremely helpful, to make sure they can stay on top of it,” Wilson says.

SocialNewsDesk wasn’t designed to put tweets or Facebook updates on air, but the company has partnered with WSI on software that lets meteorologists air geo-located tweets during weather forecasts.

TVInteract is a social media solution startup designed to let talent at the anchor desk push live tweets to air. Like Wilson, the company’s founder Jenni Hogan spent more than a decade in broadcasting.

This month, TVInteract launches its enterprise version, which costs $99 per month.

“I designed the app for the non-tech savvy anchor,” Hogan says. “It takes all the heavy lifting out of getting tweets on air and does it quickly.”

TVInteract is similar to the setup KXRM uses in that it relies on AirPlay and an Apple TV to put the tweets on air. The difference is what those tweets look like to viewers at home.

At KXRM, the viewer at home sees everything on the iPad screen, including the Wi-Fi strength bar, time and battery life of the iPad, just as they would if they were holding the tablet. “I think it gives it that raw feel,” Ruiz says. “It feels organic, and people are familiar with what that looks like.”

When an anchor pushes out a tweet using TVInteract, it looks like a graphic. A free version of the app is available today and includes one design template. The enterprise version will let broadcasters brand multiple templates.

WRAL Raleigh, N.C., used TVInteract last month for its documentary on college athletics, and KING Seattle has been using it in its daily newscasts.

The user interface has two layouts, the cue and a live page. An anchor can scroll through a Twitter feed and drag the tweets planned for air into the cue. When the live button is hit, the app goes to a full screen of the first tweet in the cue. The anchor then swipes the screen to the next tweet. To get back to the planning page, the anchor taps the screen three times.

Hogan, who recently presented her app to Ron Stitt, VP digital media for the Fox O&Os, hopes to bring Facebook and other social media feeds to her app in the near future.

When covering the government shutdown and Obamacare, for instance, Social Pulse can filter the millions of tweets being sent out to those just in a station’s market, and even show a heat map, to see if a number of tweets are coming in from a specific location, says Jason Gould, SVP and GM of Inergize Digital.

“The beauty of [Social Pulse] is that it allows you to geo-fence the Twitter fire hose and look at the impact in your market,” he says. “Our bread and butter is helping stations serve their market.”

Social Pulse is also designed for reputation management, business intelligence and advertising. The Web-based platform costs between $300 and $1,000 per month, depending on the size and scope of a station’s operations, with a two-year contract.

ChyronHego and Ross Video offer social media solutions that range from $3,500 to $5,000 for an entry-level platform.

ChyronHego’s Shout is a database that’s added into an existing ChyronHego Lyric-based graphics system that stations use for bottom-of-the-screen for graphics like school closings. To air social updates, operators drag content from the Twitter or Facebook feed into a queue, which is played out on a template designed by the station.

In the coming year, ChyronHego hopes to bring geo-fencing technology to its solution, and additional social networks. Instagram was added last month.

Ross Video’s Inception Social was released last year as the development team was working on Inception News, the company’s new newsroom system. Inception News was to include a social media editor on it, so the team decided to test the waters by releasing Inception Social on its own and as an add-on to AP ENPS and Avid iNews.

Inception Social  is being built into Inception News, but will be available separately for $5,000.

The solution lets broadcasters monitor in-house accounts, and air tweets and Facebook updates. Because it’s tied into a newsroom system, everyone at the station has access to the social content.

When everyone has access, however, it does open up the possibility of some liabilities for the station. So, Ross included an approval process in its solution that can go as far as if a new reporter decided to post a tweet to his or her personal account, a message could be sent to a news director to approve that tweet before it goes live.

“If someone has a few too many at the local basketball game and tweets out some messages using his station’s call letters, today you’d have a PR issue, but tomorrow you’ll have an HR issue, because that guy will be fired,” Bowditch says. “If we can stop that from happening, you might still have the HR issue, but at least that tweet didn’t go out.”

On the high-end of social media solutions is Vizrt’s Viz Social TV. The broadcast graphics company is gearing up to release a product designed for stations that ties into newsroom systems and helps push content to air. The solution will start under $30,000, says David Jorba, SVP Vizrt America.

“We’re usually in the high end,” Jorba says. “Compared to others, we tend to be more expensive, but we’re also perceived as the luxury solution.”

For that price, users get access to Vizrt’s highly interactive 3D graphics that are compatible with large touchscreens in the studio and virtual sets. Election polls, for instance, can pop up on an anchor desk and a camera can swing around and show those graphics from different angles.

The all-in-one Viz Social solution is designed as a plug-and-play box, so broadcasters don’t need existing Vizrt products to use it. Existing Vizrt graphics customers can buy various social media solutions from the company at a lower price tag.

Take it from someone who is stuck using SocialNewsDesk — it’s not good. Buggy, limited, confusing and lacks basic features. You are FAR better to use the native platform & analytics tools Facebook provides.

Hi Whoozeit, I’d love the opportunity to help! If there’s a new feature you have in mind or some way we can improve your experience, I’m all for it! We’re dedicated to customizing our tool to a newsroom’s needs. Rather than copying Facebook’s features, our goal is to build on top of Facebook and create new ways to help newsrooms master social media content, security and monetization. We have thousands of happy customers in newsrooms all over the country and I’d love it if you were one too. 🙂 Feel free to contact me anytime: kwilson [at] socialnewsdesk.com or @kimsnd – Kim Wilson, Founder SND

I don’t know what that previous comment is talking about, I actually really enjoy using SND at our station, WJXT. We are able to track what gets the most action, allows us to post on a specific schedule and gives everyone access to the account and post. I love that I can make accounts for all the people in the newsroom to post, and then monitor what was posted and by who if there is an issue, or find out who did an awesome post and praise them. It’s much easier than asking a thousand questions. Plus the contest options are pretty awesome too. Having SND choose the winners of the simple entry contests is a fantastic help. I’ve been using it for years now and find it incredibly helpful.