Back to TVNewsCheck Home Print this page
MULTICASTING 2016: PART 4 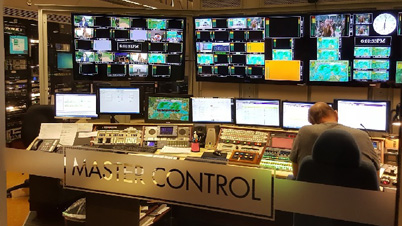 MPEG-2 compression has proven itself to be a workhorse for the television industry, enabling DTV multicasting channel count to grow with successive generations of encoders. In its closing act, the compression technique has enough performance left to help make the spectrum repack a success and position the industry for a successful transition to a next-generation TV standard. This is Part 4 of a four-part special report on multicasting. Parts 1, 2 and 3 appeared yesterday. You can read the other stories here.

MPEG-2, the more than 20-year-old video and audio compression technique at the heart of DTV, still has life left in it, industry sources say. At least enough to help many TV broadcasters today increase their channel count and make repack channel sharing easier to swallow in the near term. It will ultimately take the industry through a successful voluntary transition from ATSC 1 to next-gen TV operations based on ATSC 3.0 and a far more efficient compression algorithm.

“I think all of the industry is asking the encoder makers to not give up on MPEG-2 advances for the sake of channel sharing,” says Mark Aitken, Sinclair Broadcast Group VP of advanced technology.

Despite the industry’s best hope, however, at least two major encoder vendors say they have taken MPEG-2 efficiency about as far as it will go.

“I would say we are getting near the apex of gains we can get out of MPEG-2, although there are still some tricks [to boost efficiency a little more],” says Tom Lattie, VP of market development and product strategy at Harmonic.

Abdullah Merei, product manager for compression at Evertz, echoes that sentiment. “Moving forward, I would expect another 10% reduction [in bit use], so they can add another subchannel [using the company’s 3480TXE encoder MPEG-2 encoder].

A lot is riding on achieving maximum compression efficiency for broadcasters these days.

Not only does greater compression efficiency mean more channels on-air to take advantage of more multicasting opportunities, but it also means TV stations might be more inclined to agree to channel sharing as part of the FCC’s incentive auction and spectrum repack strategy.

For example, tests conducted one year ago at PBS Member Station Joint Master Control in Syracuse, N.Y., demonstrated that the Evertz MPEG-2 encoder can put two 1080i HD and four 480p SD channels in the 19.39 Mbps available in a single 6 MHz TV channel with ATSC 1.

That type of efficiency will be important in an FCC channel-sharing repack scenario if two broadcasters entering into such an arrangement each want to deliver an HD main channel and a couple of digital subchannels.

Other permutations are possible as well. “We see a combination of anywhere from one to three HDs in a pool, or some number of HDs and SDs,” says Harmonic’s Lattie.

And if HD is not part of the equation, Evertz and Harmonic say, it’s possible to put as many as 12 SD channels in a single 6 MHz TV channel.

For example, Lattie points to KAXT, a Class-A channel in San Jose, Calif., that currently is putting a dozen SD TV channels and eight audio services on air.

The real answer to achieving greater efficiency with MPEG-2, however, may have less to do with innovation on the part of vendors and more with broadcasters replacing the ageing encoders currently in use at their stations, Lattie says.

“There is still an enormous number of broadcasters who are running MPEG-2 encoders as many as four generations from where we are today,” he says.

Replacing older encoders with the latest models can cut a station’s bitrate usage in half and produce better looking HD and SD pictures due to advancements in technology and the intervening years of experience vendors have gained compressing images, Lattie says.

Perhaps the last hurrah for MPEG-2 in U.S. television broadcasting will be in support of “local simulcasting,” the proposed voluntary transition plan put forward by a coalition of broadcasters, the NAB, consumer electronics manufacturers and others in a rulemaking petition before the FCC to authorize ATSC 3.0 OTA transmission.

Under the plan, broadcasters wishing to deploy ATSC 3.0 service would be allowed to continue serving ATSC 1 viewers with their main channel by sharing a 6 MHz assignment with other broadcasters in a market, effectively simulcasting their next-gen TV primary channels to DTV viewers.

With the ability to transmit up to 12 MPEG-2 encoded SD channels in a 6MHz assignment, it is conceivable that a single channel could support such local simulcasting for all of the full-power TV stations in most markets.

However, the anticipated destination for the television industry will leave MPEG-2 behind.

The proposed codec for ATSC 3.0 is HEVC, or high efficiency video coding, a compression technique that out of the chute will be about four times more efficient than MPEG-2.

It’s important to understand that Merei’s figures are an apples-to-apples comparison based on the typical number of bits broadcasters allocate to video today — 16.5 Mbps of the 19.39 in ATSC 1 — and that in actuality ATSC 3.0 is progressive, not interlaced. “The 1080p bitrate range would be between 2 and 2.5 Mbps — so around six 1080p in 16.5 Mbps,” he adds.

However, channel count gains in ATSC 3.0 are only partially related to the HEVC codec. “If we use the same game posts as we have today [in ATSC 1], what you have is a 15 dB carrier-to-noise ratio,” says Sinclair’s Aitken.

This added data throughput combined with the HEVC multiplier will make it easy for a broadcaster to transmit as many as 10 HD and 10 SD channels and possibly up to 12 or 14 HD channels, says Aitken, who will officially open the broadcast group’s newly renovated ATSC 3.0 lab on Aug. 1.

“The fact of the matter is now you are starting to look at the equivalent of a skinny bundle from one channel allocating its full bandwidth to that.”

Of course, not every broadcaster will choose to offer a skinny bundle in its 6 MHz channel assignment, he adds.

Unlike with the current DTV standard, ATSC 3.0 gives broadcasters the chance to control a whole range of parameters, including modulation and decoding rate, based on their specific business needs.

“So it would be impossible to believe that you could talk to two different broadcasters with different views of business models and come up with the same answers,” Aitken says.

But if maximizing channel count to multicast is the goal of a broadcaster developing a future ATSC 3.0-based business plan, the next-generation TV standard along with HEVC encoding will make it possible to far exceed anything that is possible today with MPEG-2.

This is Part 4 of a four-part special report on multicasting. Parts 1, 2 and 3 appeared yesterday. You can read the other stories here.