Back to TVNewsCheck Home Print this page
PRODUCTION MUSIC 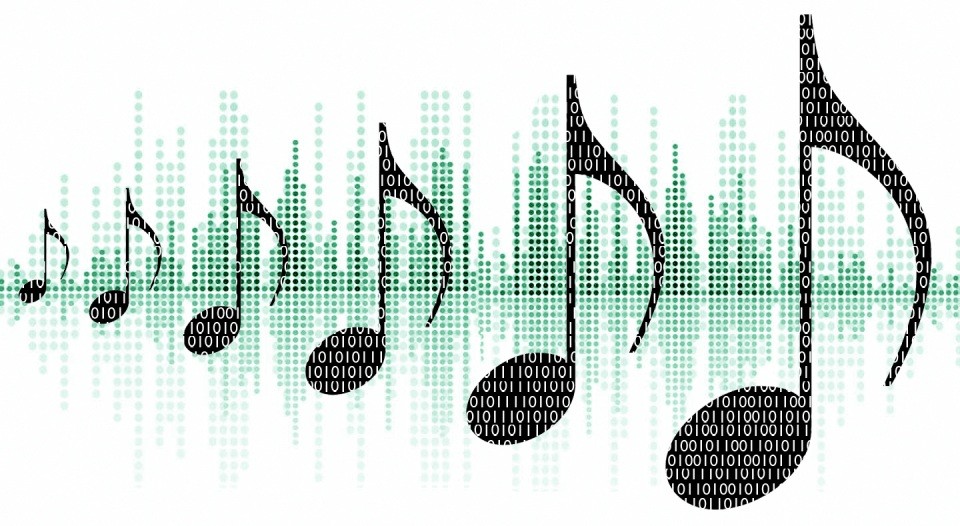 Why do TV stations, station groups and media outlets place so much emphasis on production music? Because it still brands the programming, reinforces a show's identity and stays with viewers long after the broadcast ends. Here’s a look at today’s art, science and trends in production music.

And now, a musical question: If you use a mallet to strike three chime tones—G, E and C—at quarter-second intervals, how long will the vibration last before it fades away?

The truth is, no one knows: We’re still measuring the impact.

The NBC chimes haven’t faded from public consciousness since they first sounded on the radio in 1929. They leaped to TV, and even in our age of digital media mania, people young and old still know that three-note volley. Try it: Perfect pitch or tin ear, you can easily hear that micro-melody in your head. “N-B-C.”

That example illustrates why TV stations, station groups and media outlets place so much emphasis on production music: It brands the programming, reinforces a show’s identity, and stays with viewers long after the broadcast ends.

From a business standpoint, technology has made all the difference this last decade, allowing easier access to more tracks, and with much quicker turnaround times to deliver new or library music. That may explain in part why, with the rest of the music business in financial free fall, production music has held its own. Precise revenue figures aren’t available, but all the subjects interviewed for this story described a healthy marketplace, even if it’s more competitive than ever.

And from a creative standpoint, clients and composers alike place more stress than ever on authentic sound and feel. It’s not enough to have a sampling library that contains a bank of cellos: You want something so realistic, someone might mistake your MacBook Pro for Yo-Yo Ma. Yet without dismissing that high-tech firepower, the bigger production houses also place a premium on using live musicians who can capture that X-factor of soulful feel that makes the music hit home.

Clients also value, more than ever, collaborative back and forth that allows them to work with production music clients as a core riff—maybe something as basic as the NBC chimes—morphs into hundreds of variations for news bulletins, election updates, bumpers, morning talk shows or sonic spice to kick off weekend programming.

If you go to Warner/Chappell’s production music website, for example, a search engine allows you find catalog music by keyword, genre or mood. Is it exhaustive? If you enter the word “sappy,” for example, more than two dozen titles pop up in an instant, from “First Crush” (in surf style) to the lounge track “Sappy Samba.”

“It’s still a very, very healthy business,” says Mark Agent, director of licensing for Warner/Chappell Production Music. “Just from the TV standpoint alone, look at how cable has exploded in the last decade. And for us, it is a growing thing.” But conditions also shift, sometimes at breakneck pace: “The local TV landscape is changing as we are speak, because the ownership is changing so much. It’s a wild ride,” Agent says.

While Agent would not disclose Warner/Chappell revenue figures, “Our TV news music has grown from less than 200 stations to 325 in the last eight years,” he says. That’s a 63% increase, which gives some credence to Agent’s claim: “We’re the leader in news music.”

As Agent described it, Warner/Chappell strives to give clients more than expected in two particular areas: nailing a signature sound, and making that music to order with live musicians when the budget allows.

“When the client excepts 20 tracks and they get 50, that just blows them away,” he says. “And that’s a good business model; it builds loyalty. They get more than they bargained for, and the creative process is just a part of it: We tweak things constantly until we get it just the way they want it.”

For projects requiring new music from scratch, the turnaround time ranges from about two weeks to three months, depending on whether it’s news music or an entire station rebranding. But once the tracks are ready, they can be delivered in minutes as sound files via the Internet. That’s a big switch from a decade ago, when hundreds of CDs had to be duplicated for station engineers, a costly and time-consuming process.

Warner/Chappell also has two state-of-the-art recording studios, in Nashville and Salt Lake City. And if a 65-piece orchestra is called for, they can do that, too, by renting space at Nashville’s Ocean Way studios.

Compare that to the operation of composer James Bowers, a transplanted Canadian from Vancouver living in Durango, Colo. His setup is more of a one-man digital show. He uses a 12-core Apple Mac tower with 48 GB of RAM, four 500GB solid-state drives and four more external solid-state drives, each 500GB. As studio computers go, it’s powerful enough to conduct an entire orchestra of virtual orchestras — and would’ve been impossible just five years ago.

“Oh my God, it’s so easy to come up with sounds,” Bowers says. “I’ve got four symphonic packages, Hollywood strings, Vienna strings, the East West piano [software] package with Yamahas, Bosendorfers, Steinways. In the last five years, the sound quality and ease of use has skyrocketed. You can produce natural sounds with the natural articulations of the players.”

Yet when surmising what the TV brass wants, Bowers is as old school as they come. When he rebranded all the music for Canada’s Global Television Network last year, he began by flying to Hawaii.

There he strolled Maui’s Wailea beach strumming a guitalele (a cross between a ukulele and a travel guitar), tossing off riffs by the surf until he finally found a five-note melody that delighted him. (Citing those NBC chimes, Bowers maintains that a core melody for a station theme should be simple and memorable; even 10 notes is probably too busy.)

And if you think an earworm from Lay, Lady, Lay is bad, get this: That beach melody became the center of Bowers’ creative life for the next several months, as he wrote and recorded 240 pieces of music from it. What’s more, he had to top his last rebranding of Global’s music in 2009. (His new work got the corporate thumbs up at the end of 2012.)

As a Canadian trying to crack the U.S. market, Bowers observed that, “Things work quite differently here. You might hear a music package used for an NBC station in Chicago, and then you go to Atlanta and it’s an entirely different package for the NBC station there.” In Canada, one package used by a national broadcaster usually finds its way to all the local markets.

Like Bowers (who played in the Canadian rock band Chilliwack), Stephen Arnold of Dallas is a musician-turned-production music maestro. When pursuing fame and fortune in Los Angeles didn’t work out, Arnold returned to Texas and wrote jingles for Dallas-area car dealerships and shopping centers. Now, his Stephen Arnold Music is recognized as a major production music player, incorporated for 20 years and generating music for 250 TV stations.

The business game-changer, as Arnold sees it, is technology — not the kind Bowers uses, but primitive sound sampling and editing tools in the hands of countless musicians who may or may not have creative flair.

“I call them the ‘Dead-room Bobs,’ with their GarageBand programs and their loops and synth pads,” he says. “I’m not sure that’s really composing. It’s turning into more of a commodity, and we constantly have to present what our music does in terms of value added and shelf life. We’ve got the ability and the experience that creates music that can make an emotional connection. Just because it’s in tune doesn’t mean it will connect, and there’s as much science as art behind it.”

For example, a theme that sounds right in Hartford, Conn., might not translate to Memphis, Tenn.—that is, until you re-record it with some organic blues textures. “We have an internal motto that says, ‘If you don’t have the time to do it right when are you going to find the time to do it over?’ There’s a tendency in this industry to migrate towards mediocre or good. But how many great ones are there?”

In terms of the great music libraries for TV production, you’d be hard pressed to find the equal of 5 Alarm Music, based in Pasadena, Calif. It represents 68 music libraries worldwide, giving it access to an astounding 200,000-plus titles from places such as France, Canada, the Netherlands, and Scandinavia.

“Music libraries, though not sexy, are one of the more regular and consistent parts of the business,” said Cassie Lord, 5 Alarm’s vice president and general manager. “It goes all the way from big TV producers to guys producing wedding videos.”

In today’s digital age, finding just the right prerecorded music has become a vastly streamlined process. “I’ve been in this since 1983, and what’s nice is that it’s all digital and it’s all about metadata,” Lord says. “You enter a few search words and you can have the music in a few minutes. Before, we had to find music, send out a quarter-inch tape reel, and then wait for them to receive it and send it back.”

But 5 Alarm can also do custom music, too. It has its own independent label in house, Rescue Records, with more than 275 artists to strike a client’s fancy. It also runs the Firehouse Recording Studio in Pasadena.

“We can accommodate budgets in any range; some people have $1,000 for an episode, and other people have $50,000,” Lord says. “But we can keep it low cost by giving them the music on the front end, and then putting it in our own music library on the back end.”

As for the state of the production music business, Lord sounds both upbeat and realistic. “It’s positive,” she says. “Is it wide open? No. The cities have all been built. But there are new marketplaces to build, and there are new revenue streams with Google doing ad revenue sharing, which is a new place to make money. It’s not for everybody, but if your music is in something and it goes viral, you’re going to make good money. It’s still a good business to be in and I’m enthusiastic to be in it.”