NAB To Laud Kristen Bell Of ‘The Good Place’ 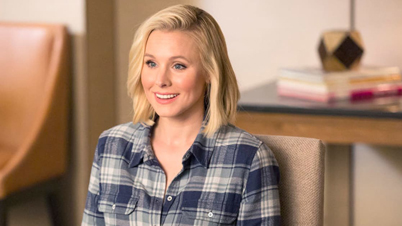 The actress will receive the 2018 NAB Television Chairman’s Award honoring “significant achievements in television” at the association’s annual exposition in April.

Television and film actress Kristen Bell will receive the NAB Television Chairman’s Award during the new NAB: We Are Broadcasters Celebration, April 10 at 3-4:15 p.m. at the 2018 NAB Show in Las Vegas. The award honors individuals for significant achievements in television.

Bell currently stars as Eleanor Shellstrop in the NBC series The Good Place, which was recently renewed for a third season. She will also star in the Netflix comedy Like Father and lend her voice to the animated film Teen Titans Go! to the Movies, both of which will be released this year.

Additionally, Bell is working on the sequel to the popular Disney film Frozen, in which she is the voice of Anna. The original film has grossed over $1.2 billion worldwide, making it the highest-grossing animated film of all time.

In 2014, Bell reprised her title role in the Warner Brothers’ film Veronica Mars. She also appeared in a guest-starring arc on NBC’s comedy series Parks & Recreation. For five seasons, beginning in 2012, she starred as Jeannie Van Der Hooven in the Showtime series House of Lies.

“Kristen Bell charms audiences with a natural mix of poise and humor that she brings to all her roles,” said NAB Television Board Chairman Jordan Wertlieb. “We look forward to welcoming Ms. Bell to this year’s NAB Show and honoring her with this well-deserved distinction.”

Examples of additional television credits include Unsupervised, Deadwood, Heroes and Party Down. She’s also held lead roles in films including You Again, When in Rome, Couples Retreat and Forgetting Sarah Marshall.

Established to recognize individuals for significant achievement in one or more specific art disciplines in television, the NAB Television Chairman’s Award first debuted in 2009 with four-time Emmy and two-time Golden Globe-winning actor Kelsey Grammar as the recipient. The 2017 recipient was award-winning actress and producer America Ferrera.