NAB, WJW Take 3.0 Out To The Ballgame 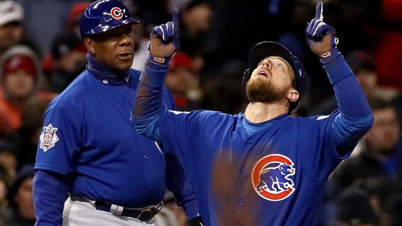 Proponents of the next-gen TV transmission standard simulcast Game 2 of the World Series last night with ATSC 3.0 using an experimental license (on ch. 31) and the transmission facilities of Tribune's WJW Cleveland, the local Fox affiliate.

Game 2 of the World Series in Cleveland last night will be remembered for more than proving the adage that good pitching always beats good hitting — at least among broadcasters backing ATSC 3.0, the new transmission standard now pending FCC approval.

Several of those backers simulcast the game with 3.0 using an experimental license (on ch. 31) obtained by the NAB and the transmission facilities of Tribune’s WJW Cleveland, the local Fox affiliate.

“We are showing the FCC and our fellow broadcasters that Next Gen TV is a grand slam home run,” said Richard Friedel, EVP and GM of Fox Networks Engineering and Operations, and current chairman of the Advanced Television Systems Committee, which developed the standard.