Back to TVNewsCheck Home Print this page
MULTICASTING 2015 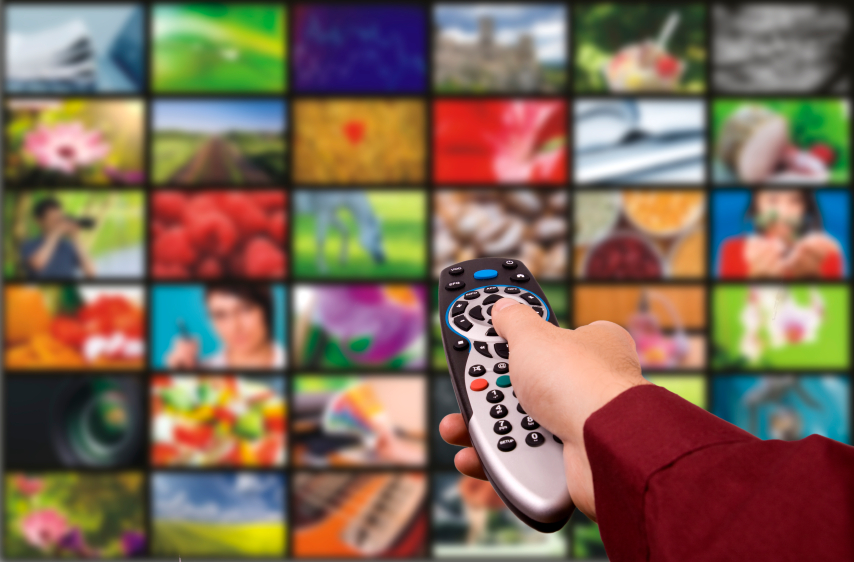 Next Monday, Memorial Day, Decades makes its formal multicasting debut, providing viewers in about half the country with classic TV, movies and documentaries loosely organized around decades, and a daily newsmagazine about the recent past hosted by Bill Kurtis.

The hour-long Through the Decades is “more ambitious than anything that any diginet has done thus far,” says Neal Sabin, vice chairman of Weigel Broadcasting, which is partnered with CBS in the venture. The show, like the network, draws programming from CBS’s vast libraries.

Appropriately, the first airing of the show will focus on events tied to the holiday, says Sabin. “That’s not just wars. There’s a great clip of Walter Cronkite interviewing George Lucas because Star Wars premiered in 1977 on Memorial Day weekend.

Decades is part of the new wave of diginets with significant distribution, tightly focused brands and programming and, in some cases like Decades, a smattering of distinguishing original programming.

Others riding the wave: Grit, Escape, Laff, Buzzr, Heroes & Icons and the Justice Network. Despite their greenness, they all managed to crack TVNewsCheck‘s Top 25 Digital Ranking based on coverage (see the full list here).

Together, the newcomers attest to the growing acceptance of multicasting among viewers and advertisers.

In an analysis of Nielsen data, TVB found that several diginets are drawing bigger audiences than basic cable networks, particularly in small markets. For instance, in Dayton, Ohio, Weigel’s MeTV, on a subchannel of Cox Media’s WHIO, delivered a 1.0 rating in adults 25-54 in February, beating out top cable nets like History (0.9), ESPN (0.7) and TNT (0.5).

Katz Broadcasting is at the forefront of the multicasting surge. Its male-focused Grit, which debuted last August, is already the third most widely distributed diginet on stations in 80% of TV households. The network airs reruns of shows like The Rookies and movies like Arnold Schwarzenegger’s Last Action Hero.

Katz also recently launched female-focused Escape, which is distributed in 60% of TV homes. And its one-month-old comedy network Laff is already cleared on stations that reach 55% of television households.

“So far, Grit has led the way with Escape and Laff not far behind,” says Jonathan Katz, president-CEO of Katz and COO of Bounce TV, a popular African-American network. “Stations are embracing all three networks. They’re all carried by major station groups and stations.”

This past January, the crime and investigation network Justice Network debuted. It’s now in 40% of TV homes.

“When you have a multitude of choices on cable TV, broadcast and digital, you have to treat a network like a packaged good that’s competing with a multitude of brands on the shelves,” says Steve Schiffman, CEO at Justice Network. “You have to have a very clearly defined brand.”

Other upstarts include Sony Pictures Television’s classic movie network getTV (70%), Weigel’s Heroes & Icons (24%) and MGM’s general entertainment network The Works, which each weekday airs a three-hour block of Huffington Post Live. The Works is in 37% of TV homes.

For stations, diginets are a low-cost or no-cost new revenue source that help them provide programming to their communities.

“The diginets are an important piece of our business,” says Pat LaPlatney, SVP at Raycom Media. “I’m not going to say it’s an enormous piece of revenue. But it is in the millions of dollars.”

And, they also help stations better serve their markets, he adds: “Bounce TV serves the African-American audience, which helps us to serve an audience we feel is under-served.”

The diginet world is fueled by direct response advertising. For most, it is the sole source of revenue. (In Part Three of our four-part special report on multicasting, TVNewsCheck will examine the state of the DR market. It appears tomorrow.)

But some, notably MeTV, Bounce and NBCU’s Cozi, are now getting Nielsen ratings and selling general-market advertising.

“This is a positive for our clients and for us,” says Sam Armando, SVP of media buying agency Starcom MediaVest Group’s SMGx division.

He adds that advertisers like the classic TV formats like that on Tribune Media’s Antenna TV. “The content is safe,” he says. “There isn’t much to worry about.”

The Nielsen numbers also help networks to tweak their programming in search of bigger audiences.

“We are looking at the data for audience flow purposes,” says Meredith McGinn, SVP of Cozi. “We haven’t made any scheduling changes yet, but for future acquisitions we are definitely going to use the data.”

Both MeTV and Bounce TV are active in this year’s $20 billion national TV upfront ad market, which is getting underway.

“Right now, just about every major ad agency buys Bounce TV,” says Katz. “We are in the middle of delivering around 200 upfront presentations. We expect to show major growth year over year, which is on top of a very healthy scatter market.”

The news from the multicasting front is not all good. Over the past months, many have quietly disappeared.

Soul of the South and Zuus Media’s music network Zuus Latino have shuttered. With the loss of affiliates other than the ABC O&Os, Disney-ABC’s Live Well Network is down to just 23% of homes.

And The Cool TV, a Top 25 diginet last year, is now available only on a few cable systems and online.

Michael Kokernak, president of Across Platforms, a Boston-based consultant who follows the multicast world, says success depends of the same principles that have guided broadcasting over the decades.

“Diginets need to be more focused on wisely investing their programming budgets on finding hits that will resonate with both viewers and advertisers.”

This is Part Two of a four-part special report on multicasting. Read all the sections here.

As antenna viewers we enjoy the increased choices available from the diginets. However, I am quite concerned as much of this may come to an end as a result of the FCC spectrum auction and the repacking plan. This could close off the creation of new networks and the loss of some when some stations sell out. Over half of our network viewing now comes from these new small networks (especially MeTV, Cozi, Antenna TV, PBS Create and ION). OTA choices have never been greater but I fear that will be destroyed. And just when viewers are waking up and dropping expensive cable and moved back to antenna viewing and online choices.

This would be true for many markets under ATSC 1.0. But 3.0 allows for enough capacity that it should accommodate all remaining stations and all diginets even if the entire 120 MHz is reclaimed (the FCC has declared 120 MHz as the maximum amount–no more). That’s why it is imperative that you contact your representatives in D.C. and urge them to call on the FCC to approve ATSC 3.0. When the FCC asks for comments on 3.0, which might happen next year, make your support of the new standard known. The Commission is under obligation to read your comments.

Good comments. I find it hard to see the accuracy of the chart. The nets tell you the clearance percentage. Why not querry NSI or Rentrak or RabbittEars.info. They are non aligned third parties.
Also how many are NSI day part reportable ??

Article is good skim reading but the data is spurious, Across All Platforms has incorrect or missing data all the time & try to get it retracted or corrected, good luck.

We did run the coverage figures by the competing networks before publishing.

Sub channels are for old farts that like to watch the 50st re-run of some 70s b-class movie or show.

Someday you will be an old fart. Just because a show is brand new does not mean it is automatically better .

A better question than simply reporting WHIO’s MeTV with a 1.0 rating A25-54 in Feb 2015 (larger than cable net History, ESPN and TNT) is how WHIO has been able to monetize it.