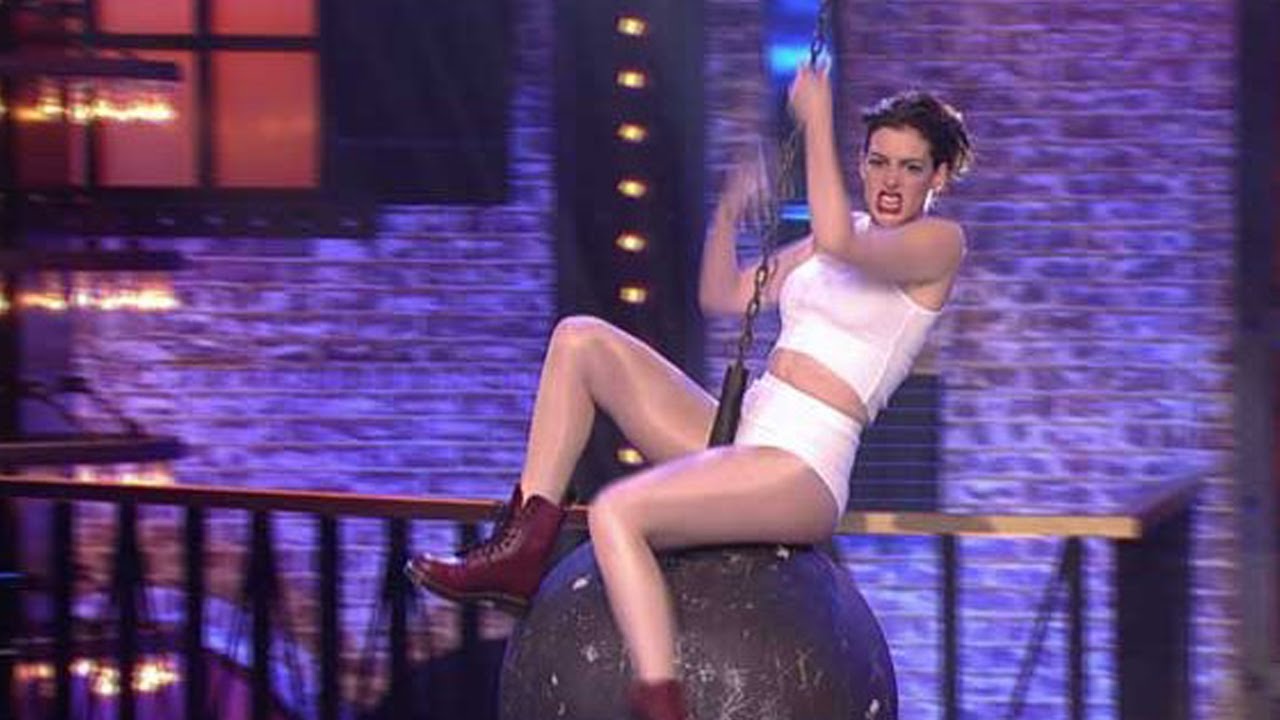 After being turned down by NBC, Jimmy Fallon and his production partners instead brought Lip Sync Battle to corporate competitors at the Viacom-owned Spike TV, where it instantly became a hit. A clip of actress Anne Hathaway swinging on a giant wrecking ball to emulate Miley Cyrus has been watched online more than 10 million times since it first aired last week.

NEW YORK (AP) — When Jimmy Fallon sought to turn the popular lip sync competition feature from the “Tonight” show into a television series, NBC turned down one of its biggest stars – a decision that at least initially seems like an embarrassing mistake.

Fallon and his production partners instead brought “Lip Sync Battle” to corporate competitors at the Viacom-owned Spike TV, where it instantly became a hit. A clip of actress Anne Hathaway swinging on a giant wrecking ball to emulate Miley Cyrus has been watched online more than 10 million times since it first aired last week.

“People are responding to music that they love and to celebrities performing in a different way,” said Casey Patterson, executive producer of the series for Spike. “It’s like `Saturday Night Live,’ it’s always a treat to see celebrities moving out of their comfort zone.”

Celebrities are calling Spike “every day” to get on the show, she said, including people who won the competition on episodes that haven’t aired yet wondering if they will be invited back.

So where was NBC?

The network declined comment on why it passed on “Lip Sync Battle.” NBC already airs two cycles of “The Voice” each year and the summertime hit “America’s Got Talent,” so they could be at their limit of talent competitions. And when the show was first pitched to NBC, it featured civilian competitors — not celebrities — making for an entirely different experience, said a person familiar with the talks who spoke on condition of anonymity because of the confidential nature of negotiations.

NBC Universal owns several cable networks, including USA, Bravo, E! Entertainment, Oxygen and Esquire, where a show with the audience of “Lip Sync Battle” would be a game-changer, as it has been for Spike. It’s not clear which of those networks, if any, was offered a chance at the show.

Perhaps because of the potential embarrassment, the pitching process is now akin to a state secret. Fallon was on vacation and not available to speak about it, and a spokeswoman said workers at his company Eight Million Plus Productions would not comment.

A representative for Matador Content, another production partner, offered host LL Cool J to talk about how the show has become a hit, but said executives would not talk about why it landed at Spike.

Spike was first pitched the show more than a year ago by executives at Eight Million Plus and Matador, said Patterson, who was a part of the meeting. The series was pitched to Spike as a celebrity contest, not with civilians.

Despite the initial success, it wasn’t a slam-dunk decision for Spike to pick it up. The lip sync battles on the “Tonight” show weren’t as popular as they later became and, because of the need to get clearances for music used on the show, it wasn’t necessarily cheap to produce, she said.

Spike sought a series that would crystallize its new direction — the network wants to broaden an audience dominated by young men — but the strategy wasn’t known at the time. So far this has worked spectacularly well: the show’s audience is 58 percent female.

The April 2 premiere of “Lip Sync Battle” lured 2.2 million people to Spike, its biggest audience in nearly a decade. In today’s television world, that’s only a small part of a show’s impact, however. The first three episodes of the series have aired a total of 31 times, not just on Spike but on sister Viacom networks MTV and BET, and have been seen by 24.7 million people, the Nielsen company said.

NBC’s cable networks rarely approach such numbers. The week that “Lip Sync Battle” premiered, the only NBC cable programs to get more viewers were two “Real Housewives” episodes on Bravo, an “NCIS” rerun on USA and professional wrestling, Nielsen said.

On the still-developing Esquire network, the most-watched show that week was an “NCIS: Los Angeles” rerun with 396,000 viewers. On Oxygen, it was an episode of “Snapped” with 379,000 viewers.

In an entertainment world where egos bruise easily, getting into the production business with an onscreen star like Fallon has its risks. Would a performer be able to separate success in one arena with potential failure in another?

Fallon’s production work has otherwise borne little fruit. NBC premiered his company’s sitcom, “Guys With Kids,” in September 2012 but it lasted only five months. Fox bought “Bad Seeds,” the company’s idea for a drama about teenage vigilantes, but it never made it to series. NBC is making a pilot this spring of “Sharing,” a workplace comedy from Fallon’s team, but there’s no guarantee it will be picked up.

With “Lip Sync Battle,” Fallon hit pay dirt. And NBC is on the outside looking in.