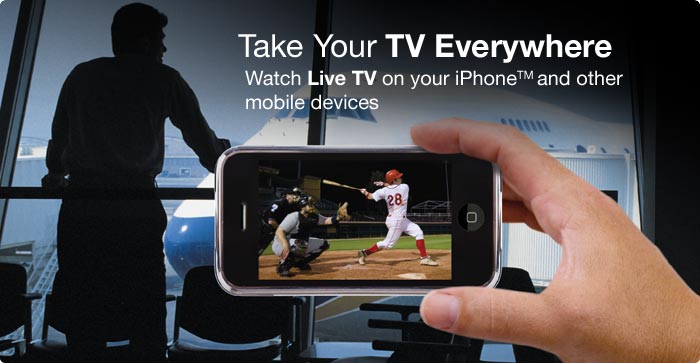 ABC, CBS, Fox and NBC are deploying TV Everywhere technology. While they differ in specifics, each product equips the respective network with a way to reach viewers on their smartphones, tablets and computers with linear programs, live presentations and video-on-demand content. CBS and Fox have turned to Syncbak, NBC is using Avanto, while ABC has turned to upLynk.

The Big Four broadcast networks have adopted three different streaming technologies for their TV Everywhere initiatives that the networks and their affiliates may be able to deploy in other streaming applications.

CBS and Fox, for their owned stations, are deploying a solution from Syncbak, a Cedar Rapids, Iowa-based venture backed in part by CBS and NAB.

NBC, which gave its affiliates a preview of its offering in Las Vegas at this year’s NAB Show, will base its TV Everywhere offering on technology from Palo Alto, Calif.-based Avanto.

ABC has turned to upLynk, which Verizon Digital Media Services acquired in November 2013.

While they differ in specifics, each product equips the respective network with a way to reach viewers on their smartphones, tablets and computers with linear programs, live presentations and video-on-demand content.

The technology from Verizon responsible for the Watch ABC TV Everywhere experience is based on a non-proprietary adaptive bit rate streaming approach used to transport video programming along with closed captioning information, SCTE triggers, watermarking and other data to playback devices, says Ralf Jacob, Verizon Digital Media Services chief revenue officer and a founder and former CEO of upLynk.

“This works on devices that have native support for HTTP Live Streaming, HLS, which is currently on more than 130 different devices,” he explains. For devices unable to interpret the protocol natively, Verizon inserts a library of commands into the streaming app that interprets the stream for the non-HLS device so it performs all of the expected functions, including start, stop and fast forward, trick play and closed captioning.

Both at the affiliates and at the network, a low-cost PC, Mac or Linux computer equipped with an HD-SDI input runs a free software application from Verizon known as the Slicer, which uploads, encodes and transcodes in a single operation, Jacob says. The Slicer takes temporal slices of incoming content and moves them to the cloud, which in turn delivers the slices to an origin computer server that feeds the CDN that delivers content to consumer devices.

By taking this approach, the Slicer makes video available to TV Everywhere viewers before a program has been uploaded in its entirety, and at the same time it creates discrete content elements that can be available for on-demand viewing — a natural solution for dicing newscasts into individual stories that can be accessed on demand.

Verizon also provides middleware for individual stations and the network to communicate with scheduling servers and traffic systems and insert needed SCTE triggers to identify blanked out periods in the network feed during which local content, such as newscasts, and local advertising can be inserted.

Commercials are inserted into the TV Everywhere stream on the server side — not at the station or network- which provides for custom ad delivery addressed to individual viewers based on demographic information.

“Like a FreeWheel or DoubleClick system [for Internet advertising], we can deliver dynamic ads that are targeted on a live stream with linear television,” Jacob says.

The technology behind NBCUniversal’s TV Everywhere play is from Avanto, an over-the-top specialist that has an extensive base of television clients, including Gray Television, Hearst Television, LIN Media, Journal Broadcast Group and Post-Newsweek Stations, as well as Fox Sports and NBCUniversal’s 28 network brands, says Matt Smith, Avanto chief evangelist.

Avanto’s approach to TV Everywhere is to offer broadcasters a software-based solution that runs on common off-the-shelf (COTS) servers from companies like Dell and HP, says Smith. “All the broadcaster does is power up the server, provide it with a network drop and connect the live video signal to it. Everything else is done remotely,” he adds.

The “everything else” Smith references includes encoding for playback on a variety of second-screen devices, authentication to ensure that a TV Everywhere viewer is in good standing with his cable or IPTV provider; blacking out out-of-market stations; dynamically inserting advertising on the national, regional and local level, including local and regional spots based on the location of the viewer; and, ultimately, managing a content delivery network for final distribution to viewers.

Avanto also tracks what viewers are watching, when and for how long to provide analytics that the network and affiliates can use to market to advertisers. Combining analytics, the ability to geolocate viewers and dynamically insert ads ultimately can give broadcasters the opportunity to reach individuals in ways previously unimaginable.

“No one to my knowledge is doing this in practice today, but think about your geographic proximity to an advertiser,: Smith says. “You are on a train. You are watching the San Francisco Giants game, and you get off at the station. There is a Starbucks a half mile away.

“You can pop up a lower-third graphic that says: ‘Save a Dollar at Starbucks, Tap Here for More Information,’ and we can have that ad experience happen while the broadcast still happens underneath the ad. This enables quite a few interesting possibilities.”

Powering the new CBS All Access TV Everywhere subscription service is the Syncbak Syncbox, a 1RU computer server at each participating CBS-owned station, and eventually at each affiliate that signs up, along with a cloud service that dynamically manages program rights.

The function of the Syncbox server is to prepare the TV station’s linear program feed for streaming to the cloud. The server transcodes an incoming ASI program feed from the local station, encodes and compresses it for delivery to the cloud, wraps in closed-captioning data and Nielsen ID tags and streams out the prepared content to the cloud, says Jack Perry, founder and CEO of Syncbak.

In the cloud, Syncbak’s Dynamic Rights Resolution Engine processes the incoming content, making sure the rights for each piece of content are cleared for live streaming, determining if it is  available to be watched only in-market and deciding which kinds of devices consumers will watch it on after the prepared content is sent to CBS Interactive for All Access delivery, he says.

Syncbak also serves as the backbone of TV Everywhere for Fox O&Os as well as Raycom Media’s Fox affiliates, says Perry. “Each individual station has its own app for TV Everywhere.”