No EAS Alert For Colo.’s Most Destructive Fire 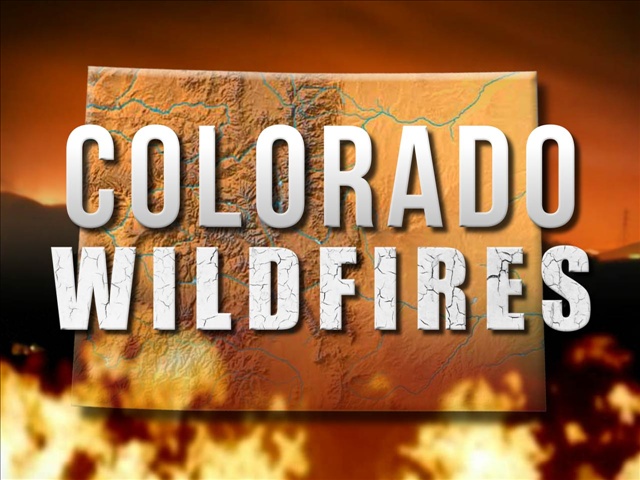 Broadcasters and government officials say that the fact that TV stations did not air an alert during the recent Colorado wildfires exposes some flaws with the Emergency Alert System — a system that has recently come under scrutiny after a hacking incident and subpar national test results earlier this year.

An alert to evacuate homes during Colorado’s most destructive wildfire in state history earlier this month was sent over National Oceanic and Atmospheric Administration Weather Radio, but never played over local television stations’ Emergency Alert Systems because of editorial, technical and regulatory issues.

Now broadcasters and government officials are saying the incident exposes some flaws with the EAS — a system that has recently come under scrutiny after a hacking incident and subpar national test results earlier this year.

The National Weather Forecast Office in Pueblo, Colo., relayed the alert from the City of Colorado Spring’s Department of Emergency Management on June 13 at 1:35 p.m. using the code EVI (evacuation immediately) and the proper 1050 hZ tones, says Jennifer Stark, meteorologist in charge of Pueblo’s National Weather Service Forecast Office. It played over weather radios and some radio stations, but not over TV stations, as intended.

In the Colorado Springs market (DMA 89), all four network-affiliated stations have automatic alerts for severe weather, like tornados, but none use automatic triggers for non-weather events, like the Black Forest Fire that ultimately burned more than 400 homes and killed two people.

Additionally, each market’s designated EAS monitor station — in this instance, Colorado Spring’s ABC affiliate KRDO — can trigger other stations’ EAS system when it plays an alert over the air.

Joe Reed, KRDO chief engineer, says he saw the alert from NOAA come through, but the station made an editorial decision and ignored it, fearing it would cut the audio and interrupt their wall-to-wall coverage of the wildfire. As a result, it didn’t trigger EAS systems at the other three stations.

“What would have happened if we put out an EAS alert and it went over an important press conference that we were already covering live? We might miss something important that the sheriff is saying,” he says. “We’re doing more than the EAS system anyway. We covered it non-stop from the start, and so was everyone else.”

Information from the alert was aired in a news crawl at the bottom of the screen, Reed adds.

Quentin Henry, chief engineer at KOAA (NBC), confirmed that all four network affiliates in the market ran the evacuation information on a news crawl.

“If KOAA was assigned El Paso County for EAS coverage, in addition to Pueblo and Fremont counties, the evacuation alert would have gone out over our air,” Henry wrote in an email to TVNewsCheck. “With that in mind, our crawl and talent did have the evacuation notice on the air.”

There also may have been some technical difficulties with the station’s Sage Alerting System box, he says, because an email wasn’t sent to the operator when the alert came in, as it normally would.

Santiago was able to pull it up the alert after searching through the computer’s history. But it didn’t come in with the proper heading, and as a result, didn’t register as a real alert.

NOAA stands by the alert being properly coded.

Jim Ocon, Gray VP of advanced technology and a Colorado Springs resident, was upset after learning the alert never played on any of the local TV stations, despite his station airing nearly 100 hours of coverage dedicated to the wildfire.

“When you hear those tones, you know it’s important,” says Ocon, speaking about the loud, buzzing tones that precede an EAS alert. “I can accept with some understanding why a station would choose not to activate it, because they’re covering the story, but when the public hears those tones, they know it’s time to pay attention. How many times do you look on a TV screen these days and see the words ‘breaking news?’ ”

While most broadcasters volunteer to automatically play tornado and severe thunderstorm warnings over the air from NOAA without any manual intervention, only the Emergency Alert Notification (EAN) — the system that can be activated only by the president of the United States — is actually required by the FCC to be played, Starks says. All other notifications, such as wildfire evacuations, are voluntary.

Government officials commended broadcasters for their in-depth coverage, but do have concerns about why the EAS alert wasn’t played on-air. The evacuation message was the first alert coordinated by the City of Colorado Springs and NOAA, after a plan was put in place following last year’s Waldo Canyon Fire, which destroyed 350 homes and killed two people.

Bret Waters, director of Colorado Springs’ Emergency Management Department, says he plans on meeting with NOAA and local broadcasters in the coming weeks to figure out where the plan went wrong.

“Our roll is to send the information to the National Weather Service, so on our side, things worked fine,” says Waters. “Once it went out to local TV stations, obviously it didn’t get relayed, and that’s what we’re going to look into.”

Waters adds that EAS messages on TV add a sense of urgency during serious events, like a mass evacuation. “The case and point is that we’re going to use every tool in the box and (EAS) is one of those tools,” he says. “The vast amount of alerts from the weather service are already programmed into the television stations, but if we’re doing mandatory evacuations for a certain area, we want to use every technology available to us and play that alert.”

“NOAA Weather Radio is our entry point into the EAS system and it’s designed to be an all-hazards system,” she says. Some of those hazards include avalanche warnings, civil emergencies like chemical spills, and earthquakes.

The Colorado Springs wildfire incident isn’t the only time EAS has been in the news this year.

In February, a hacker broke into the EAS system of at least three TV stations across the country, claiming “dead bodies were rising from the their graves.” While meant to be comical, the hack grabbed the attention of not only national media, but also state and federal authorities.

The hack occurred because station operators didn’t change the default password on their EAS systems, Ed Czarnecki, senior director of strategy and regulatory affairs for Monroe Electronics, the manufacturer of the EAS system that was hacked, told TVNewsCheck in February.

“When the zombie incident happened in February, none of those devices that were hacked were behind a firewall,” he says. “I can’t stress enough the importance of being protected by basic network security. To the best of my knowledge, no EAS device has ever been compromised that’s behind a firewall.”

Another wrinkle being worked out with EAS is a nationwide alert. In November 2011, the first nationwide, end-to-end test was performed to assure an alert could be sent out to a large region of the United States — most likely by the president — in times of crisis.

While officials called the delivery mechanism sound, there were problems with the test, including widespread poor audio quality; a lack of a primary entry point station to provide a direct connection to FEMA; short test lengths; and anomalies in EAS equipment programming and operation.

More than 16,000 EAS participants were included in the first test. The PSHSB has recommended another test take place. No date for such a test has been set.

Every one of the stations that didn’t receive or carry the EAS evacuation alert, should be receiving an NAL from the Commission.

For not following an FCC rule that does not exist?

There needs to be a stronger set of recommended procedures for LP-1 and LP-2 stations that will mandate forwarding of the most important codes – but these station did not break a rule that would lead to an NAL.

“We made an editorial decision not to fulfill our federal mandate to trigger EAS alerts at all the radio and Tv and cable systems that weren’t carrying our Super Duper storm coverage,” right KRDO? Terrible vision.