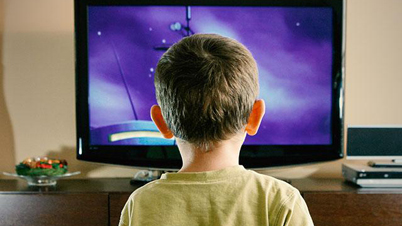 FCC Commissoner Michael O’Rielly will head up a review of commission rules requiring, among other things, that stations air three hours of educational information programming each week and imposing commercial limits and other obligations.

FCC Commissoner Michael O’Rielly said today that, at the request of Chairman Ajit Pai, he will lead an agency review of the “stringent” rules governing children’s programming with the aim of relaxing or eliminating them.

O’Rielly called for such a review in a Jan. 26 blog, arguing that requiring every TV station to air three hours of educational information programming each week and imposing commercial limits and other obligations may no longer be necessary given the availability of kids fare through other media.

In announcing Pai’s greenlighting of the review, O’Rielly said his goal is “to understand whether the rules the commission imposed on broadcasters to carry out the [1990] Children’s Television Act — in many cases more than two decades ago — still make sense in today’s media marketplace and whether these rules enhance or hamper the family broadcast experience.

“Specifically, since 1990, we have seen a proliferation of media platforms, including cable networks, over the top providers, and premium channels, that, though not subject to Kid Vid, offer competitive or vastly superior children’s programming.”

O’Rielly’s blog post and now the review were apparently prompted by broadcasters — networks, affiliates and the NAB — that petitioned the FCC for some relief in a series of filings last summer.

The review is sure to draw opposition every step of the way from Democrats and interest groups that have backed the rules.

“We will vigorously fight this cynical and harmful move by the FCC to place the interests of the TV lobby ahead of America’s children,” said Jeff Chester, executive director of the Center for Digital Democray. “CDD helped lobby in the 3-hour rule in the 1990s and plans to work with allies, such as Sen Ed Markey [D-Mass.}, to protect the interests of parents and children.”

“Broadcasters want to kill one of their only few public interest obligations:  to air at least 3 hours of educational children’s programming a week. The FCC is engaged in another outrageous form of digital highway robbery—to steal from kids in order to allow TV giants to make even more profits from shows filled with commercials. Broadcasters now earn billions of dollars from their free public license to transit television—including getting access to invaluable cable TV channels.

“They are supposed to serve as  a “Trustee” of the airwaves—not video programming bandits.  Without their 3 hour kidvid requirement, broadcasters will able to reap the financial rewards without any real payback to the public.

“Millions of kids in the U.S. live in homes that can’t afford cable or broadband. Kidvid programming plays an important role providing access to some quality content for these children. The Pai FCC—as it’s done by killing network neutrality—is engaged in a slash and burn campaign when it comes to much needed public interest consumer protections for media.”

I have mixed feelings about this. On the one hand, maintaining some kids programs on broadcast TV seems like a good thing, both for the benefit of those who can’t afford the paid alternatives and because raising a generation of kids to ignore broadcast TV seems counterproductive to the future of broadcasting. But the other side of this is that the educational programming actually offered under these rules is largely a waste — throwaway programming that gains few viewers and serves almost no one. So, yeah, the rules need a thoughtful revision, but perhaps not just a simple repeal.

I agree with you “onthesidelines”. your argument is thoughtful and well reasoned.

This is a true example of government overreach, Chester sounds like he has been in a cave somewhere since 1990, the E/I requirement is a joke, Buck McNeely hunting shows are E/I! Mustard Pancakes is one of the few shows that are E/I that is what E/I was meant to be.
However, broadcasters should not be allowed to put paid in those three hours if ithe requirement is repealed.