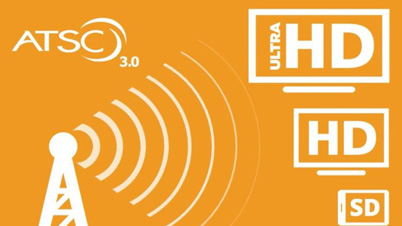 Anticipating FCC authorization of the ATSC 3.0 broadcast standard on Thursday, the consortium of leading station groups is planning to set up experimental 3.0 station next spring to explore service enhancement and business opportunities. The project will also include creatng a "lighthouse" station to continue regular digital service to existing sets. Joining Pearl (Cox Media, E.W. Scripps, Graham, Hearst, Meredith, Nexstar, Raycom and Tegna) in the effort will be Fox, NBCUniversal and Univision.

The Pearl TV group of leading broadcast TV companies is planning to demonstrate how stations working together in a market — in this case, Phoenix (DMA 11) — can roll out the new ATSC 3.0 broadcast standard without disrupting service to existing TV viewers.

ATSC 3.0 promises to improve broadcast TV reception and service and create new business opportunities for broadcasters, but it is not compatible with any of the TV sets now in use.

FCC Commissioner Jessica Rosenworcel and others have raised concerns about the impact the new standard would have on consumers with incompatible sets.

The announcement comes two days before the FCC is expected to authorize use of the new standard on voluntary basis.

The project, which is expected to get underway next spring, includes setting up a transitional “lighthouse” station.

During the standards transition, prior to consumers upgrading to new 3.0-capable sets, broadcasters who choose to broadcast in 3.0 have said they would simulcast in the existing standard over a commonly operated station, which has come to be called a lighthouse.

Fox, NBCUniversal’s Telemundo Station Group and Univision, which have stations in Phoenix, will also participate.

“What we learn in Phoenix will be critical for a successful deployment of next-generation TV across the country,” said Pearl TV Managing Director Anne Schelle. “The model market collaboration will help broadcasters develop commercial launch profiles, station configurations, interoperability with MVPD retransmission and support requirements for a basic ATSC 3.0 TV service,”

Your fine reading comprehension skills must have missed that one of the participating stations is a LPTV station, KFPH-CD (UniMas).

Only because it’s owned by Univision, an Ownership with primarily full power stations. Something that is a black swan in the LPTV world.

In other words, you were wrong and said something stupid and are trying very hard to backpedal.

It will be interesting to see how this plays out. Several ATSC 3.0 trials have occurred, but a “real world” test will show, for example, how many stations can multicast on one lighthouse station. And will those ATSC 1.0 streams be in SD or HD? If SD, how will OTA viewers respond? Lots of questions will hopefully be answered.

Doesn’t matter. OTA viewers are not Nielsen Families. But then again, your superior knowledge is unaware of that little fact.

Got it. OTA viewers apparently don’t matter, which amplifies the point I’ve been making for years that “broadcasters” are not really broadcasters but over-glorified cablecasters. Thanks for helping prove that point.

Statically proven viewing habits of OTA TV Stations not different than those who pay for MVPD. But god knows you’d know nothing of what happens in the real world.

Please excuse my ignorance but OTA viewers are not Nielsen rated?

I don’t even know the way I stopped up right here, however I believed this put up was great.

I don’t understand who you might be however definitely you’re going to a well-known blogger in case you are not already.
Cheers!