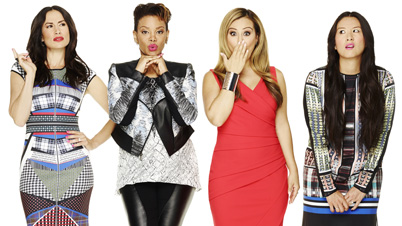 Stations can air the daily Canadian panel talk strip on a no-license-fee, no-barter basis until Aug. 31.

PPI Releasing announced the launch of its summer syndication test of the daytime talk series The Social.  The panel talk show produced by Bell Media In-House Productions is in its second season on Canada’s CTV and delivering double-digit audience growth.

The series is offered as a daily strip to stations, on a no-license-fee, no-barter basis until Aug. 31.  Initial participants in The Social syndication test will include stations from the Scripps, Hearst and Nexstar groups.

“With the test under way, new stations are contacting us and coming on line every day,” said PPI principal, Ritch Colbert.  “It’s a unique opportunity — a premium, daily, one-hour strip with a proven track record that’s available for an extended run, that they can essentially get on the air with just a phone call.”

The Social features four women with strong opinions on the latest news, pop culture, and lifestyle topics. Co-hosted by Melissa Grelo, Cynthia Loyst, Lainey Lui and Traci Melchor, The Social offers viewers opportunities to get social through comments and feedback on Twitter, Facebook, Instagram and other social networks.

Airing since September 2013 on CTV, The Social has delivered 71% gains in the key adults 18-49 demo in its sophomore season, building on its appeal to young female audiences in daytime, with 1 in 10 Canadians tuning into the show weekly, according to PPI.