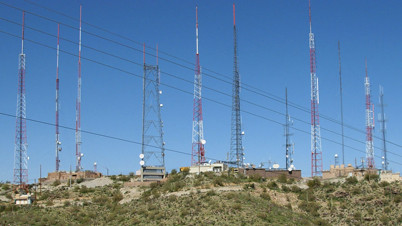 By now, most broadcasters should be quite familiar with the FCC’s 10 phases for repacking television spectrum. Karl Voss, chief engineer of KAET Phoenix, says they better get up to speed fast on what he calls "Phase Zero" — any channel in 600 MHz or above that is not protected.

Many TV broadcasters have an unpleasant reality in store for them as the spectrum repack gains momentum — one that may take some by surprise, says Karl Voss, chief engineer at noncommercial KAET Phoenix and the SBE/NFL frequency coordinator.

The reality is many broadcasters belong to a transition period Voss likes to call Phase Zero — a term he has coined for those using unprotected channels regardless of their primary or secondary broadcast service status.

“Phase Zero is any channel in 600 MHz or above that is not a protected channel,” he says.

While the repack rules protect about 1,000 U.S. Class A and full-power TV stations, allowing them to continue transmitting their signals to viewers on a new channel assignment and reimbursing at least a part of the expense involved in moving channels, that’s only one part of the story, Voss says.

“If that channel doesn’t have a protected user on it, meaning low-powers, TV translators and wireless microphones, it’s vulnerable,” he says.

That means even full-power and Class A stations must be ready with alternatives to replace wireless mics, intercoms, IFBs, in-ear talent monitors and other equipment that today operate in the 600 MHz band. And they must do so posthaste.

“Many vendors have been telling everybody not to worry about wireless mics,” says Voss. “They say: ‘You won’t have to get off your channels till 2020 at the end of the transition.’ But that’s simply not true.”

Unlike before the auction when broadcasters had two UHF channels reserved in each market for wireless mics, once a wireless carrier moves into its newly acquired spectrum — perhaps onto unprotected channels used by wireless mics — broadcasters must vacate.

That can happen well before the end dates assigned to each of the FCC’s 10 repack phases, and Voss is concerned this will take many broadcasters by surprise.

“I think the wireless mic folks are in for a big challenge because everybody had this idea that there would be this semi-orderly transition based on the phases. That’s not the case.”

T-Mobile is planning to turn on wireless service on a lot of its new 600 MHz spectrum before the end of this year, a source familiar with repack said on background.

Not only will that affect wireless mic users before they may have anticipated, but also doing so will impact many of roughly 2,900 UHF translator and 1,600 UHF low powers on air.

They are on the other side of the Phase Zero coin and, like wireless mics, have no protection in terms of displacement and paying the expense of relocation.

In mid-May, the FCC released a public notice laying out the rules and procedures that LPTV and translator stations must follow to apply for a new channel assignment.

Then yesterday (June 14), the agency issued another public notice describing how certain translator stations may apply for special temporary authority to operate on a new channel to stay on the air while 600 MHz auction winners take over their spectrum.

Both low-power and translator stations that will be displaced may stay on their current channel assignments until they’re notified by a 600 MHz auction winner that it plans to begin operations. At that point, the station has 120 days to vacate its channel.

As with wireless mics, that may happen sooner than anticipated, says Voss, who has a keen interest in how TV translators will be affected.

KAET operates seven translators in Arizona, four of which will be displaced by new wireless service.

In all, 133 TV translators in Arizona provide over-the-air television to viewers in places like Flagstaff, Prescott, Cottonwood, Globe, Show Low and Williams, as well as Mojave County.

Much of the state is covered by the TV translators of Phoenix stations, and many of their viewers live in tribal portions of the state, says Art Brooks, president-CEO of the Arizona Broadcasters Association.

Fifty-eight of these Arizona translators are affected by the sale of 600 MHz spectrum to wireless operators, Voss says. “The big surprise here is the speed at which T-Mobile is rolling out equipment,” he adds.

The FCC will create a special displacement window for low-power and translator stations after full-power and Class A TV stations reassigned to new channels “have had an opportunity to apply for their preferred facilities,” the notice says.

In other words, that won’t happen until full-power and Class A stations have had a chance to make any needed adjustments.

The FCC said it expects to announce the opening of its special displacement window in mid-November or December.

That’s too late given T-Mobile’s expedited timetable, says Voss. “For those of us in Phase 1 of the transition — but even what I call Phase Zero — with the speed at which T-Mobile wants to roll out, it is very possible low-powers and translators could be forced off the air even before a filing window is open [for them] by the FCC.”

Applying for special temporary authority to broadcast on a different channel is a possibility, but if 58 translators independently apply for STAs there is a good likelihood that many of the applicants will want the same channel assignment, Voss says.

To head off that possibility, the Arizona Broadcasters Association has held several meetings for the TV translators affected by the repack with the goal of coordinating their STA requests so that they are not mutually exclusive.

The effort also seeks to reduce the possibility that a translator station files an STA for one channel only to be moved again when the special displacement window is opened and the FCC authorizes new channel assignments for low-power and translator stations, Voss says.

“Today’s public notice solves half of the problem,” Voss says. “It sets up a formal process for STAs and channel sharing. But we still have to address the challenge of finding channels.”

“Broadcasters in Montana, Idaho and Oregon should also be doing that because it makes it much more likely they will be able to survive whatever transition is implied without making two moves,” Couzens says.

T-Mobile, which will be pushing to accelerate deployment of its service in Phase Zero and beyond, has offered technical assistance, he says. “They talk a good game. They are going to be very nice and give us as much notice as they can. On the whole, they are good people,” Couzens says.

“All that being said,” he adds, “they have never suggested they will put a dime into the transition for translators.”

T-Mobile will work with full-power broadcasters, Class A stations, LPTV operators, TV translator stations and wireless mic users on a case-by-case basis, according to the source speaking on background.

“They have invested about $8 billion in spectrum in the auctions,” says Couzens.

“If they had to spend $10 million, $50 million or even $100 million to facilitate the translators moving and get all of that good will as opposed to being the bad guy who is terminating local TV service through their greed and getting a black eye before they even start marketing the service, why wouldn’t they?” he asks.

You might want to re-title this indicating its about wireless mic frequencies, not directly about repacking.

The word on the LPTV street is: find your channel now, get your ducks (or exhibits) in a row and get ready to file. This is happening a whole lot faster than anyone anticipated.

I aplaud Tmobile for thier fast implimentation, they paid for the spectrum. This article is a wake up call to all those non class A’s that are not watching the transition. There will be those overwhelmed by expense in the loss of spectrum however it is the greed of the FCC auction machine that created this!

One cannot blame the holders that bought the newly allocated spectrum, i aplaud Tmoble for thier fast implimentation.