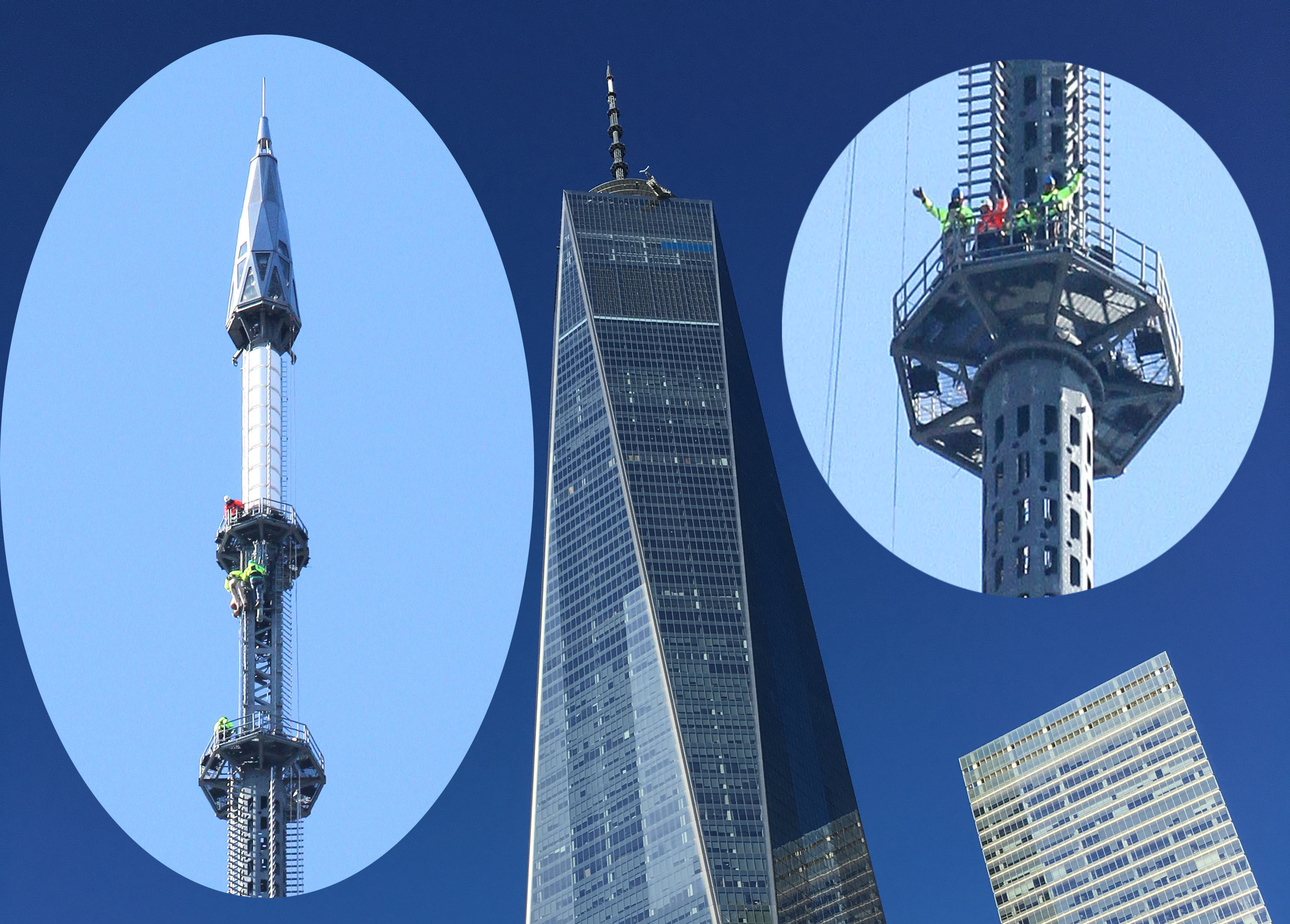 The FCC-mandated TV spectrum repack and ATSC 3.0 will be the biggest trends in RF developments at the 2017 NAB Show. However, that simple statement glosses over the complexities involved in making both a reality. This year’s convention will mark the first major industrywide opportunity broadcasters and RF vendors have had to dive into the nitty-gritty of making these major changes a reality. Photo: RFS. Click here to access TVNewsCheck’s NAB 2017 Resource Guide listing of RF consultants, vendors and products or here to download it as a PDF.

It should be no surprise that the discussions at the 2017 NAB Show between TV broadcasters and RF vendors will focus on the TV spectrum repack and the ATSC 3.0 next-gen TV standard.

After all, broadcasters leaving their current slice of the TV band have received their confidential letters from the FCC informing them of where they are headed, and any day now the agency is expected to make public all of the new channel and transition phase assignments.

But what may be surprising to some broadcasters — particularly smaller stations without large in-house RF engineering teams or the resources to hire RF consultants — is how many decisions they face and all of the interlocking ramifications of those choices when it comes to their transmitters, antennas, RF components and towers.

“There are just so many balls in the air when we are redesigning these systems,” says Keith Pelletier, general manager at antenna and RF component manufacturer Dielectric, which today announced a $3.9 million antenna order from American Tower.

Not only are its applications engineers juggling priorities — such as antenna size, diameter, null fill, polarization, wind loading, weight and impact on tower structural integrity — they are doing so with an eye toward satisfying near-term ATSC 3.0 requirements.

“Broadcasters in general are looking for a lot of different options to make sure we can hit all their commitments,” he says.

Their first commitment is staying on air during the repack, and all antenna vendors at the 2017 NAB Show (April 22-27 in Las Vegas), will be showing products to help them do just that.

“If you have an existing top-mounted facility built, you probably want to replace that top-mounted antenna with your post-repack antenna,” says Bill Harland, VP, marketing, at Electronics Research Inc. (ERI), which will feature its UF35000 band pass filter at the NAB Show.

“So, we have gotten a lot of requests for interim side-mount antennas to be used during construction,” he says.

Installing an interim antenna while work commences on a permanent antenna is a relatively straightforward solution to a problem. Complexity, however, arises when taking into account all of the interlocking factors, such as whether to add vertical polarization and the consequences of doing so, that must be considered for a permanent antenna and future service.

“NBC in Dallas and some stations at One World Trade Center have gone with the possibility of vertical polarization on the antenna,” says Nick Wymant, CTO of Radio Frequency Systems (RFS), which at the NAB Show will be highlighting its RFStar UHF slotted array antennas for fixed, elliptical and circular polarization applications.

Vertical polarization may be highly desirable in an ATSC 3.0 world where reliably delivering a signal to mobile receivers is a foundational element of next-gen TV and data services.

But doing so today in an ATSC 1 system may be less attractive, so having the ability to vary antenna polarization — increasing it later when 3.0 becomes a reality — is an important consideration for broadcasters who must replace their antennas for the repack, says Wymant.

(If adding V-pol is an improvement over a station’s existing RF system, doing so will not be eligible for repack expense reimbursement from the government, he notes.)

Rippling back down from the antenna to the transmitter are a number of consequences stemming from adding vertical polarization, including the possibility of requiring a separate feed line, which increases the weight and wind load on the tower, and the need to increase the total power output of the transmitter.

“If vertical polarization is desired, look for a transmitter design that is easily upgradeable when it comes to power,” suggests Richard Fiore, president-CEO of Hitachi Kokusai Electric Comark.

Comark’s Parallax solid-state, liquid-cooled high-power transmitters, which the company will show at the NAB Show as a new VHF Band III DTV model as well as the existing UHF unit, can be configured “with a relatively low-cost option to have the cabinet wired and configured to accept additional amplifiers in the future.”

Another transmitter power consideration is the difference between ATSC 1 and 3 power levels.

At the NAB Show, GatesAir will “take the guesswork out of the power differences,” says Rich Redmond, company chief product officer.

“If you get repacked, and you need 25 kW out of the transmitter but you say, ‘Yeah, but what am I going to have to have for 3.0 because that is a little different with OFDM?’ we have simplified that,” he says.

GatesAir, which will feature its Maxiva ULXTE liquid-cooled UHF and Maxiva VAXTE air-cooled VHF Band III and I transmitters at the show, has “made it all the same with some advances in new devices that have more peak power and new high-efficiency amplifiers,” Redmond says.

Large broadcast groups frequently turn to RF consulting engineers to help navigate through considerations such as these.

But it’s the smaller broadcasters without the financial resources to hire a consultant that may have the toughest time addressing all the ramifications of decisions that must be made to move to a new channel assignment while keeping their future 3.0 options open, says Graziano Casale, national account manager at Rohde & Schwarz.

To make the job easier, the company has deployed a project management team in the United States “just for the repack,” he says.

Rohde & Schwarz, which is offering broadcasters turnkey packages and will present its R&STHU9evo UHF high-power transmitter family at the NAB Show, will provide broadcasters with start-to-finish project management “from site survey to installation with coordination with the antenna manufacturer,” Casale says.

The company will also draw on its experience getting South Korean broadcasters on the air with 3.0 to help U.S. broadcasters repack the TV band while taking into account next-gen TV, he says.

Triveni Digital, too, will work from its experience with ATSC 3.0, including Sinclair Broadcast Group’s SFN tests in the Washington-Baltimore area, at WRAL Raleigh, N.C., and various tests outside of Cleveland, to help broadcasters prepare for 3.0, says Ralph Bachofen, company VP, sales and marketing.

“As is well known, ATSC 3.0 is a very complicated with many, many facets within that standard,” he says. “And the standard is really not dry yet.”

At the NAB Show, Triveni Digital will offer its ATSC 3.0 Starter Kit, to make it easy for broadcasters to begin experimenting with the standard, he says.

There is no single vendor offering all of the pieces in a 3.0 system, so Triveni Digital, working together with other companies, has assembled the kit to “make sure the products work together as advertised,” he says.

“We want to make sure that from a transmission perspective there are as few hiccups as possible,” Bachofen says.