Ripa Will Miss At Least Next 3 Days Of ‘Live’ 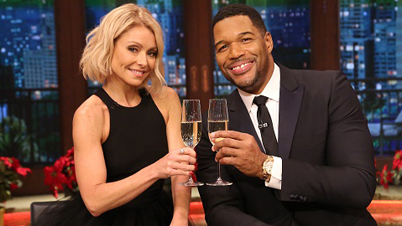 Kelly Ripa's unexplained absence came amid published reports that she felt blindsided and angered by co-host Michael Strahan's departure to join Good Morning America fulltime. She hasn't said that herself, and her spokeswoman, Lauren Auslander, did not immediately return messages inquiring about Ripa's whereabouts.

NEW YORK (AP) — Kelly Ripa was absent from her daytime talk show the day after the announcement that co-host Michael Strahan is leaving, and she won’t be back for the next few days, either.

ABC said Wednesday that Ripa won’t host the next three editions of the syndicated “Live with Kelly and Michael.”

Ripa’s unexplained absence came amid published reports that she felt blindsided and angered by Strahan’s departure to join “Good Morning America” fulltime. She hasn’t said that herself, and her spokeswoman, Lauren Auslander, did not immediately return messages inquiring about Ripa’s whereabouts.

Ripa will be replaced on Thursday’s show by Erin Andrews, said Barbara Warren, show spokeswoman, who did not say why Ripa will be out.

Ripa had planned to tape Friday’s show on Thursday and go on vacation Friday through Monday. Warren did not say when Ripa will return.

There could be some awkwardness when she returns: Strahan’s transition plan announced Tuesday didn’t have him starting fulltime on “GMA” until September.

Actress Ana Gasteyer was a last-minute replacement for Ripa on Wednesday. Strahan, who mentioned his upcoming departure to the studio audience at “Live with Kelly and Michael,” noted that he’d be a neighbor – “Good Morning America” airs directly before “Live” in most parts of the country.

“I was reading some stuff and it sounded like I had died,” he said. “It’s not a eulogy, people.”

The former football star’s exit has also revived rumors that ABC is considering expanding the two-hour “Good Morning America,” which is first in the ratings but is losing viewers. The competing “Today” show on NBC airs for four hours.

Later in Wednesday’s show, Strahan made a point of thanking Ripa, who welcomed him to the show in 2012 when he replaced Regis Philbin and taught him much about TV.

“Kelly, I thank you, I love you and everyone else here at ‘Live,'” Strahan said.