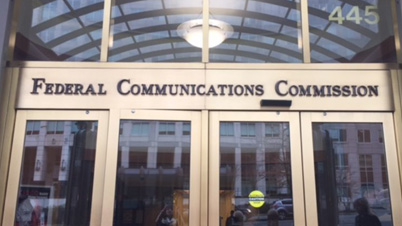 Wells Fargo securities analyst Marci Ryvicker says FCC Chairman Ajit Pai's much anticipated relaxation of the local ownership rules may happen at the FCC's next open meeting and it might go so far as to allow Big Four duopolies in every market. The result: "a stronger industry overall."

The FCC at its Nov. 16 meeting is likely to significantly roll back its local ownership rules, triggering station swaps and sales as broadcasters try to take advantage of the relaxed rules, according to Marci Ryvicker and her team of broadcast TV securities analysts at Wells Fargo.

“All of this will be a welcome change for a sector that has suffered undue regulatory handcuffs, in our opinion, given the changing competitive environment,” the Ryvicker team says in a note to subscribers today.

The note cautions that the new rules will likely be challenged in court. “Will there be a stay of the FCC’s proposed changes? We don’t think so, but the probability is higher than what we saw for the UHF discount.”

In particular, the notes says, the FCC will likely eliminate the so-called 8-voice test, allowing ownership of two stations in every market.

Also, it says, the FCC “might” drop the prohibition against owning two top-four rated stations in a single market so that a broadcaster could own two (but only two) Big Four network affiliates.

Finally, the note says, it believes the FCC will once again allow broadcasters to operate stations under joint sales agreements without them counting against the ownership limits.

“Recall that JSAs were initially created so as to allow small-market broadcasters to operate multiple stations so as to save costs, especially in news programming,” the notes says. “However, should the 8-voices test be eliminated, small market consolidation would no longer be as restricted, resulting in the JSA attribution rule losing a lot of its relevance.”

The notes says not to expect “transformative M&A” as a result of the FCC action.

“What we are talking about is in-market transactions, which would involve swaps and other small-scale deals.

“That is not to say that this precludes something larger — we just aren’t anticipating another [Sinclair-Tribune] any time soon.

“That said, we remind you that in-market transactions create duopolies, which exhibit much higher margins (700-1,500 bps depending on the company and market); hence we anticipate a stronger industry overall.”

The note calculates and ranks which of the public companies would benefit most from the deregulation.

More should be known tomorrow when the FCC, in keeping with its recent practice, releases a draft of proposed rules changes.

Broadcasters are so irrelevant in a digital world that these decades-old FCC regulations make no sense at all. The “public interest, convenience, and necessity” is on the cell phone, not some radio or TV. Yes, during a rare disaster, broadcasters prove their worth but the vast rest of the time, radio and TV are the soggy newspaper in the driveway.

They’re still using the public airwaves for free, which other services are not. There should be an expectation of serving the public that comes with that privilege. There once was a time that regulators looked out for what was best for citizens rather than corporations.

they use the airwave for fee and the viewers also receive programming for free. your statement is really a false equivalency. call phones are not free. internet access is not free. those are subscriber based media.

Yes, it gets kind of tedious when people invoke the “people’s airwaves.” TV broadcasters have more than held up their end of the compact with the government, and only legacy TV broadcasters have used and would continue to use those airwaves for video news and info. Other entities would use them for game downloads…..

The public airwaves are worth squat without the broadcaster investments of equipment, programming and news gathering. The nattering nabobs of negativity seem to always forget that. Newspapers get to hawk their goods on the street corner for free but no one ever regulated them.

But it’s one heck of a deal that “broadcasters” get…

@Scott Gilbert: Let’s also remember that cable and satellite pay rather hefty FCC regulation fees (though many think the FCC should only be looking out for “broadcasters” as evidenced by comments on this site).

@TheVoiceofTruth: Actually, some cities DO regulate (and collect fees) for the placement of newspaper racks…

Viewers are far removed on who owns what…..

Viewers hold all the power, right in their hands. It’s called the remote control. And the power should be left to the viewers — not to self-interested (and often sneaky) regulators and legislators.

It is amusing to see broadcaster hate-mongers continually say that broadcasters got their spectrum for free. Please feel free to tell me where you acquire a free TV station. Back in the 40’s and 50’s, some people might have gotten a license to broadcast that cost them little or nothing, but it did not come with a facility that cost hundreds of thousands of dollars (or millions, even back then) to build. TV stations were never “free”.

Broadcasters have historically made out like bandits with their 40+ margins. Retrans blackmail, plus increasing the commercial glut have continued those margins. Pigs eventually get slaughtered.