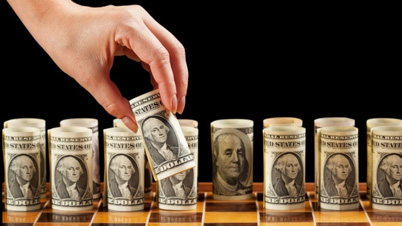 The planned retirement from day-to-day operations by former Scripps President-CEO Richard A. Boehne led to one-time 2016 retention bonuses in the form of stock awards for a quartet of other execs facing increased responsibilities. The bonuses skewed income comparisons for all four in different ways.

Symson managed to book a small gain in overall compensation, as his acceptance of major new responsibilities resulted in big gains in base salary and other non-equity bonus consideration and mitigated the absence of the retention bonus.

Knutson and Lawlor, whose move up the corporate ladder was less meteoric, did not have increases matching Symson’s in base salary or non-equity income, and the gains they did have were not sufficient to overcome the absence of their retention bonuses.

In both cases the amount of the retention bonus was twice their base salary. If the bonus is discounted both would have enjoyed increases year over year. Count it and both took hits approaching 30%.

The departed Wesolowski, who left the company Oct. 2, 2017, enjoyed a retention bonus said to match his salary, which at that time would have put it at $485,000 based on Scripps’ compensation chart. The absence of a 2017 retention bonus was more than made up for by a multi-faceted severance package, which appears to be in the neighborhood of $800,000.

Wesolowski is listed as a former employee on the new chart, which also lists ex-President-CEO Richard A. Boehne in the former category. Boehne continues to serve as chairman of the board.

New to the chart are EVP/General Counsel William Appleton and SVP/Controller and Treasurer Douglas F. Lyons. The latter was awarded a retention bonus of $300,000 during 2017, helping to boost his income from $630,000 to just over $1 million.