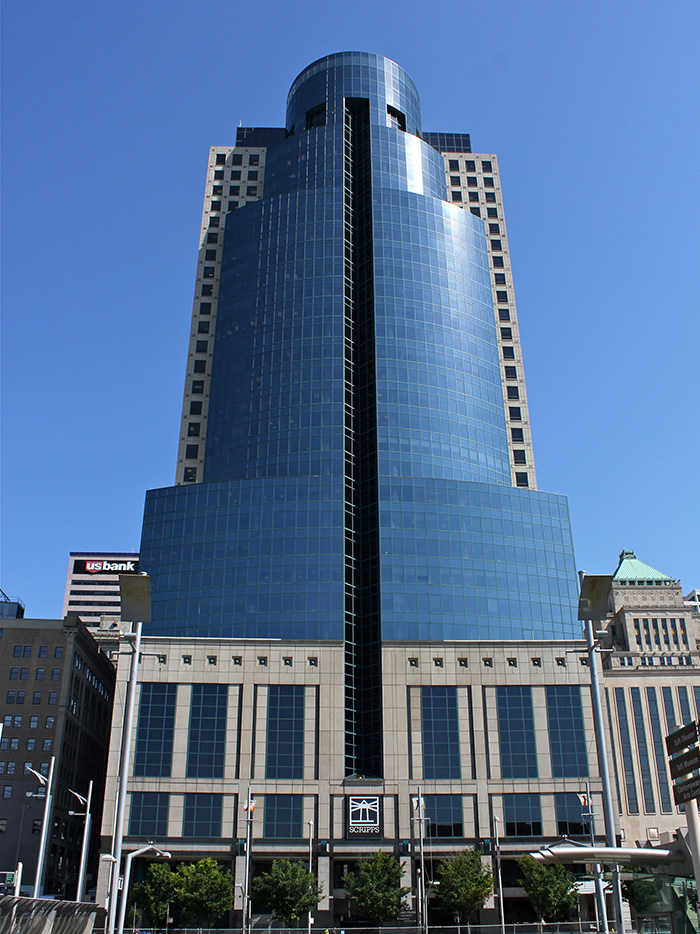 The restructuring is designed to save more than $30 million annually and put a “high priority on configuring a more durable TV station portfolio during this period of changing local market regulations.”

The company also plans to sell its 34 radio stations and has retained Kalil & Co. to handle the process.

“Today, Scripps is a dynamic leader in the media industry through its strong local TV station portfolio, its growing multicast network, its national news network and its podcasting business,” Scripps President-CEO Adam Symson said. “The enterprise-wide restructuring positions us well for continued growth while maintaining high-quality journalism as our central focus.”

Scripps says the annual cost savings will be driven by reductions in head count and operating expenses over the next 12-18 months. These include centralization of services and technology; sharing of resources; elimination of redundant positions and services; and other expense reductions.

Scripps wouldn’t give a total number for the anticipated layoffs, but said that it has already cut staff at its headquarters in Cincinnati by 30 and by 19 at its Cracked.com in Los Angeles. The remaining layoff will probably take place through the first half of the year by eliminating duplication of services at their TV stations like graphics and traffic, but with an effort to avoid any in newsrooms, according to a company spokesperson.

Another component of the company’s performance-improvement plan is its high priority on configuring a more durable TV station portfolio during this period of changing local market regulations.

“This plan is consistent with our goal to create both short-term and long-term value by improving margins and cash flow in our local media business and supporting the growth of our national businesses,” said Symson. “Our restructuring analysis also led us to determine the time is right to find a new owner for our radio group that can provide the focus and resources the stations and their creative, devoted employees deserve.”

Whoever wins the stations also gets the Packers and Brewer radio networks in Wisconsin, so this is a really big deal in Milwaukee; either Entercom gets them and gets control of most of the sports rights in the upper Midwest and Chicago, or iHeart takes a gamble with their finances.

If iHeart gets involved it will be a swap, as they don’t have the resources to buy any more stations.

Yeah, WISN or WOKY would have to go for sure, that’s a certainty if that happens. I just don’t see iHeart doing it; maybe Midwest Communications locally since they seem to be pursuing the same strategy Gannett did to consolidate the state’s newspapers.

Hubbard could be a player, too, though they sat out the CBS Radio-Entercom divestments and swaps.

what is this “Radio” they speak of….

Scripps see the writing on the wall ..Radio is on it’s deathbed….too many stations and way too many incompetent operators..plus someone explain to most radio GM how digital platforms work..They have totally missed it!!!