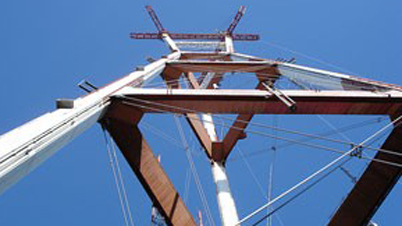 NAB is pressing Congress for more time and money for broadcasters to move to new channels following the spectrum incentive auction this spring, but key policymakers are signaling that such relief will not come, if it comes at all, until after the incentive auction when the full dimensions of band repacking are better known.

An NAB-backed effort to get more time and money for broadcasters to move to new channels after the FCC’s incentive auction appears to be on temporary hold because key lawmakers and regulators want to wait until after the auction before deciding whether to provide additional relief.

Among the lawmakers endorsing a wait-and-see posture is House Communications and Technology Subcommittee Chairman Greg Walden (R-Ore.) who has a powerful say over what communications-related legislation is addressed in the House.

Walden, according to a committee aide, wants to postpone any relief action until the reverse auction — which starts on March 29 — is over and the facts demonstrate that broadcasters really need additional money and/or time to move to new channels.

“Until those facts are clarified, he will not be supporting any legislation addressing these issues,” the aide said.

At the FCC, officials have made clear that they believe — at least for now — that the $1.75 billion in federal funding that has been earmarked to reimburse broadcasters for moving to new post-auction channels — and the 39-month transition period already provided for broadcasters to make the moves — will be sufficient to get the job done.

“In my opinion, these concerns [that broadcasters may need more money and time] are unlikely to be considered or addressed until the commission and Congress can examine the lay of the land post auction,” said GOP FCC Commissioner Michael O’Rielly, in a speech at the NAB’s State Leadership Conference in Washington on Feb. 23.

In his speech, O’Rielly also said policymakers will need information on how many tower crews will be available to move broadcasters and how many stations will actually have to be moved.

“Better data and analysis will be necessary before making … judgments,” O’Rielly said.

Despite those developments, NAB spokesman Dennis Wharton told TVNewsCheck that the broadcast bailout legislation has been attracting key support and that industry lobbying efforts “have only just begun. We’re optimistic this bill [a version of the legislation backed by Sen. Jerry Moran, (R-Kan.)] will become law,” Wharton said.

But others are not so confident.

“I’m not going to say it’s going to be easy,” said one veteran communications attorney. “The chances of getting a little more money and a little more time are reasonably good, but not necessarily in the immediate future.”

The measure also would extend the incentive auction’s existing 39-month build-out transition deadline indefinitely. The clock starts ticking when the broadcasters receive their new channel assignments after the auction late this year.

Without the additional money, some broadcasters fear that they could get stuck with at least part of the bill for having to move to new channels during the repacking process in the incentive auction’s wake.

Without additional time to build out their new post-auction facilities, some broadcasters could be forced off the air 39 months after receiving their new channel assignments.

Moran’s proposal is similar to draft legislation unveiled by Rep. Frank Pallone (D-N.J.) in the House in January.

Like Moran’s measure, Pallone’s would provide an additional $1 billion but on an as-needed basis and give the FCC authority to grant stations extensions of the 39-month deadline so that “no station is forced to stop broadcasting due to reasons outside the station’s control.”

The Pallone bill also would allocate $90 million to educate the public about how they might be affected by the repacking and would require the FCC to develop a repacking plan that provides “wireless licensees with access to their licenses on a phased-in basis as separate regions of the country are reorganized for wireless use.”

A spokesman for the House Energy and Commerce Committee Democrats said Pallone, the committee’s ranking Democrat, planned to introduce his measure “in the near future, and he looks forward to continuing to work with colleagues in a bipartisan fashion to pass the bill.”

Last week in the Senate, Moran “offered and withdrew” the measure as a proposed amendment to a wireless spectrum bill that was moving through the Commerce Committee. A broadcast industry source said the move was part of a carefully orchestrated script intended to showcase the amendment’s support, which includes co-sponsors Sens. Tom Udall (D-N.M.), Roy Blunt (R-Mo.) and Richard Blumenthal (D-Conn.).

That’s the way Moran was spinning it, too.

“Sen. Moran’s amendment — and the commitment by committee leadership to revisit the issue at a later date — lays down a marker for the committee to consider the auction repack in the future as the record is populated with more stakeholder input,” said a spokesperson for the senator.

But, according to one long-time Capitol Hill political operative, the reason the amendment was not voted was that “NAB didn’t have the votes to get it added.”

And it is extremely unlikely that it can be added later. There is no other legislative vehicle for the amendment on the horizon, this source added.

“They [the NAB] failed,” the political operative said.

Not so, said a broadcast industry source. NAB should be able to find an appropriate legislative vehicle for the amendment, if not in this Congress than in the next.

“There is no way that Congress is going to let hundreds of local TV stations offering NFL football games and other popular programming go off the air if they have not completed the repack in 39 months,” the source said. “The American people would not stand for that.”

Whether broadcasters can, as a practical matter, move to new channels in 39 months as now mandated is a matter of a growing debate.

Citing a lack of needed hardware, professional services and tower crews, an NAB-commissioned study by Digital Tech Consulting last year concluded it could take anywhere from eight to 11 years to make the transition, depending mostly on how many stations have to be moved.

However, a study from T-Mobile released last month asserts that the DTC findings are deeply flawed and that 39 months is plenty of time and $1.75 billion is plenty of money to get the job done.

T-Mobile and other wireless bidders for TV spectrum in the incentive auction are adamantly opposed to delaying the repack. They cannot use the spectrum they buy(and begin earning a return on it) until the repack is complete.

“The FCC and the courts have all found these numbers [the $1.75 billion and the 39 months] set the right balance,” said Jot Carpenter, VP, government affairs for the CTIA wireless industry association. “We must also account for the equities to wireless providers that are already being asked to wait over three years to serve consumers with spectrum purchased at the auction.”

Added Steve Sharkey, VP of government affairs, technology and engineering policy for T-Mobile: “Although we would not oppose Congress allocating additional funds they believe are necessary, there is no evidence an extension of the 39 month period is warranted. It’s important the spectrum be made available to meet our nation’s growing demand for mobile broadband services as quickly as possible following the incentive auction.”

Broadcasters might rest easier knowing now that backup reimbursement funding — and additional transition time — will be available if they need it after the 39-month clock starts ticking down in the auction’s wake.

One argument for pressing for relief as soon as possible is that the opposition from the wireless industry is likely to intensify after the auction is over, because wireless providers will be eager to put their new spectrum to use and begin earning a return on their investment.

While broadcast relief appears to be in an indefinite holding pattern in the House, the case for such relief has been winning some important public support in the Senate.

During a March 2 Senate Commerce Committee FCC oversight hearing, committee Chairman John Thune (R-S.D.), for instance, said broadcast industry concerns about the potential inadequacies of the reimbursement fund and the repacking deadline “deserve and will receive the close attention of this committee.”

Added Sen. Bill Nelson (D-Fla.), the Commerce Committee’s ranking minority member, during the same hearing: “Obviously, we will continue to watch the FCC’s work closely to make sure TV viewers are not disenfranchised.”

“NAB is delighted that a bipartisan group of congressional leaders is committed to addressing these important issues,” said NAB’s Wharton.

I feel like a parrot repeating itself… “Flex-Use In Exchange for Relocation Expenses!” It’s in the Rules! Why are not more broadcasters, broadcast groups AND the FCC more heavily promoting this Benefit?!

Congress will need to include an additional $1 billion for LPTV and translators also. We are providing our public service obligations mission under official spectrum licenses from the FCC. We have been encouraged to invest into serving unserved and unserved audience and communities. We transmit from over 2250 locations, and are authorized for almost 10,000 stations. We still have 1500 remaining analog to digital conversions. We have another 2000+ outstanding new construction permits. Across the country we have over 5000 facilities operating. When fully built out, we will have over 1.6 billion coverage pops, or 9.2 billion MHz pops. We have been invited and encouraged to invest into a national EAS reception and transmission capability, which we do everyday, 24/7, to communities and audiences unreached by the primaries. Why are our viewers any less important, and any less in need of public service obligations. WE WANT REOLICATION FUNDING LIKE EVERYONE ELSE. FRAK, THE CABLE COMPANIES GET RELO COST MONEY AND WE DO NOT!!! OUR MULTI-CULTURAL, MULTI-GENERATIONAL VIEWERS, CORD CUTTERS AND SHAVERS, AND LOCAL ACCESS FOR SMALL BUSINESSES AND GROUPS, AND THE ENTRY POINT FOR MEDIA INVESTMENT AND SMALL BIZ.

Appears you made a bad investment, knowing full well how the FCC views and licenses LPTV.

Thankfully, LPTV has a lot of friends on Capitol Hill, most notably Gene Green who has been a highly vocal advocate for low power TV. The issue of relocation funding for LPTV and translators is far from over.

As the entire Spectrum Auction, including how it applies to LPTV, was passed in 2012 during a Democratic Controlled Congress, he is a Democrat without much power it would seem. Perhaps it was since he went against his party and gave a speech on the floor linking Saddam Hussein to 9/11?