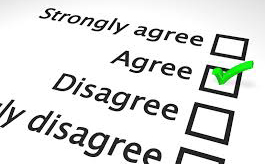 TVNewsCheck's second annual survey of creative services directors and promotion managers finds that social media have risen in stature, with 51.5% of respondents saying that they were either "extremely" or "quite" effective in promoting newscasts. That compares to 43.1% last year. Other findings show respondents grading the prospects of the local broadcasting business, local news quality, their management, their budgets and a host of others areas that promotion people deal with every day.

Social media as a cultural phenomenon are just about a decade old — Facebook was launched in 2004; Twitter, in 2006 — yet they have cemented their place as the No. 1 “outside media” for promoting TV newscasts, ranking higher (in order) than radio, websites and cable, according to TVNewsCheck’s second annual survey of creative services directors and promotion managers.

The ranking was tops in last year’s inaugural survey. The only difference in the ranking was websites finished ahead of radio for the No. 2 spot.

And since last year’s creative services checkup, social media have risen in stature, with 51.5% of respondents saying that they were either “extremely” or “quite” effective in promoting newscasts. That compares to 43.1% last year.

Asked what other social media were significant, 58 respondents offered one or more services. Of those, 32 mentioned Instragram with Periscope, Reddit, Pinterest, YouTube, SnapChat, Google Plus and Vine getting five mentions or fewer.

Conducted via email between June 8 and June 15, the 2015 survey attempted to suss out the attitudes of CSDs and PMs about the broadcasting business in general and TV marketing and promotion in particular. It included responses from 104 creative services directors (82%) and promotion managers (18%).

Each of the Big Three networks was represented by around 30% of the respondents; Fox by 20%. CW, MNT, Telemundo and independents were also represented to much lesser extents. Of the major networks, only Univision was missing.

The survey was top heavy with respondents from larger markets. A quarter were in DMAs 1-25 and another quarter in DMAs 26-50. The other half were scattered across the other 160 DMAs.

Results of the 2015 survey are compared with those of the 2014 survey, which was conducted in May of that year.

Respondents remain bullish on the local broadcasting business, but not quite as much so as they were last year. This year, 67.2% said they were “extremely optimistic” or “optimistic” about the prospects for the business over the next five years. Last year, 71% felt that way.

When asked to grade the quality of local TV news on a standard 4.0 scale, they only gave it an overall score of 2.74 or B-. The overall score reflects a mix of As, Bs and Cs for various news elements:

Last year, the overall grade was the same (B-), but investigative news managed only a C (2.07)

The respondents graded themselves similarly with a majority (53.3%) saying stations are “moderately effective” in marketing and promoting news and only 2.8% saying they were “extremely effective.” The results align with last year’s.

For the most part, the respondents had positive feelings about upper station management. Although nearly 39.3% said they would “disagree” or “strongly disagree” with the statement that management “puts public service ahead of ratings,” the percentage who felt that way was significantly higher last year (52.1%).

The respondents are feeling good about upper management even though most believe they won’t ever be a part of it. Asked if there was a path to become a GM, only 29.8% said yes. But that was up from 24% last year.

From a list of six, the largest percentage of respondents (29.3%) placed “poor or undistinguished newscasts’ as their greatest challenge followed by “not enough money for outside media” (28%). Last year, those two challenges were flipped with the insufficient outside media money (31.2%) cited by the most respondents.

Respondents were even more certain that writing was the most important key to successful promos. Asking to rank various promo elements on a five-point scale, they gave writing a 4.93, up from 4.78 last year.

The “elements” chart for 2014 looked much the same. The only difference is last year graphics edged out music in order of importance.

This year, the respondents gave a more emphatic yes (55.8%) to the question of whether their stations spend too much time and resources on the sweeps. Last year, only 50% said yes.

There was no significant year-to-year change in what respondents thought was most important in attracting viewers. Just like last year, they thought that weathercasters were more important than anchors, reporters and sports anchors.

For the second year, none of the Big Four networks distinguished themselves with their marketing and promotion. Asked to grade them on a standard 4.0 grading scale, the respondents sent home The Big Three with Bs and Fox with a B-. The GPAs were about the same as last year.

The networks’ and syndicators’ co-op programs earned GPAs of 2.75 and 2.51, respectively. Those numbers equate with the B-, which is better than the C+ the programs each managed last year.

Just over half (50.6%) the respondents characterized the quality of the marketing research as “excellent” or “good.” That’s up from 45.7% last year.

PromaxBDA rose in the estimation of the respondents who were asked how important the organization is in helping them do their jobs and advance in their careers. On a scale of 5 to 1, with 5 being most important, PromaxBDA scored an average rating of 3.27, up from 3.13 from last year.

Stations’ promotion and marketing budgets are tighter, according to the respondents. This year, 36.9% said that their budgets are increasing, and 44% said they are the same as the year before. Last year, 38.7% said the budgets were getting bigger and 42% said they were staying the same.

For more results from the survey, keep an eye on Paul Greeley’s Market Share blog this week.