Sony Helps WCTV Get More News On The Go 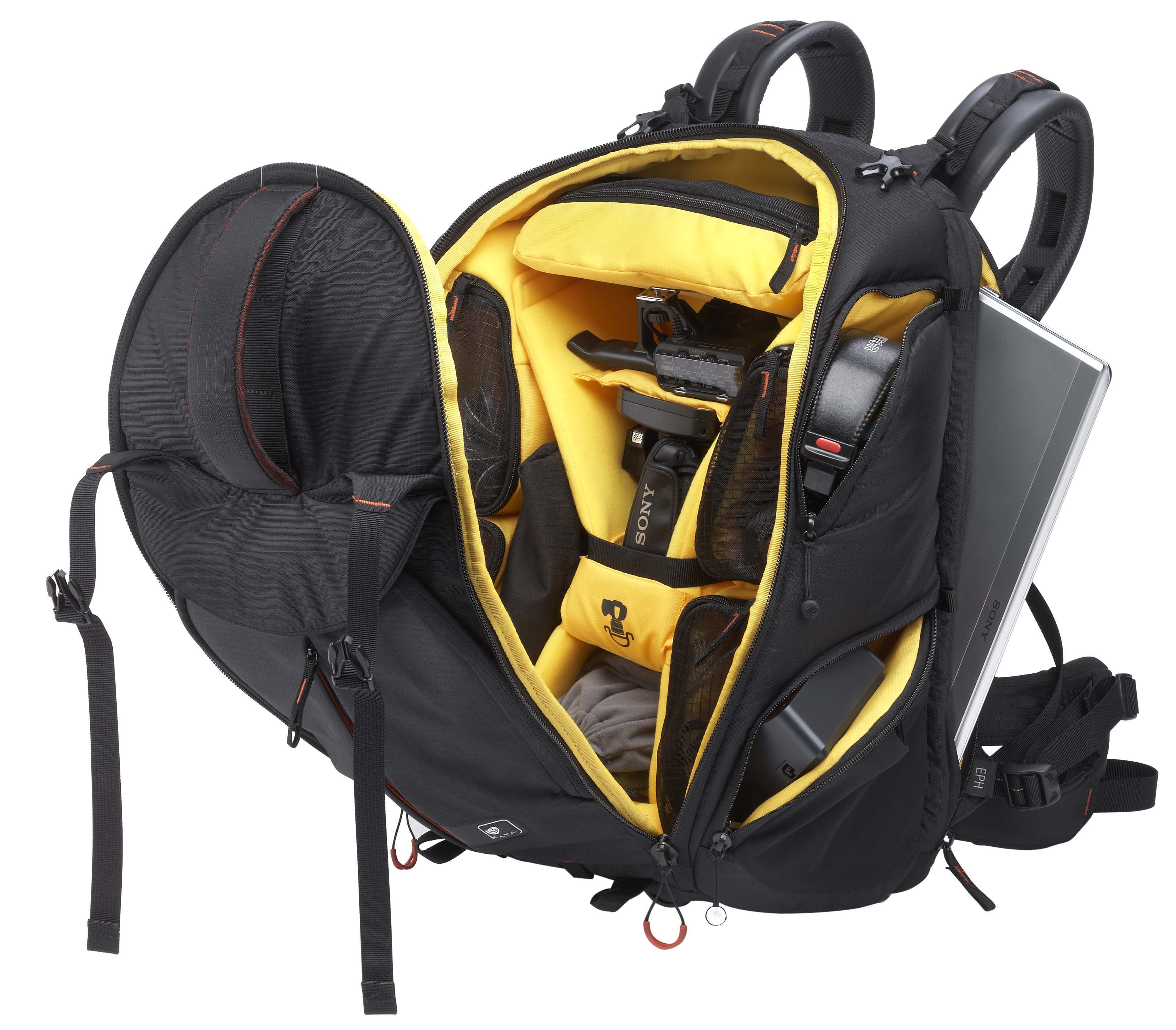 The Gray Television CBS affiliate in Tallahassee has tested and now ordered Sony’s new VJ Backpack, which contains everything you need for field production except the pathway home for the video. News Director Stan Sanders says, “The homerun for us was when people were watching our on-air content internally and nobody could tell the difference between which camera was being used. The quality is definitely there.”

When WCTV Tallahassee, Fla. (DMA 106), News Director Stan Sanders was a photographer back in the 1980s he weighed 110 pounds and carried 130 pounds of gear. He would have loved to have had then what he has just ordered from Sony after a month-long trial. That’s the VJ Backpack, a complete ENG acquisition package weighing less than 50 pounds.

The package comprises a Sony HXR-NX30U HD camera, a Sony Xperia tablet, a Sony VAIO laptop (loaded with Vegas Pro software) a tripod, a wireless UWP-V1 lavalier mic, a handheld mic, headphones, an LED video light and all the cables, batteries and chargers that a one-man-band journalist would need.

And it all fits neatly into a custom-made backpack and lists for $6,100.Without the laptop, the price drops to $5,400.

“For today’s multimedia journalist, carrying all of that equipment is challenging,” Sanders says. “Most people are familiar with backpacks, so this makes maneuvering in the field much easier.”

Sanders says the gear took no longer to set up than conventional equipment that can weigh more than twice as much.

During the trial the unit lived up to Sony’s promises, Sanders says: “The homerun for us was when people were watching our on-air content internally and nobody could tell the difference between which camera was being used. The quality is definitely there.”

Peter DiIorio, senior marketing manager, systems solutions,  Sony, says the Backpack has been available since last November and that so far interest has been high. Right now, he says, he is expecting orders for another 100 units, mostly from other broadcasters. (He says he’s not at liberty to name names.)

The Backpack was developed primarily for education markets — schools that train TV journalists, DiIorio says. “We embellished on it for news. We obviously had some conversations with Gray, but we took input from a bunch of our customers.”

Outside of its portability, Sanders says the biggest appeal might be the familiarity of the camera and all of its functions for new reporters. “This camera mirrors what many young journalists used in college. Being that we’re the 106th market, we’re going to have some people that start their careers with us. That’s exciting because the transition will be much easier.”

Introduced just prior to the NAB Show last year, the NX30 palm-sized camcorder at the heart of the Backpack features a one-third-inch image sensor and Balanced Optical SteadyShot image stabilization.

Using AVCHD recording, the camera has 96 gigabytes of internal memory (approximately 40 hours of HD content), with a slot that accepts either SD or Memory Stick media cards for additional recording capacity. “Another distinguishing features is it’s got an audio pod with two balanced audio inputs,” DiIorio says.

The camera does have its limitations. It has a fixed 35mm-equivalent lens, making shooting sports and breaking news from behind a police line challenging.

Mike Berry, who works in strategic business development at Sony, says a telephoto converter will likely show up in the future. “The whole concept of the backpack journalist is getting out in the field and being the one man to get the shot and the story.”

According to DiIorio, the tablet is included so that reporters can review their video on a screen larger than the camera’s viewfinder and so they can work with a teleprompter. The tablet comes loaded with a prompter app from Tiffen, a company best known for its filters. “The tablet is a very convenient platform,” he says.

In a video describing how to set up the camera and all of its accessories, it’s recommended that the reporter stand about seven feet away from the camera when using the tablet as a teleprompter to make the broadcast look natural.

As it is now configured, the Backpack makes no real provision for getting video back to the station. Reporters’ only options are to transfer the video to the laptop and find a WiFi hotspot or drive it back.

However, DiIorio says, Sony is working with Gray on a Backpack version that would include bonded cellular technology from TVU Networks, Gray’s preferred vendor.

Sony has long been a leader in selling camcorders to TV stations, all considerably more expensive than the NX30. But DiIorio says he doesn’t think the Backpack will cannibalize the existing business. “The NX camera is a great camera, but it’s not for everyone…. Some people would need something that performs better.”

Jim Ocon, VP of technology, Gray Television, says that he has worked closely with Sony in optimizing the Backpack for broadcasting and believes it is significant development given all it can do and the low price. He expects many of the Gray stations will adopt the Backpack as well the Sony Media Backbone production system for ingesting and moving video onto various distribution platforms.

“We have always been about the news,” he says. “The payoff is that we want to see higher story counts and we want to be able to know what our content is and archive it properly.

“It’s a turning point for great television in the sense that we can equip all of our reporters with cameras and editing equipment and then back at the station, we’re going to be much smarter about how to get this content in and send it back out.”