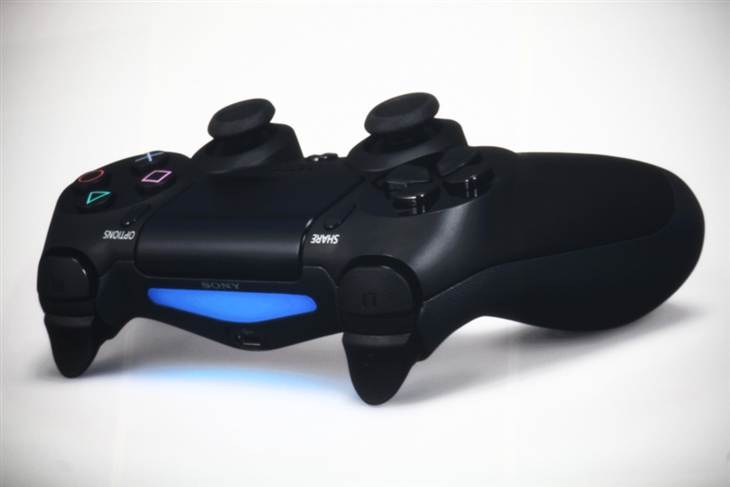 The Japanese electronics giant talked about its upcoming game console for the first time and said it will go on sale this holiday season. But Sony didn't reveal the device itself. Presenters played games that were projected on screens in a converted opera house, but the PlayStations themselves were hidden backstage throughout Wednesday evening's two-hour event.

NEW YORK (AP) — Sony showed off what the PlayStation 4 can do, but not what it will look like.

The Japanese electronics giant talked about its upcoming game console for the first time and said it will go on sale this holiday season.

But Sony didn’t reveal the device itself. Presenters played games that were projected on screens in a converted opera house, but the PlayStations themselves were hidden backstage throughout Wednesday evening’s two-hour event.

“I don’t know that the box is going to be something that’s going to have a dramatic impact on people’s feelings about the game. It will be a color and a size fairly comparable to previous consoles,” said Jack Tretton, CEO of Sony Computer Entertainment of America, the U.S.-based arm of the PlayStation business.

“There’s a big story to tell here, and it’s going to take between now and the holiday season to get all the details out there,” Tretton said in an interview.

The PS4 will be jostling for attention this holiday season with Microsoft’s successor to the Xbox. Details on that device are expected in June. Xbox 360 came out a year before PS3 and has been more popular, largely because of its robust online service, Xbox Live, which allows people to play games with others online. Having an event this early allows Sony to grab the spotlight for a few months, though the lack of an actual device was noted by many people on Twitter and elsewhere.

Sony did reveal that the insides of the PS4 will essentially be a “supercharged PC,” much like an Xbox. That’s a big departure from the old and idiosyncratic PlayStation design and should make it easier for developers to create games. Sony Corp. is using processing chips made by Advanced Micro Devices Inc.

“One of the big challenges we faced in the past was that we created great technology that we handed over to the development community, and they had to go through a learning curve before they could harness it. And when they did, we saw some phenomenal games,” Tretton said. “We wanted to lower that barrier of entry and really give them the ability to create tremendous gaming experiences from Day One.”

The adoption of PC chips also means that the new console won’t be able to play games created for any of the three previous PlayStations, even though the PS4 will have a Blu-ray disc drive, just like the PS3. Instead, Sony said gamers will have to stream older games to the PS4 through the Internet.

Other new features revolve around social networking and remote access. With one button, you can broadcast video of your game play so friends can “look over your shoulder virtually,” said David Perry, co-founder of the Sony-owned Internet game company Gaikai. With remote play, you can run a game on the PS4 to stream over the Internet to Sony’s mobile gaming device, the PlayStation Vita, which debuted last year.

The goal is to make the PS4 so good at figuring out what games and other content you want that it can download it without being asked, so that it’s available when you realize you do want it, Sony said.

“Our long-term vision is to reduce download times of digital titles to zero,” said Mark Cerny, Sony’s lead system architect on the PS4.

The PS4 is arriving amid declines in video game hardware, software and accessory sales. Research firm NPD Group said game sales fell 22 percent to $13.3 billion in 2012. With the launch of the PS4, Sony is looking to attract people who may have shifted their attention to games on Facebook, tablet computers and mobile phones.

Forrester analyst James McQuivey said Sony is missing the point by building what amounts to an upgraded PS3.

“Sony believes the future will be like the past and has built the game console to prove it,” he said. “Tablets and smartphones now engage more people in more minutes of gaming than consoles will ever achieve.”

Sony showed an updated controller that adds a touchpad and a “share” button. The controller also features a light bar, which means a new PlayStation camera can more easily track the device for motion control.

Dennis Fong, CEO of the gaming-centric social networking site Raptr, thinks Sony’s focus on sharing with the PS4 will be good for both gamers and business.

“The ability to capture an image, video or instantly broadcast what’s on players’ screen to their friends is transformational for the new generation of consoles,” said Fong. “Providing them with community tools to create videos and live broadcasts is a cool feature for gamers, and also great for business. User-generated content keeps players engaged with the game even while they aren’t playing it and also attracts new users from the buzz generated around this content.”

The bulk of Wednesday’s event was devoted to demos of games for the PS4, including a realistic team racing simulator, “Drive Club,” super-powered action sequel “Infamous: Second Son,” artsy puzzler “The Witness” and several first-person shooter games, including “Killzone: Shadow Fall.” Beyond games, the PS4 will let people create animation in 3-D using a Move motion controller – all in real time.

Last fall, Nintendo launched the next generation of gaming consoles with the Wii U, which comes with a tablet-like controller called the GamePad. The controller allows two people playing the same game to have different experiences depending on whether they use the GamePad or a traditional Wii remote, which itself was revolutionary when it came out because of its motion-control features.

Judging by Wednesday’s event, Sony seeks to improve but not revolutionize game play. The games were updates to existing ones, with improved graphics.

“At the end of the day, this is a device by gamers for gamers,” Tretton said. “The games that people go out and spend billions of dollars on are your traditional shooters.”

The original Wii has sold more units since its launch than both its rivals, but it has lost momentum in recent years as the novelty of its motion controller faded. Nintendo said it sold 3.1 million Wii Us by the end of 2012. It was a disappointing start for the first of a new generation of gaming systems.

In some ways, notably its ability to display high-definition games, the Wii U was just catching up to the PS3 and the Xbox 360, the preferred consoles to play popular games such as “Call of Duty.”

All three console makers are trying to position their devices as entertainment hubs that can deliver movies, music and social networking as they try to stay relevant in the age of smartphones and tablets. The PlayStation online network will have access to Sony’s video and music services, as well as Netflix, Hulu and Amazon, with paid subscriptions to those services. People will also be able to access Facebook.