Back to TVNewsCheck Home Print this page
TVNEWSCHECK FOCUS ON SYNDICATON

Syndicators Busy With Shows For Next Fall 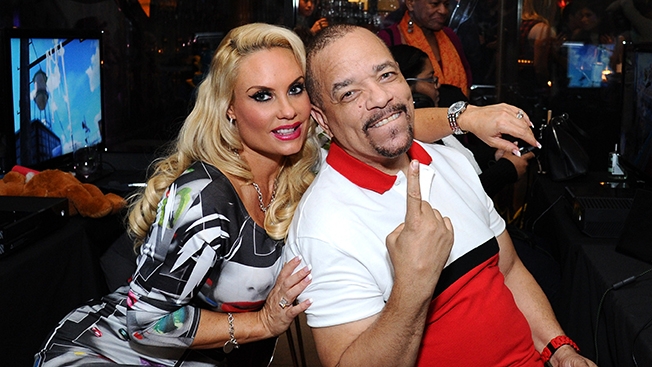 Among the new offerings for first-run syndication in the works or being pitched for 2016-17 is Ice & Coco (above), which got a three-week test this summer on Fox-owned stations in eight markets. Another show that just finished a test is Debmar-Mercury's The T.D. Jakes Show. More projects on the drawing board include a talker with Harry Connick Jr. from NBCU, Daily Mail TV from CBS, and the possible return of two former TV judges, Glenda Hatchett and Joe Brown. There are also two game shows being discussed: Sony's Chain Reaction and a daily version of Scientific Games' Monopoly Millionaires' Club.

The fall TV season has only just begun, but broadcast syndicators are thinking ahead to next season, shopping or developing several new shows — talk, court and games —  that stations can tuck into 2016-17 schedules.

Warner Bros. Domestic Television Distribution and Debmar-Mercury are out in the market with high-profile talk shows that got passing grades in summer tests. Warner Bros. is offering Ice & Coco, starring rapper/actor Ice-T and his wife, Coco Austin, while Debmar-Mercury is pitching The T.D. Jakes Show, featuring the Dallas-based minister and inspirational speaker.

Ice & Coco ran for three weeks on Fox-owned stations in eight markets, where it averaged a 1.0 rating/3 share in households.

T.D. Jakes was tested over four weeks on Tegna stations in four markets — WFAA Dallas, WXIA Atlanta, KARE Minneapolis and WKYC Cleveland. Debmar-Mercury is claiming significant year-over-year gains in time periods for T.D. Jakes on the four stations — a 33% increase in households, a 157% boost among women 25-54 and a 160% increase among adults 25-54.

NBCU Domestic Television Distribution is prepping a talk/variety show starring tousle-haired New Orleans singer and American Idol judge Harry Connick Jr. It would likely be the most talked-about new syndicated offering for next season — but only if the show gets the go-ahead from NBCU this fall.

That may depend on the performance of  The Meredith Vieira Show, also from NBCU, which just started its second season Sept. 8 with a new format aimed at boosting its ratings this year. The show now airs live, and features a panel of pop-culture commentators led by former ’N Sync singer Lance Bass.

NBCU won’t comment on the situation, but it is widely believed — and just as widely discussed — that NBCU will offer the Connick show only if Meredith fails to rebound in the ratings.

“They’re evaluating the Meredith situation now,” says one source. Whether the two decisions — one to discontinue Meredith and the other to go ahead with Connick — are linked, NBCU is expected to make a decision on the Connick show as early as next month.

CBS Television Distribution, meanwhile, is working on Daily Mail TV, a proposed half-hour strip for fall 2016 adapted from the British newspaper’s wildly popular tabloid website, DailyMail.com. The show comes from Dr. Phil McGraw and his son, Jay McGraw, under an agreement they made with the Daily Mail. The paper and the McGraw production company — Stage Twenty-Nine Productions — announced the venture last June.

Also in development for 2016 are two court shows that would mark the return of two well-known TV judges — Glenda Hatchett and Joe Brown.

The new Hatchett show, The Verdict with Judge Hatchett, is from Byron Allen’s Entertainment Studios. Andrew Temple, president of domestic television distribution for ES, said the show is a “firm go” for next fall and has deals with stations owned by Hearst, Meredith, Scripps, Gray and Corridor Television.

The other new court show, True Verdict with Judge Joe Brown, is being distributed by Washington-based Allied Media Partners with an eye toward a premiere next September, the firm’s proprietor Ed Baruch confirmed. “We are in negotiations now with numerous stations and station groups,” he told TVNewsCheck.

Rounding out the list of possible first-run offerings for next fall are a handful of shows whose status is up in the air. For example, Sony Pictures Television is rumored to be interested in bringing Chain Reaction, a game show it produces for the Game Show Network, to syndication. But the company has not “formalized” any syndication plans yet, a source says.

Scientific Games, the producer and distributor of the weekly game show Monopoly Millionaires’ Club, based on the multi-state lottery of the same name, is now talking about offering the show as a weekday strip, but no decision has been made.

Bill Carroll, SVP and director of content strategy for Katz Television Group, says he’s also heard of plans to revive at least three old game shows — Love Connection from Warner Bros., Make Me Laugh and He Said She Said, which first aired in the 1969-70 TV season and then returned later in the 1970s under the new title Tattletales.

Neither Make Me Laugh nor He Said She Said have distributors yet, Carroll said. And a source at Warner Bros. told TVNewsCheck that Love Connection is on the backburner while the company focuses the lion’s share of its efforts for next fall on Ice & Coco