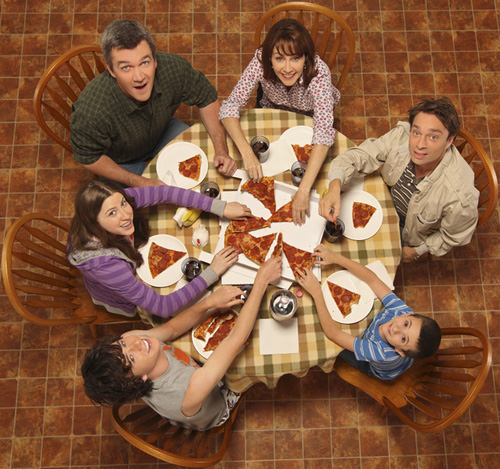 Warner Bros. has sold the Patricia Heaton-led sitcom in cash-plus-barter deals for a fall 2013 syndication debut. Among the buyers are 11 of the Tribune Broadcasting stations and 19 Sinclair Broadcast Group outlets.

Warner Bros. has sold the family sitcom The Middle into broadcast syndication for fall 2013 on Tribune Broadcasting stations in 11 markets, including WPIX New York, KTLA Los Angeles and WGN Chicago. Sinclair Broadcast Group has picked up the The Middle in 19 markets, including Pittsburgh and Baltimore, according to several sources familiar with these negotiations.

The Middle has been cleared on stations reaching 92% of TV homes, having also been sold to stations owned by CBS, Raycom, Newport, Belo, Cox, Local TV, LIN and others.

Cable network ABC Family has also picked up The Middle for fall 2013 and other networks may also sign on.

The Middle airs on ABC’s Modern Family-anchored Wednesday block. Last week, it ranked No. 23 among all network primetime shows with a 2.6 adult 18-49 rating. It’s averaging a 2.8 rating so far this season, up 8% over last season. The Middle debuted in 2009.

The Middle is the second off-network sitcom to snag major market clearances for 2013. Twentieth Television has cleared Modern Family, network TV’s No. 1 sitcom, on stations covering virtually the entire U.S., including Fox TV Stations in major markets. In 2010, cable network USA picked it up for fall 2013.