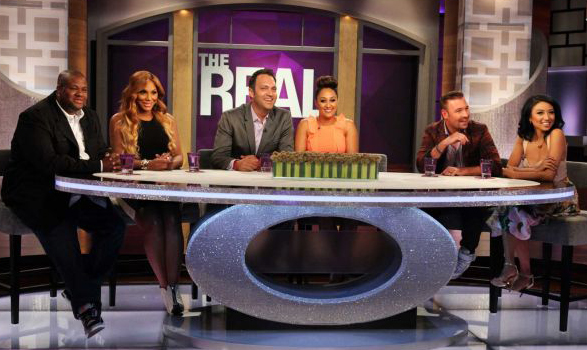 In its summer syndication test run, The Real is taking a different approach to the TV talk show format with a younger, multi-ethnic panel. Another new talker, Exhale, is getting a summer tryout on the black-oriented cable channel Aspire.

LOS ANGELES (AP) — Five women sitting around talking has become a TV staple. Five women talking, each of whom is either black, Asian or Latino, is something different.

It’s the approach tested by two shows: “The Real,” airing on a handful of Fox-owned stations, and the Aspire channel’s “Exhale.”

“It’s something we don’t really talk about. … We just picked who’s best for the show. We didn’t say, ‘Where’s our white one?'” Salsano said.

The difference in “The Real,” she said, is generational. Other female-centric talk shows like “The View,” the genre groundbreaker when Barbara Walters launched it in 1997, tend toward older hosts with more settled lives and perspectives.

As a 39-year-old woman with friends who are single like her or dealing with the ups and downs of married life, Salsano said, “There’s no one who represents me on any of those” other shows.

Relationships, child-rearing and other challenges “are topics these girls are living,” she said of “The Real” hosts.

Exactly, said Braxton, an R&B singer and star of the WE channel’s reality show “Tamar & Vince.”

“I’m a big fan of ‘The View’ and ‘The Talk,’ but with ‘The Real,’ it’s my generation,” whether the topic is pop culture or a candid take on daily life, she said. In a discussion of childbirth, “We really got honest with the audience. I didn’t have the best experience. … You only hear the good side” elsewhere on TV.

“Exhale” also is getting a summer tryout but, in contrast, the ethnicity of its five African-American co-hosts is front and center on Aspire, a black-oriented cable channel.

Issues including relationships, health, beauty, careers and financial planning are discussed in what Butler said are more than “30-second sound bites” by hosts Angela Burt-Murray, Erin Jackson, Issa Rae, Rene Syler and Malinda Williams, who are joined by doctors and other experts as well as celebrities.

The panel’s ethnicity “changes the focus of the conversation,” said Syler, a writer and TV anchor. “You wouldn’t necessarily see something that was of care and concern specifically to black women when only one African-American is represented. These are issues you talk about in your living room.”

The decision on whether “Exhale” will return for a second year is pending as the audience weighs in. Syler suggested that non-black women give the show a try.

“There are issues we talk about that transcend race. There are issues that all women understand: ‘Am I on the right path, am I going to find a soul mate?'” she said. Talk shows like “Exhale” provide a sounding board and “make it safe or you to own your own feelings.”