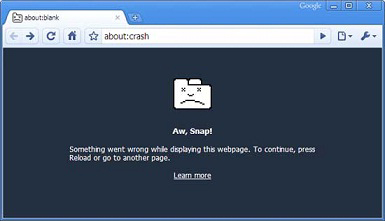 As websites are quickly becoming a go-to source for breaking news, broadcasters are urged to make sure their sites are optimized to handle unexpectedly large amounts of traffic. Internet Broadcasting’s Elmer Baldwin says stations “have got to be committed to the digital business being serious — and very important to our audience. It’s not just high-powered antennas. The Web is no longer just marketing for a station. It’s absolutely critical … and the primary breaking news source.”

The enormous surge in Web traffic following the Boston Marathon bombings tested local broadcasters’ ability to provide coverage online where it could viewed around the world.

At least two of the Big Four affiliates — Sunbeam Television’s NBC affiliate WHDH and CBS O&O WBZ — experienced glitches that prevented at least some users from accessing them on Monday, April, 15, in the immediate aftermath of the attack.

WHDH GM Chris Wayland traced the service interruption to “the volume of use.” More than 300,000 users were streaming video via the website at any given time that afternoon, he says. The site was being accessed from as far away as China and Russia.

The station was able to alleviate the problem that same afternoon, he adds. And it hopes the station’s move to the WorldNow online platform, already underway, will prevent future problems. WorldNow is the platform provider for Fox O&O WFXT, which apparently experienced little trouble with its streaming.

“We understand what needs to be done to make it work the way we want it to and we are making those adjustments,” Wayland says.

At times on that Monday afternoon, visitors to WBZ’s CBSBoston.com were met with a page saying “Something has gone wrong with our servers” and inviting them to try again “in a minute.”

A spokesperson for WBZ declined to discuss the matter other than to say the site experienced “no significant issues.”

Whatever the extent of the trouble in Boston, Elmer Baldwin, CEO of Internet Broadcasting, which provides the online platform for the market’s ABC affiliate WCVB and other Hearst Television stations, says the events in Boston should serve as a wake-up call to all broadcasters. WCVB’s site seemed to have held up during the bombing coverage.

“Getting news onto the Web is not new, and the people who started doing that way back in the day are still using those same old computer systems,” Baldwin says. “That works perfectly fine when the sun is shining and the birds are chirping and there are rainbows,” he says. But that doesn’t cut it  today when consumers expect TV stations to provide news on all platforms as it happens.

“When two million people show up, you better be ready,” he says.

Others news experts agree, saying stations risk their standing as a news source.

“It’s obvious if a broadcast news operation doesn’t have a timely, reliable Web presence, that news operation is on shaky ground,” says Suzanne Lysak, a Syracuse University broadcast and digital journalism professor. “The Web needs to be a reliable news source.”

That will become only more critical as today’s young news consumers, who rely primarily on the Web and social media for content, age and become a bigger part of the mix, she says.

The Boston newspapers also reportedly had trouble due to heavy traffic. Even the FBI’s website crashed after posting the bombing suspects’ pictures three days later.

“These are glitches that should never happen,” says Jaime Spencer, a Magid Associates VP who specializes in new media. “The sites should all be optimized to handle whatever traffic gets thrown at them.”

According to IB’s Baldwin, it’s all part of the new reality broadcasters need to embrace to stay relevant. While the recession, as well as digital conversion, left many broadcasters cash strapped, the industry now has to catch up, he says.

“These folks have got to be committed to the digital business being serious — and very important to our audience,” he says. “It’s not just high-powered antennas. The Web is no longer just marketing for a station. It’s absolutely critical … and the primary breaking news source.”

Melissa Hatter, EVP of client services at WorldNow, says stations that outsource their websites to providers like WorldNow and IB get the benefit of large infrastructures that are designed to perform even when conditions, whether big weather events or a spike in traffic, could otherwise take their toll.

“We don’t think about it as incremental traffic.  We think of it as exponential traffic and we plan accordingly,” she says.

Inergize and BIM are other third-party platform providers with many TV station clients.

Ironically, the troubles some sites experience due to the high volumes of traffic reflect the important role local broadcasters still play in times of crises.

“It’s good news, bad news,” Spencer says. “The good news is that local markets, and the people in them, rely on those brands that inform them and keep them safe. The bad news is crashes happen.”

File under: Breaking news from 2001. “Crashes happen”? That stopped being a viable answer at least ten years ago. If your expectation of your platform solution is “crashes happen”, time to get a new platform.

With WHDH, a large part of the problem with their streaming during the Boston Marathon bombing coverage was that they had switched over to a new streaming platform that was vastly inferior to their previous one. They switched back recently and things are back to normal. Maybe a lesson to broadcasters is to not “fix” something that wasn’t broken in the first place.

You should be listening to the PerfBytes broadcast. They attack meltdowns like the FBI website issue on every episode in a news segment called “news of the damned.” http://www.perfbytes.com