TV Has The Edge In Local News’ Future 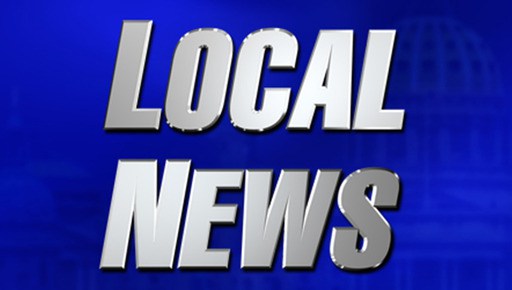 A new Knight Foundation study finds good news for local TV broadcasters in the future information landscape, suggesting they’ll have the dominant role. Their more aggressive presence on social media may be prodding that along.

The short answer? Shrinking audiences, but also larger newsroom staffs and more internal soul-searching and experimenting, the latter of which will reward those embracing new products and OTT opportunities.

The highlights of that study were fodder for a discussion at the Digital Futures Exchange here Sunday that posited TV’s survival advantages at its outset.

“By far local TV is in the best position for the future of supplying local news,” said Bob Papper, a journalism professor at Hofstra Unviersity.

Another dynamic is happening online. Papper said there’s a perception that newspapers supply most local news to readers digitally, but the reality is more complicated. That newspaper advantage is generally true in the top 25 U.S. markets, he said, but in markets 26 on down the median puts local TV at 53%, while newspapers trail at 38.1%.

He also cited ShareRocket data culled from 22 markets in which the company had comparative social media data for both TV stations and newspapers. The median social share there was 85.5% for local TV with newspapers lagging deeply behind with an 11.7% share, suggesting local TV’s dominance on social.

Deborah Wenger, a journalism professor at the University of Mississippi who worked on the report, added: “One of the top findings of our study was that social doesn’t appear to cannibalize the newscast.”

In fact, Wenger asserted something that’s often anecdotally acknowledged among newsrooms but has yet to be quantified: “There is a clear relationship between high levels of Facebook engagement, as defined by total actions and higher newscast ratings.”

The caveat, she said, is that when one station hits a wildly successful stride on Facebook, it appears to have a benefit for all of the stations in the market, not just the local TV ringer. But the cumulative effect is a win for broadcast in the social sphere, reinforcing its primacy.

Maintaining relevancy is also integral for TV to stay on top of the local news pyramid, the study suggests. To that, Mark Neerman, a Las Vegas-based regional news director for Sinclair Broadcast Group who joined the discussion, says consumers are now demanding more unique, relevant content.

“We simply have to be good or they’re not gonna watch,” he said. “Paint by numbers is not going to work. We can’t just be filling time.”

For Sinclair, Neerman said, that has meant deeper dives into major community issues, such as an ongoing Vegas Lost series at its Las Vegas station examining the impact of crime on a generation of young people.

For the series, that station dedicated a reporter who has made it his only beat, and Neerman said that has already yielded fruit.

“We have to systematically add this content within our newscast,” he said.

The Knight report suggests that kind of investigative work, which focuses on issues close to viewers’ day-to-day lives, will be a necessary differentiator for audiences, and the kind of news product that can help local TV hold its enviable position among other media.

If a 1 rating in key demos is the future of Local News than I guess that’s and Edge..but this lacks credibility..

The average top 50 market grinds out over 180 hours a week of local news. Most of the content is defined by crime, car wrecks, assorted mayhem, and nonstop weather hype. Ratings, especially demos have steadily eroded over the past ten years. The commercial glut is insane – averaging around 12 minutes in every half-hour newscast. (That doesn’t even include banners, pop-ups, billboards, etc.). The current buzzword is “investigate”. In most cases that’s just a synonym for “report”. Branding e.g. “On your side”, “We’re here for you”, “Live local and late breaking”, etc. is meaningless drivel. Most stations are just making the donuts.

Sure, the commercial glut is bad on TV, but it’s even worse on Radio, especially the stations that play Music (does not matter the format)!

another Paid Ad to post on the wall of cubicle’s in the Ad Sales dept. and send to clients

More beat reporters is one of the keys to the future.

Let’s hope that these large corporations care enough to take advantage of this opportunity. In lieu of 12 minutes of commercials it would be nice to stay relevant.