WCVB Boston Connects With Its Communities 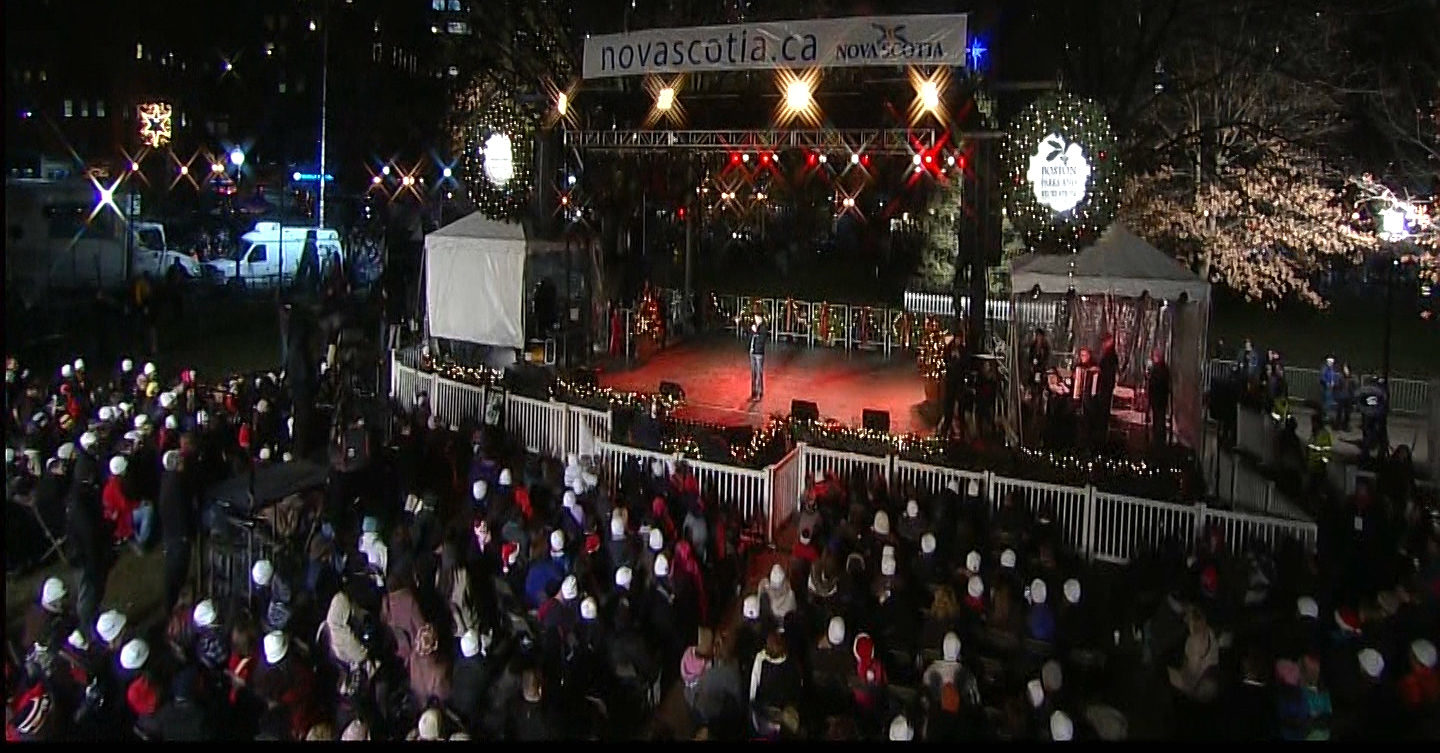 Hearst's ABC affiliate lights up hearts and screens in Boston with the annual Christmas tree lighting ceremony, an event it's been broadcasting for 16 years. And it finds time every weeknight at 7:30 to highlight PSA for various local, grassroots nonprofit organizations.

Just before 8 o’clock on Thursday night, Dec. 5, Boston Mayor Thomas Menino threw a switch that lit up a 48-foot tall white spruce tree from Nova Scotia in Boston Common, officially kicking off the holiday season there.

A crowd of some 20,000 people watched the two-hour event in person while another 300,000 watched the second hour live on WCVB, Boston’s Hearst-owned ABC affiliate, from 7 to 8 p.m.

In a year when Boston could use a little extra cheer and good will, “WCVB is truly honored to bring ‘Holiday Lights’ home to our viewers,” said Bill Fine, WCVB president-general manager, in a press release.

Fittingly, it was Boston’s good will that began the tradition.

On the morning of Dec. 6, 1917, a French cargo ship loaded with war-time explosives collided with another ship in the Halifax, Nova Scotia, harbor causing a cataclysmic explosion. The blast killed more than 2,000 people and was the largest man-made explosion prior to nuclear weapons. The resultant pressure wave created a tsunami that came ashore drowning five children.

Boston authorities quickly organized and dispatched a relief train to assist survivors, distributing food, water, and medical supplies. And Nova Scotia never forgot that gesture. In 1918, it sent a Christmas tree to the people of Boston to thank and honor the act, a tradition that continues to this day.

WCVB has been broadcasting this community event for 16 years. The festivities include singing and dancing performers as well as an appearance by Santa Claus.

While the Christmas Tree Lighting may be the most highly-profiled community event, it’s just one of many community efforts that WCVB does that earned it recognition a record 19 times by the Catholic Church’s Gabriel Awards as “Station of the Year” for its “ability to uplift and nourish the human spirit.”

“WCVB is known as Boston’s news leader, but we also want to be the go-to source for viewers when it comes to entertainment and the community,” says Russ Nelligan, WCVB’s creative services director.

“We do a lot of little things in the newscasts to create awareness about the community’s nonprofits,” Nelligan adds, citing the station’s “Help for the Holidays” project, where a local, grassroots nonprofit is featured every night in the evening news from Thanksgiving to Christmas. Here’s a page on the station’s website detailing the project.

And while most TV stations air public service announcements only in unsold inventory during the overnight hours, WCVB has a fixed schedule for PSAs on the log.

“Every night during Chronicle there’s one,” Nelligan says. Chronicle is the WCVB-produced, half-hour news magazine that it airs weeknights at 7:30.

Also this week, I have an update to a story I wrote about the St. Louis market.

In that article, I described how KMOV set about to win the 10 p.m. news from the long-time dominant news choice in that market, KSDK.

Market Share by Paul Greeley is all about marketing and promotion at TV stations and appears every Monday. Greeley has more than 20 years of experience in local TV marketing. He’s been a writer, producer, editor, creative services director and VP of marketing for a top-20 broadcast company and has experience in markets large and small. Read other Market Share columns here. If you have some ideas or stories you want to share, please let him know. You can reach Greeley at [email protected] or at 817-578-6324.