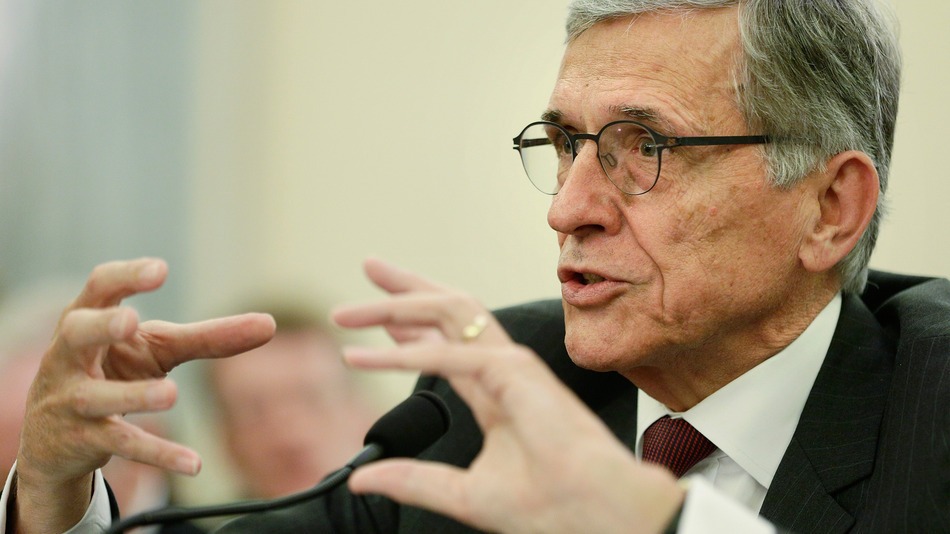 “One of the results [of the proposed JSA crackdown] ... will be the opening up of broadcast licenses for minorities, women, small entrepreneurs, because they’re currently being sucked off the market,” the FCC chairman told a congressional hearing Tuesday.

FCC Chairman Tom Wheeler told federal lawmakers Tuesday that his proposal to crack down on joint sales agreements is likely to result in more minority station ownership in the United States because it will lower the prices of TV stations currently held in JSAs.

JSAs have been undermining minority ownership, Wheeler said during a hearing before a House appropriations subcommittee, because they provide economies of scale that enable a broker station to pay more than an independent operator may be able to rationalize paying for the same property.

“One of the results [of the proposed JSA crackdown] … will be the opening up of broadcast licenses for minorities, women, small entrepreneurs, because they’re currently being sucked off the market,” Wheeler said.

The FCC chief also said the JSA crackdown — which is slated for a March 31 FCC vote — is intended to require broadcasters to publicly justify why any joint station operations might warrant a waiver from the FCC ownership rule that generally bars a broadcaster from owning more than one TV station in smaller markets.

During the congressional hearing, Wheeler’s minority ownership forecast drew a dissent from FCC Republican Commissioner Ajit Pai, who was also testifying during the session. Pai said that JSAs often provide efficiencies that keep afloat station operations that might otherwise go off the air in smaller markets.

“To me it strains credulity to suggest you could take away those efficiencies … and hope to have diversity embodied in this industry,” Pai said. “It’s simply not going to happen, given the current economic environment.”

Wheeler said the FCC waiver process would allow for the continuation of joint station operations that genuinely promote a public interest benefit after the March 31 vote.

However, he added: “The difficulty is that bad practices often hide behind the skirts of good people, and the reality that we’re facing here is that JSAs are being used to circumvent the commission’s rules.”

Wheeler also indicated that the crackdown was primarily aimed at broadcasters who have using JSAs to flaunt the FCC’s rules.

As one example, Wheeler cited an unnamed  broadcaster (sources speculated that he might have been referring to Sinclair Broadcast Group chief David Smith) who buys a station that’s in conflict with the FCC’s ownership rules but “gives it to his mother and then agrees to operate it and take all of the cash from it, and then buys another station, gives it to his former financial manager, and takes all of the revenue from it.

“We have a situation where public company broadcasters are saying to the SEC ‘we have control of these stations’ and saying to the FCC, ‘Oh, no, that’s a different company,’ ” Wheeler testified.

“What we’re trying to accomplish here is transparency, openness, a common set of rules — and indeed a waiver process that will make sure that [joint operations that provide genuine public interest benefits] get taken care of while at the same time we’re being faithful to our rules and our process.”

Also during the hearing, Wheeler said that 19 TV stations in the U.S. were owned by African Americans in 2006, while only four are today, and three of those four are under JSAs.

Given the ratings world we live and how can anyone own and operate a CW/MyNet type station by itself in a small market and afford to make it work?

What?!! Here’s what really strains credulity; the vacuous reasonings and meaningless use of buzz words of our current FCC chairman. The only thing eliminating JSAs will do is drop the value of stations. In that case, yes, TV stations might be more assessable to minorities and women. But eliminating JSAs and SSAs also means that owning broadcast stations is now less desirable for minorities and women–not to mention having to deal with the heavy lead hand of regulation from this FCC. Commissioner Pai made it clear that the majority of minorities and women who are broadcast station owners use JSAs as a means of keeping the lights on and keeping their stations solvent. But let’s not confuse Wheeler with the facts, his mind (and that of his handler) is already made up.

Many JSA’s and SSA’s are made up of a BIG 4 affiliate and then a 2nd station that is a CW/MyNet for example.
If you break up JSA’s/SSA’s in smaller markets, the 2nd station (CW/MyNet) will not survive on their own. There is not enough market revenue to support ‘the little guy’. A JSA or SSA with a combo of the top 4 (NBC and FOX for example) is a different story.

Any primary full powered station with MVPD must carry and mandatory retrans rights which can not stand on its own and prosper needs to change hands. 2nd stations like these are not “the little guy”, LPTV stations are.

Operating a commercial television station is expensive…especially if the owner tries to run a local news operation. The FCC tried to expand minority ownership in radio ( much less expensive to operate) for years and it did not work. Capital and lots of it are needed to buy and operate TV stations. If women and minoritys have a great track record in the industry they can find financial backing and buy an existing station. Adding more station to a market is not the way to success.

According to TVNewsCheck the CW did 0.3/1 Rating on 3/24. That is a “little guy’ and you cannot afford to make payroll with a stand-alone CW type station in a small market.

Its about time… the only efficiencies accrued from the JSA fiasco helps bankers and hurt the public… time to remember who the airwaves belong to, and that broadcasting is a public service..
With hungry energetic local owners will come local TV that can really serve the citizens.

Who are these hungry energetic local owners that you speak of. It sounds great, but they don’t exist and by passing these rules they’ll just appear? There would be so much financial carnage that banks would stop lending to broadcast except for the strongest players and more consolidation will occur, just not in a particular market.

“What we’re trying to accomplish here is transparency, openness, a common set of rules…” Mr. Chairman, how about being open and transparent about why your FCC won’t do its duty and address the mandatory quadrennial local-media ownership review?

Seems that minorities would be better served by buying stock (and thus ownership) in profitable broadcast companies than losing money as a third tier broadcast operation. And on another note, it seems strange that in the largest Black “Owned” Broadcast Company, Radio One, top management is mostly made up of non-African Americans. One has to wonder why Hughes/Liggens would structure the Operation of Radio One this way.

The public doesn’t care who owns a TV station. They don’t care about the details of who sells ad time for who, nor which news staff is finding stories for which newsroom. The public wants their TV station to be functional, and offer programming they want. Oh, and for the news anchors to be pretty. That’s it. People need to quit using “the public” as something that has an opinion in these matters. Until someone actually does a comprehensive survey of “the public” there is NO way you can know that they do or do not support your outrageous claims. When I talk to people I know about TV station ownership, they don’t care. I have not spoken directly to ANYONE who cares about JSA’s or SSAs.

Exactly right. All the public cares about is if Jeopardy and The Blacklist will be on this week. What’s more, the public is not harmed by JSAs/SSAs. If anything their favorite station or affiliate stays on the air and, possibly, keeps its local news. The purity and integrity of the so-called “public airwaves” is in no way being violated by these agreements. What Wheeler is doing here is setting up a JSA/SSA paper mache boogyman and using it as a pretext to carry out the much larger administration goal of severely crippling broadcast television so that it will eventually disappear.

This isn’t an agenda its a vendetta. Wheeler raised $500 million for Obama to get the job and now is trying to recoup from his cable buddies by abusing the public trust and crushing broadcasters. By the way the 19 minority owners he speaks of, 15 of them have sold out to other groups and made millions. The 4 left better sell quickly if they want to make money because this business is about to be ravaged.

Let’s all bookmark this article and come back to it in 5 years and see if any of Wheeler’s policies have increased ownership among minorities. If it has, I’ll happily eat my hat.