Back to TVNewsCheck Home Print this page
SLIDE SHOW 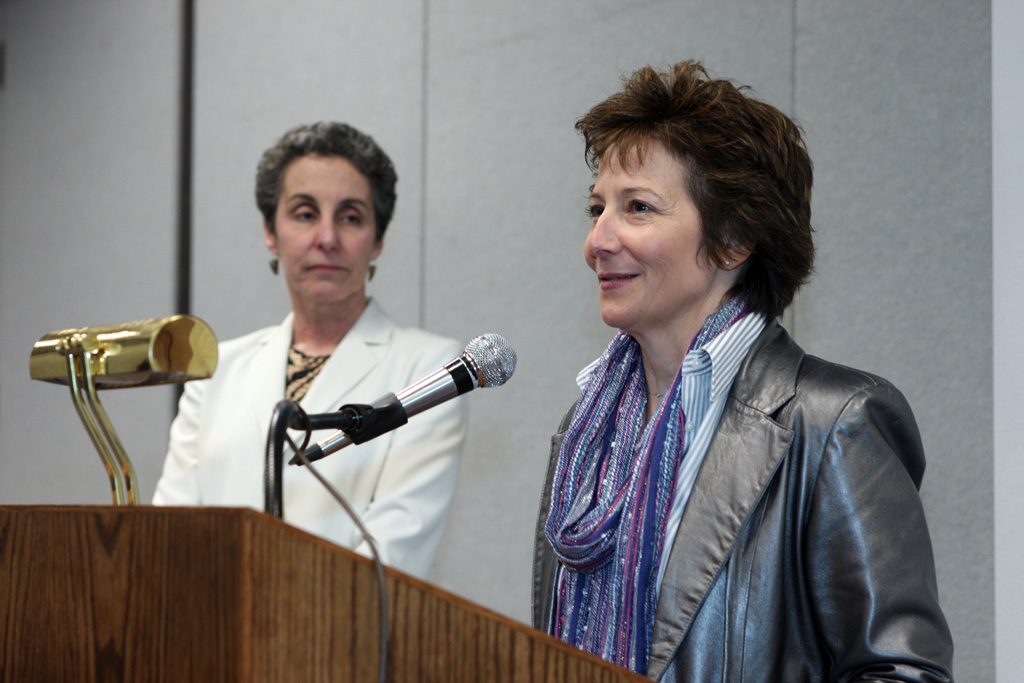 TVNewsCheck’s first Women in Technology Leadership Award Presentation and Reception at the NAB Show honored Darcy Antonellis, president of technical operations of  Warner Bros. (right). It also turned a spotlight on the National Association of Broadcasters Educational Foundation’s Technology Apprenticeship Program, which places engineering students in industry internships.The program is a beneficiary of the event, which was sponsored by Accenture, Modern VideoFilm, SDI Media and SwartAd. Receiving her award, Antonellis said she is a big believer in mentoring and volunteered to accommodate several of NABEF’s interns at Warner Bros. Helping Antonellis to celebrate that evening were leaders of the Alliance for Women in Media. (Photos by John Staley)

GOOD FOR YOU GUYs!!!